The hospitality room for life members and spouses opened Sunday afternoon and provided guests a place to catch up with old friends, meet new people, or just relax. Open daily, folks worked on a Florida themed jigsaw puzzle while others browsed books about Florida wildlife and history while sipping coffee or enjoying a snack. The room closed on Wednesday evening. 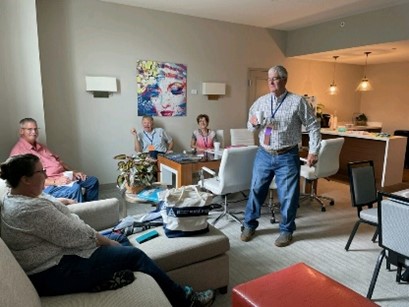 Life members and spouses toured either Wakodahatchee Wetlands or Norton Art Museum on Monday morning. The Wakodahatchee group encountered a variety of wildlife including alligators, invasive iguanas, nesting snowy egrets, tiny moorhen peeps, wood storks and a variety of other birds. They also learned how Palm Beach County utilities recycles treated wastewater by filtering it through a series of ponds and then piping it through purple pipes to golf courses, and common lawn areas of developments. They also met with a farmer, Ted Weinsberg who sold 150 acres at 1/3 of its appraised value to Palm Beach County to create a larger wetland and nature center called Green Cay Wetlands. 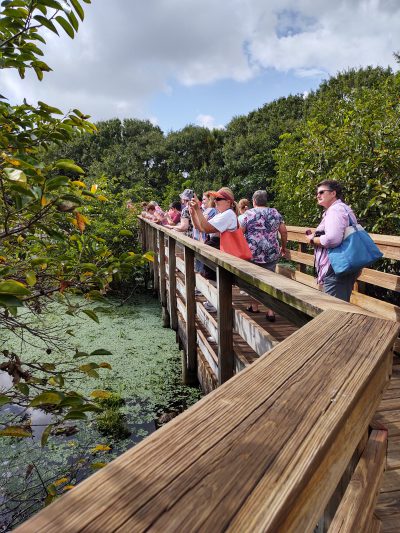 Meanwhile at the Norton Art Museum, participants pondered on the works of Picasso, Rembrandt, and Durer. The group gazed at the Norton glass collection a special exhibit showing until September. 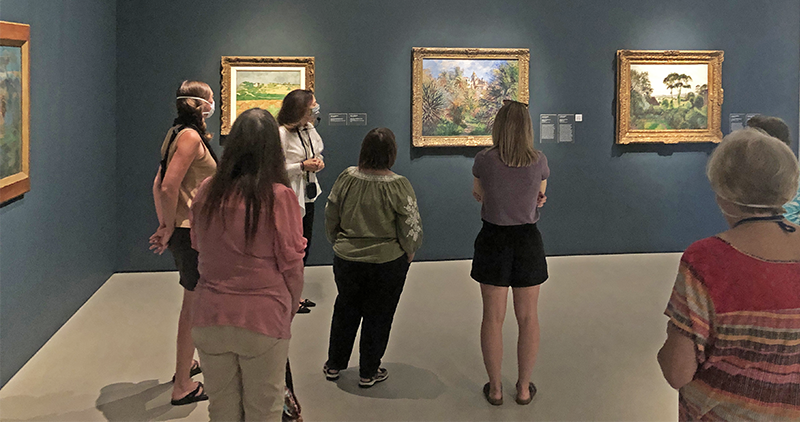 On Tuesday, 30 early rising anglers set sail aboard the Sea Mist III out into the Atlantic Ocean with high hopes of catching the “Big One”. 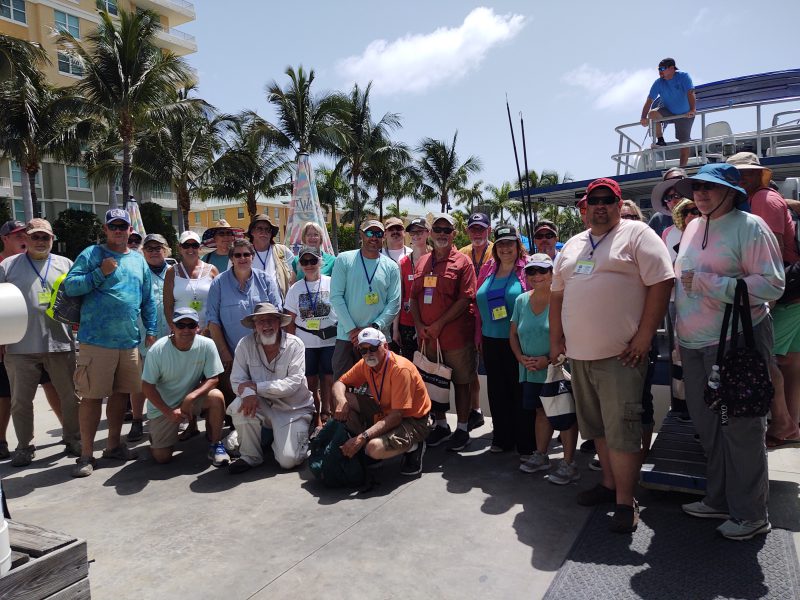 Life members and spouses after fishing on the Sea Mist III

Many of the anglers caught a variety of snapper, grouper, and trigger fish. One fellow did hook “the Big One” that peeled over 900 feet off his reel, bent the hook and swam away. We saw flying fish and a loggerhead sea turtle. Those who caught fish, enjoyed fresh fish tacos at the Two Georges Restaurant. The rest of us ordered off the menu. The smoked fish dip and blackened dolphin (Mahi mahi) sandwich were tasty. 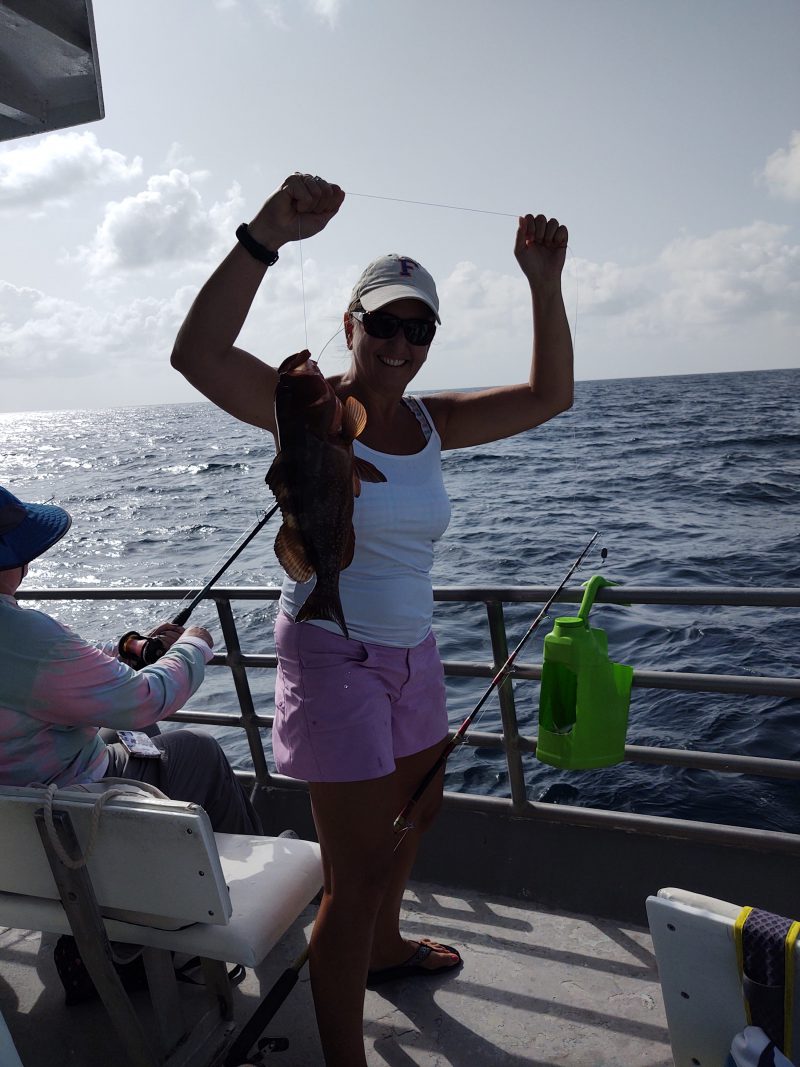 Life members and spouses who chose the land lubbers option on Tuesday toured Mounts Botanical Garden which is part of the Palm Beach County Extension office. They saw tropical fruit trees including tamarind (an ingredient in Worcestershire sauce), bananas, mango trees, carambola as well as a palm collection, ornamental grasses, herb garden and aquatic plants. Flavors of Cuban cuisine wafted through the air as a delicious lunch of black beans, rice and mojo chicken delighted the group.

Wednesday morning, part of the group cruised the Indian River Lagoon, one of the most biodiverse estuaries in the Northern Hemisphere and is home to more than 4,300 species of plants and animals on the Pontiki pontoon boat. 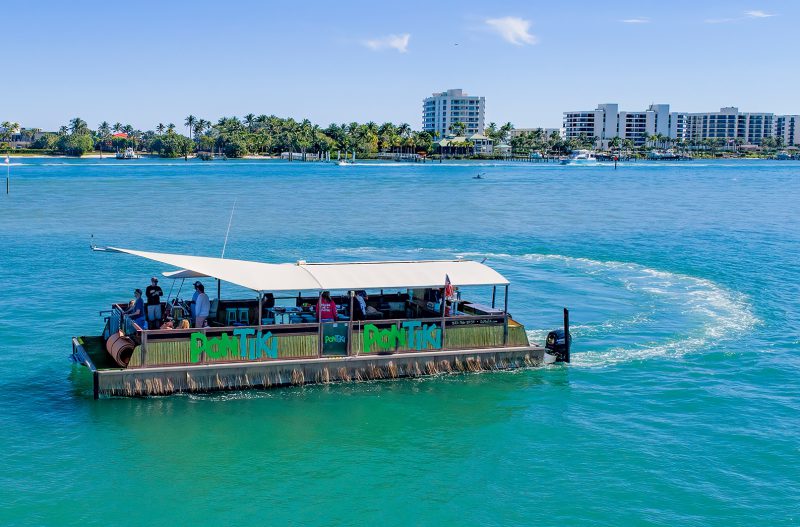 After a hearty lunch of “Pub subs,” the group learned about sea turtle rescue at Loggerhead Marine Life Center. 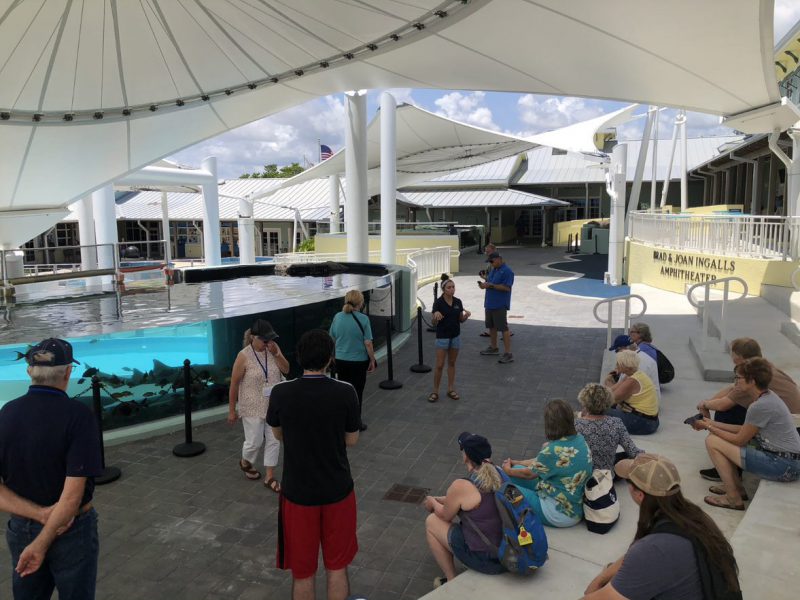 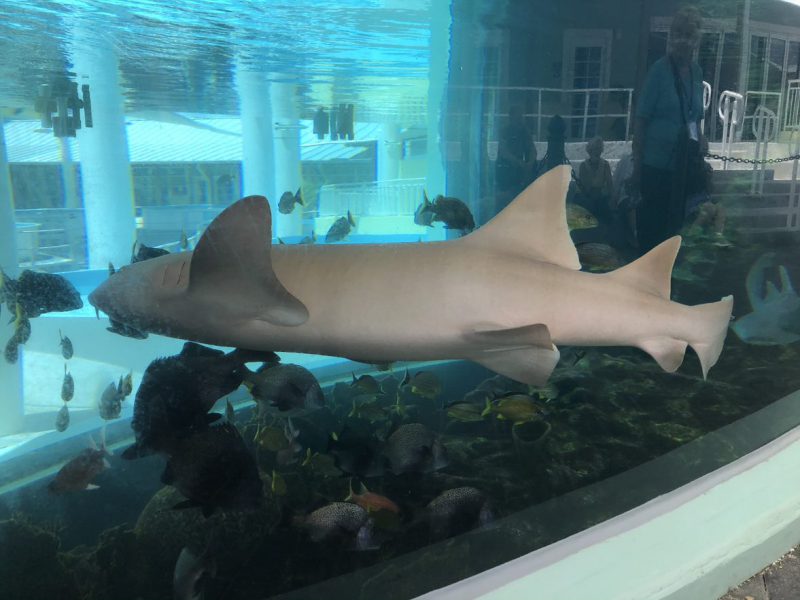 Life members and spouses also toured Pan’s Garden, a native garden on the island of Palm Beach and explored a private Palm Beach estate filled with tropical plants and orchids. 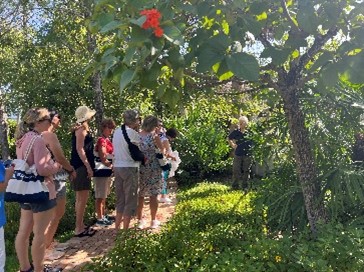 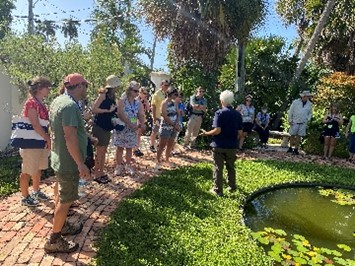 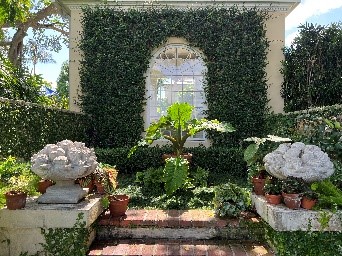 The last option for Wednesday’s tours was the home of Henry Flagler, the gentleman who started development in South Florida. The group toured the Flagler Museum and its 75 rooms as well as one of the original rail cars. 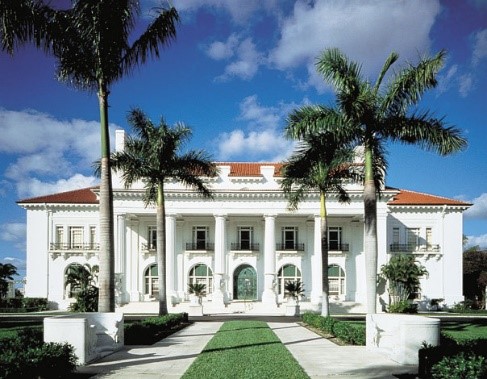 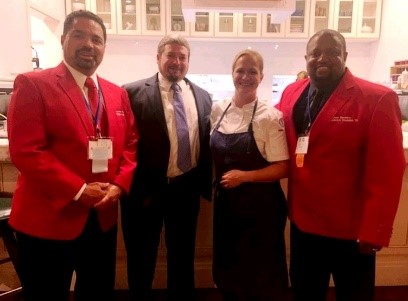 Chef Lindsay Autry, co-owner of the Regional Restaurant provided a food demo and tasting. She is a daughter of a North Carolina Extension Agent.