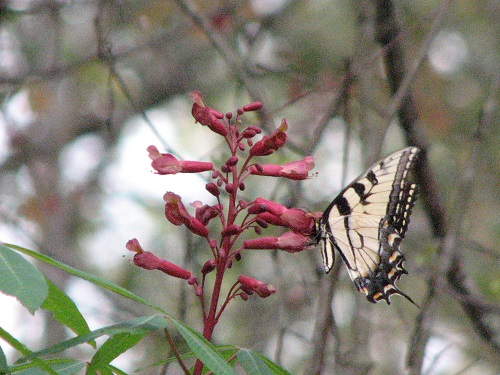 It’s not just the honeybees! 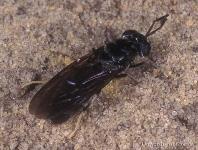 Earthworms aren’t the only beneficial composters!

I started a little vermiculture bin year before last with one cup of red wigglers from the local bait shop. I carefully sorted my garbage so there was no grease or animal protein in the bin and counted the worms every Saturday. Yes, I was a little obsessive about it.

The initial population was twenty-four and during the cold month it had gotten down to twelve. The bin finally rebounded. The last time I counted, there were 499 worms. I spent an hour looking for another to make a round 500 but gave up. I decided my bin must be doing all right and let it drift into a period of what I assumed was benign neglect.

The next time I stirred up the bin I saw large flattened maggots that made me think I’d made a BIG mistake. The wigglers were still working, but I was mortified they might be in serious danger of compost collapse.

A little research revealed they are the larvae of the Black Soldier Fly (BSF).  Being a fly it lacks a stinger.

Turns out the fly is an outstanding composter of animal manure and animal protein as well as a deterrent to nuisance flies. It is being used on a industrial scale to turn offal into compost/fertilizer and the larvae make great fish or poultry feed.

They had come to my worm bin because I had let it get wetter than the perfect red wiggler moisture level and because I had become lax in my garbage sorting. Instead of a problem, I had a bonus.

Mature larvae move to a dryer space to pupate. This tendency allows backyard MacGyvers to assemble a bin with a spout to deliver the larvae directly to the chicken yard or fish pond. What looks like an icky monster is really another natural wonder with lots of applications.

Check these links for more information on the Black Soldier Fly and how it can complement your red wigglers. 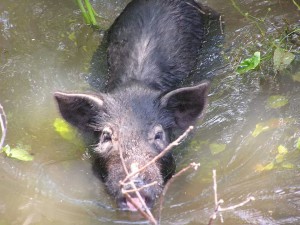 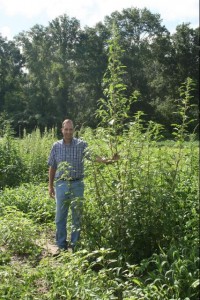 Deer feeders are common in North Florida, and “deer corn” is sold in multiple markets. Cross-roads convenience stores sell it in plain brown bags and big box stores in town sell it in camouflage  bags with three color pictures of giant bucks on the front. With the high price of corn in 2012, many hunters saved a few dollars buying “combine run” corn from local farmers or corn screenings from grain elevators. The corn’s no different, however, either product can contain weed seed, especially Palmer amaranth. These weeds can mean big trouble for farmers and hunters.

Palmer amaranth is a species of pig weed, but it’s not your granddaddy’s “careless weed”. It’s taller than either red root pigweed or spiny pigweed, and is becoming resistant to several herbicides, most notably glyphosate (“Roundup”). Amaranth seed are small and plentiful (1 to 1.5 millimeters in diameter) and easily can fit in the nooks and crannies of grain harvesting and handling equipment. 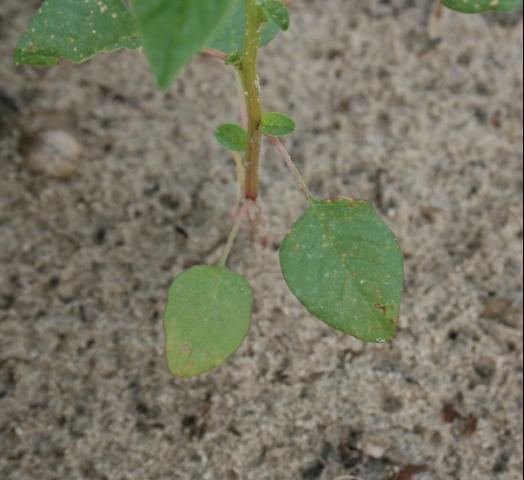 Palmer amaranth first true leaves have small notches on the end and can serve as an identifying characteristic. Photo Courtesy of University of Florida / IFAS.

Once Palmer amaranth seed make it into a deer feeder, there’s a huge opportunity for seedlings to take root in places under the radar of typical scouting and control measures. If these seedlings are herbicide resistant, you’ve done far more harm to the landowner than any savings on corn cost can offset. Conservative estimates indicate herbicide costs have at least doubled due to herbicide resistant weeds. Do your local farmer a real favor; scout and control weeds coming from your deer feeder.

Further information on identifying and controlling Palmer amaranth is available from your county Extension agent or at http://edis.ifas.ufl.edu/ag346

Feeding corn to deer and turkey is permitted by the Florida Fish and Wildlife Conservation Commission as long as the following restrictions are met. “Resident game and wild hogs may be hunted in proximity of year-round game-feeding stations on private lands, provided the feeding station has been maintained with feed for at least six months prior to taking resident game,” and “Wild turkey may not be taken if the hunter is less than 100 yards from a game feeding station when feed is present.” See General Information regarding Feeding Game at http://myfwc.com/hunting/regulations/general-information