What do you think of when you hear the word bacteria? If you are like most people, you probably think of those teeny, tiny germs that are invisible to the naked eye, but have the potential to cause serious illness. And while you would not be wrong to think that way, you would be leaving out a huge percentage of bacteria that are considered “good” bacteria.

The common name for “good” bacteria is probiotics (from the roots pro and biota, meaning “for life”). They are a group of beneficial microorganisms that have been shown to improve a variety of digestive and other conditions, such as irritable bowel syndrome and urinary tract infections. 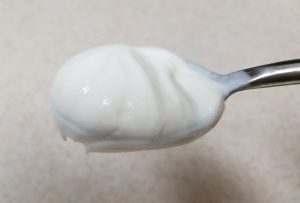 Foods like Greek yogurt are a good source of probiotics, which have been shown to have a positive effect on digestive health. (Photo source: Samantha Kennedy)

Probiotics are found in a variety of foods, primarily fermented foods such as Greek yogurt and cottage cheese, fermented drinks such as buttermilk and kombucha, and pickled vegetables such as pickles and sauerkraut. The bacteria required for the fermentation process – the process that gives these foods their tangy flavor – have been shown to provide natural health benefits.

The primary benefit of probiotics is their positive effect on a variety of gastrointestinal ailments such as diarrhea, ulcerative colitis, Crohn’s disease, and stomach ulcers. According to Harvard Medical School, probiotics can also help reduce the presence of harmful bacteria, such as H. pylori and C. difficile, both of which can cause digestive problems.

In Northern Europe and many Asian countries, people get probiotics mainly from food sources, where fermented foods are consumed more regularly. Here in the United States, many people get probiotics from over-the-counter (OTC) supplements. These products are not regulated by the Food and Drug Administration, however, so when choosing OTC supplements, be wary of the claims they make.

The information about probiotics is not all positive, however. Some people report an increase in diarrhea after taking probiotics for the first time, which usually goes away with time. Also, people with a compromised immune system may experience illness caused by probiotics if too many are taken.

That being said, OTC probiotics have also been shown to have positive effects on health, when taken as directed. However, they are not a cure-all, and more research needs to be done to learn more about their complete effects on gastrointestinal health and immune support. Just like with other supplements, it is important to consult with a physician or pharmacist before beginning a probiotic regimen.

So, what is the final word on probiotics? Well, it depends. While they are not a magic bullet that can cure everything that ails you, they can be a positive addition to a healthy diet. Many foods that contain probiotics also contain other important nutrients such as protein, vitamins, and minerals, which are an important part of a nutritious diet.

One more thing: do not confuse prebiotics with probiotics. Prebiotics are non-digestible, short-chain carbohydrates that serve as fuel for probiotics. On their own, they do not offer any health benefits, but they can serve to promote the growth of probiotic species. Foods with high amounts of prebiotics include fruits and vegetables and whole grains, so a diet rich in these foods can help promote the growth of beneficial bacteria.

UF/IFAS is an Equal Opportunity Institution. 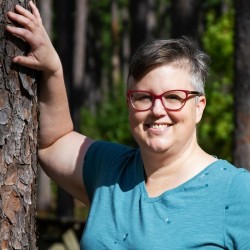 Samantha Kennedy
Samantha is the County Extension Director and Family & Consumer Sciences agent in Wakulla County.She has worked for UF/IFAS Extension since 2004.She has a B.S. in both Microbiology & Cell Science and Nutritional Sciences and an M.S. in Agricultural Education, both from UF.Her areas of expertise are nutrition, health & wellness, chronic disease prevention, food safety, disaster preparedness, and financial literacy.You can reach her via email at skennedy@ufl.edu or by calling (850) 926-3931.