Small Steps Are the Key to Healthy Change Oliver Wendell Holmes, Jr. once said, “The greatest thing in the world is not so much where we are, but in which direction we are moving.” That saying holds true when it comes to our health and our finances.

Health and personal financial issues affect millions of Americans. We struggle with epidemic obesity rates, over 79 million Americans have “pre-diabetes”, debt and bankruptcy filings remain high and millions of Americans live on the “financial edge” with less than the recommended three months’ emergency fund set aside for the future. Problems that develop gradually soon become overwhelming.

Many of us, when faced with the need to change, see our problems as unbeatable and “freeze” instead of moving forward. It is true that there is no easy way to lose weight, gain wealth or become debt-free. Even drastic fixes like weight loss surgery or bankruptcy come with huge risks. So, what is the secret?

According to Former HHS Secretary Tommy G.Thompson, small steps are the key! Mr. Thompson stated, “Consumers don’t need to go to extremes – such as joining a gym or taking part in the latest diet plan – to make improvements to their health. But they do need to get active and eat healthier.” No step is too small to get started and you can never be too early or too late. Examples might include walking during your lunch break, cutting out 100 calories a day, saving the change you accumulate each day or tracking your spending for a month. Anything you do daily over a period of time will soon become a habit, or an “automated” behavior. When your healthy behaviors become automated – no matter how small – you’ve just taken a step toward physical and/or financial wellness.

In the end, your health is in your hands. Set realistic goals, take small steps to reach them, learn from the obstacles and believe that you can achieve. And remember, “In the end, the only people who fail are those who do not try.” – David Viscott

Adapted from Small Steps to Health and Wealth, B. O’Neill and K. Ensle, 2013. 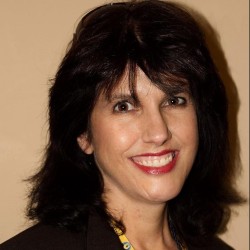