Recipes are a Great Way to Preserve Family Traditions

Since I can recall, I’ve liked to read cookbooks. Old cookbooks, famous cookbooks, church cookbooks, regional and seasonal cookbooks, and cookbooks hot off the press! I read the forward and the preface (… if there is one). I don’t just look at the pictures, but I read the recipe for yield (number of servings), ingredients and amounts, and the way the ingredients are combined. I read about the equipment required to prepare the recipe and the amount of time it takes to complete the task. 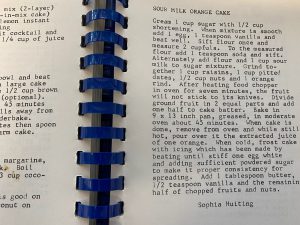 A narrative format is common with many older or handwritten recipes.
Photo credit: Heidi Copeland

Generally, I have found that old cookbook recipes often seem different and that handwritten, handed-down recipes tend to be vague. I also have  found that the product does not always turn out like the picture. Yields – the amount a recipe feeds – has certainly changed over time and recipe ingredients have become more and more varied, as has their use. Who knew toasting spices completely changes their flavor profile and that umami is important?

It used to be that people learned to cook by watching someone else. However, that seriously changed as more and more folks became literate. In fact, the first cookbook published in the United States, American Cookery (Hartford Connecticut 1796), has been designated by The Library of Congress as one of the 88 books that shaped America. This first cookbook used uniquely American ingredients of the time and provided American cooks with quite a litany of receipts, the old-world way of documenting what we now call a recipe.

Recently, I listened to a radio interview with Adrien Miller, a cookbook author who has been on a quest to document uniquely African American cooking histories.

I chuckled to hear Adrien Miller describe a handwritten recipe from a friend or a relative as a lesserpe… his terminology for the unexacting nature of a recipe given from someone who really doesn’t need an exact rendition because they know what they are doing and assume you do, too.

Recipes are a great way to hand down our own historical traditions. However, having been charged with giving out a lesserpe…, I find it is critically important to be as exacting as possible when sharing recipes with friends or family.

A good, standard format for a recipe includes:

Remember, too, that a recipe is a history. History evolves. Aunt Margaret might have written a narrative format (paragraph) recipe but today that form might be seen as hard to follow.

Here is an example from Aunt Margaret:

Preheat oven to 425 degrees. Line a 9-inch pie pan with your favorite crust. Combine and sift together 1/2 – 2/3 cup white sugar, 1 1/2 tablespoons cornstarch, 1/4 teaspoon nutmeg, 1/2 teaspoon cinnamon. Combine and sift over apples (about 3#, cut up). Stir apples gently until well coated. Place in pie shell and dot with butter. Cover pie, slit or prick crust. Bake at 425 degrees for about 15 minutes then reduce heat to 375 degrees. Bake until done.

1/2 cup white sugar, more if you like it sweeter

This holiday season, don’t be blamed for sharing less than the whole recipe.  Recipes can be a valuable tool for passing on important family food traditions, now and into the distant future. Learn to write a good recipe with details. You might just be the talk of the table for eons. 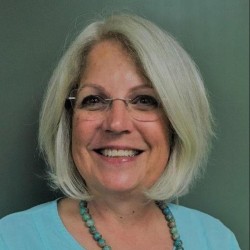