Heaves – The Horse Version of COPD

Heaves is a non-infectious respiratory disease of horses that is similar to Chronic Obstructive Pulmonary Disease (COPD) in humans. It is considered progressive, and degenerative. That means it will never go away completely and each bout will get progressively worse.

There are a number of forms relative to cause, but they share similar symptoms. Horses react to an allergen and airways become restricted so air cannot move normally. The tissues of the lungs become inflamed and thicken. An affected horse will likely cough, wheeze, have an increased respiration rate, flared nostrils, nasal discharge and will become intolerant to exercise.  Removal of the irritant often abates the symptoms, so remission can occur. With each successive bout however, the lungs lose more elasticity. Over time, breathing out requires as much energy as breathing in. The result is enlarged abdominal muscles in the area of the flank that are referred to as “heave lines.” Figure 1. Figure 1. Enlarged abdominal muscles in the area of the flank that are referred to as “heave lines.” Source: Twin Pines veterinary Services.

Though there is no cure, the symptoms can be treated orally or with injections. Corticosteroids can help reduce inflammation. Unfortunately, laminitis and/or generalized infection can occur with prolonged use of corticosteroids. Aerosolized bronchodilators (Ventolin/Proventil or albuterol) can be prescribed and administered with a tight fitting mask placed over the horse’s nose that works much like an inhaler for humans. Figure 2.  Though costly, they are very effective and have fewer side effects. Figure 2.  Aerosolized bronchodilators that work much like an inhaler in humans can be prescribed and administered with a tight fitting mask placed over the horse’s nose. Source: Twin Pines Veterinary Services.

You can manage the disease by minimizing exposure to allergens. Keep records of occurrence so that you can identify the triggers and when they occur. Determine if it is seasonal or year round. To stop the irritation, change the environment, reduce dust, soak hay. If your horse has seasonal heaves, it is likely due to an irritant associated with grazing pasture. You can place the affected horse in dry lot during seasons when they are reactive to pasture.

Though the precise allergen(s) in grasses have not be defined in Florida, there is reason to suspect endophytes and mycotoxins as triggers. In an effort to identify grass species that contain fungal endophyte and mycotoxin presence, UF/IFAS researchers, led by Ann Blount, UF Forage Breeder, have received funding from the Florida Cattle Enhancement Fund. Researchers are currently sampling bahiagrass, bermudagrass and limpograss pastures on approximately 13 ranches state-wide over a period of one year. Analysis of these samples will help UF/IFAS researchers provide unbiased information about endophyte and mycotoxin presence in forages and how it relates, if found, to animal health and performance.

If you think your horse is suffering from heaves, contact your veterinarian for diagnosis and a course of treatment. 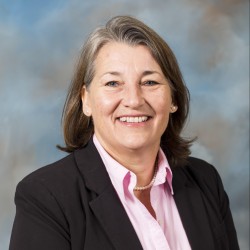