Get your red, white and blue decorations out to celebrate Flag Day 2021. According to History.com Flag day began in 1885 when Bernard Cigrand, a Wisconsin teacher, who led his school in the first formal observance of the holiday. Both President Wilson, in 1916, and President Coolidge, in 1927 issued a presidential proclamation asking for June 14 to be observed as National Flag Day. In 1949 congress approved the nationals observance for the United States Flag to be honored in commemoration of the flag’s adoption June 14, 1777. Since that adoption there have been 27 different versions of the flag. 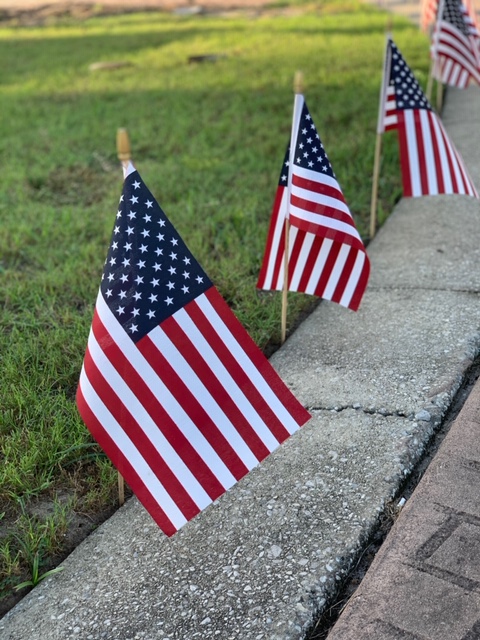 Why is flag day important? The American flag serves as a symbol of our nation and tells the story of America. It represents the freedom, perseverance, and growth of the United States. As a national symbol, it has rules that go along with the display and use of the flag. These rules are part of the U.S. Flag Code. The flag code is a set of rules and regulations that defines ways in which we give respect to the American flag. It includes how we should display, handle, care for, and dispose of the American flag. Our observance of this code is considered flag etiquette. Knowing these rules and the history of the American flag will help you demonstrate your patriotism and respect toward the sacrifices made for our country and freedom.

In a time of national mourning, the flag flies at half-mast.  Half-mast is when you position the flag below the top of the staff – the exact measurement determined by the position of the flagpole. Doing so is a mark of respect for those who have lost their lives. Times when you fly a flag at half-mast include days like Memorial Day, Patriot’s Day, Veterans’ Day, and in the event of a death of a member or former member of the government. There are sites to receive alerts of when to fly half mast. The U.S. Defense Department says the flag should only be flown upside down “to convey a sign of distress or great danger.”

Presentation of the American flag at an event also has requirements. One of the requirements includes removal of your hat during the flag presentation, raising, or lowering as a sign of respect. The same is true for reciting the Pledge of Allegiance. If an American flag is present on a stage or during a speech, correct placement is ahead of the audience on the stage and to the speaker’s right as he/she faces the audience. There are rules how to properly store the American flag. The proper folding of the American flag is in the shape of a triangle with the union (blue spangled section) visible. Folding the flag is tricky, but Indiana 4-H has a great flag folding activity that helps youth and adults gain practice. This activity teaches the step-by-step process on how to properly fold the American flag. There are some tips that you want to keep in mind while learning or teaching how to fold the flag. It takes two people to fold the flag, and each person should start by holding the short sides of the flag, helping make sure that the flag is tight. When folding, you want to fold the flag in half lengthwise two times before you start “cornering.” Cornering is when you start to fold the flag into triangles, beginning at the striped end of the flag. Once you have it properly folded triangularly you will want to store it in a well-ventilated area to keep it dry in order to prevent mildew. Remember, When storing the flag, it is important to keep it dry, folded properly and on an elevated shelf or surface so it will not touch the ground.

Caring for the flag

You may want to consider ways to make your flag last longer. Often, the flag might just need a good cleaning or a minor repair. Ways to increase the longevity of your flag include getting it cleaned, taking it down during bad weather, and making minor repairs as soon as you see damage. The American Legion says you can wash your flag at home or take it to the dry cleaners. If you choose to wash at home, mollymaid recommends using a mild detergent and either hand washing or on the delicate cycle with cold water. Dry the flag by hanging it on a clothesline or letting it lay on a flat surface.

You need to retire a flag or remove it from service when it is in a condition of being worn beyond repair, has large rips or tears and is no longer a fitting emblem for display. It is important to retire the American flag a respectful manner. There is a protocol for flag retirement, providing a dignified way of destroying American flags no longer fit for display. The preferred method of disposal is a flag retirement ceremony. There are several organizations within local communities who collect and perform these ceremonies, such as American Legion, Veterans of Foreign Wars, 4-H Camps, Boy Scouts and more.

If you want to dispose of the flag yourself, you can do a retirement ceremony by burning the flag or by recycling it. The protocol for a burning ceremony is to have a fire that is large and intense enough to burn the flag completely. The steps include placing the flag on the fire while observers salute the flag, recite the Pledge of Allegiance, and have a moment of silence. Upon completion, safely extinguish the fire. Beware of burning synthetic flags, such as nylon, can produce dangerous fumes. If you have a synthetic flag consider a different method of retirement like recycling your flag. To do this, cut apart your flag by separating the 13 stripes and leaving the union (blue spangled section) intact. Once cut off, the flag is no longer the official flag allowed for disposal of the parts. Upon the completion of the recycling, you can do a brief ceremony paying tribute to the stars and stripes before sending it off. We encourage you to take the fabric scraps to any local textile recycling drop-off.

Flag etiquette is not a typical classroom lesson, but it only takes a moment to learn the various regulations under the U.S. Flag Code. We encourage you to take time yourself to find more information to help further your knowledge and understanding of the flag etiquette. There are many great resources that are available online:

From this article, we hope that you learned of the importance of the life cycle of the American flag. When and how to properly display, store, care, and dispose of this national symbol. Enjoy Flag Day in 2021 and show your pride in our county by showing proper respect for the American flag and displaying it proudly or by displaying the Red, White and Blue in front of your house! 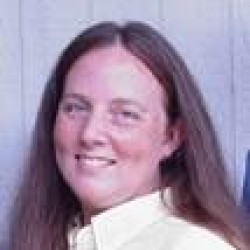 Latest posts by pmdavis (see all)