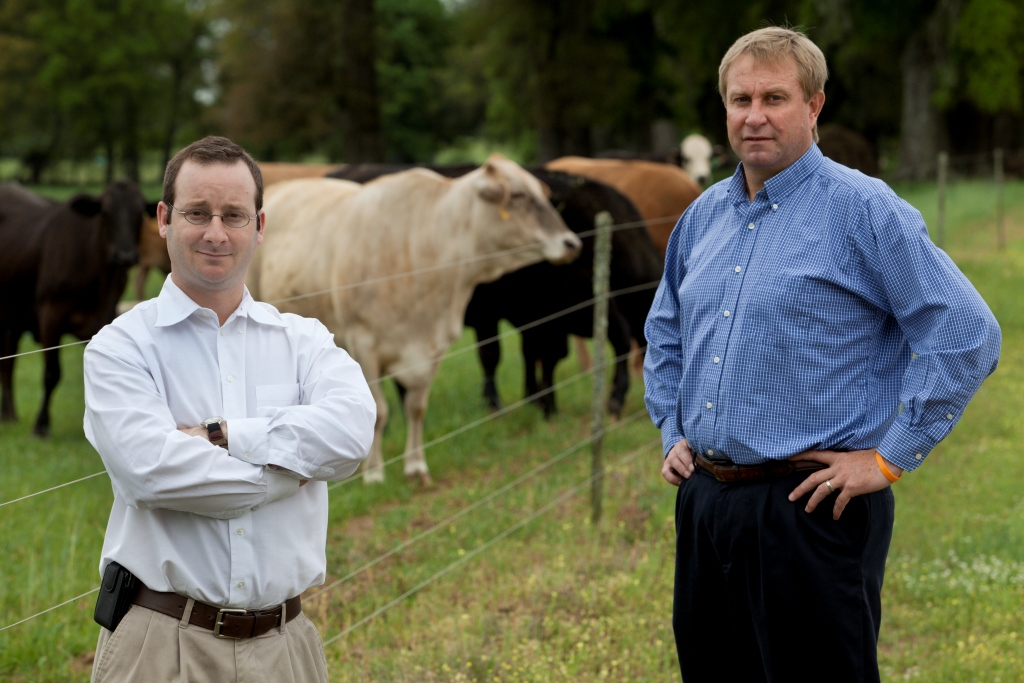 Estrous synchronization and artificial insemination (AI) are reproductive management tools that have been available to beef producers for over 30 years. Synchronization of the estrous cycle has the potential to shorten the calving season, increase calf uniformity, and enhance the possibilities for utilizing AI. Artificial insemination allows producers the opportunity to infuse superior genetics into their operations at costs far below the cost of purchasing a herd sire of similar standards. In addition, the utilization of estrous synchronization and AI has potential to influence the economic efficiency of cow/calf enterprises by improving a producer’s opportunity to shorten the calving season, increase calf uniformity, have earlier births during the calving season, enhance preweaning growth, and heavier calves at weaning. These tools remain the most important and widely applicable reproductive biotechnologies available for beef cattle operations. However, beef producers have been slow to utilize or adopt these technologies into their production systems.

Our estrous synchronization research has focused on the development of methods that effectively synchronize estrous in postpartum beef cows and replacement beef heifers by decreasing the period of time over which estrous detection is required, thus facilitating the use of fixed-time AI. This new generation of estrous synchronization protocols uses two strategies which are key factors for implementation by producers because they: 1) minimize the number and frequency of handling cattle through a cattle-handling facility; and 2) eliminate detection of estrus by employing fixed-time AI (TAI).

Our most recent study was the first to be conducted that examined the economic outcomes of the management decision to intervene with estrous synchronization and AI technologies in commercial cow/calf production. The objective of this study was to conduct a partial budget analysis to determine the economic effect of estrous synchronization and TAI on the production of weaned calves in commercial cow/calf operations.

In producer operations, suckled beef cows were assigned randomly within each location to 1 of 2 treatment groups: 1) cows were inseminated artificially after synchronization of ovulation using the CO-Synch + CIDR protocol; and 2) cows were exposed to natural service (NS) without estrous synchronization. Within each herd, cows from both treatments were maintained together in similar pastures and were exposed to bulls 12 h after the last cow in the TAI treatment was inseminated. Overall, the percentage of cows exposed to treatments that subsequently weaned a calf was greater for TAI (84%) than Control (78%) cows. In addition, the cumulative calving distribution differed between the TAI and Control treatments. Weaning weights per cow exposed to treatments were greater (P < 0.01) for cows in the TAI treatment (425.5 lbs) than those cows in the Control treatment (387.0 lbs). Overall, increased returns plus decreased costs ($82.32), minus decreased returns plus increased costs ($33.18) resulted in a $49.14 advantage per exposed cow in the TAI treatment com-pared to the Control treatment.

Previously well-managed herds with relatively short breeding seasons had differing economic outcomes from the intervention of estrous synchronization and TAI. Management factors related to the four areas of the partial budget analysis affected the economic outcomes. Factors influencing costs per exposed cow such as weaning weight, bull costs, labor costs, semen costs, and pharmaceutical costs all contributed to the economic results. Factors that may have influenced calf weight, such as environment, stressors, quality of natural re-sources, and management system may have directly influenced economic outcomes but were not directly evaluated in this study.