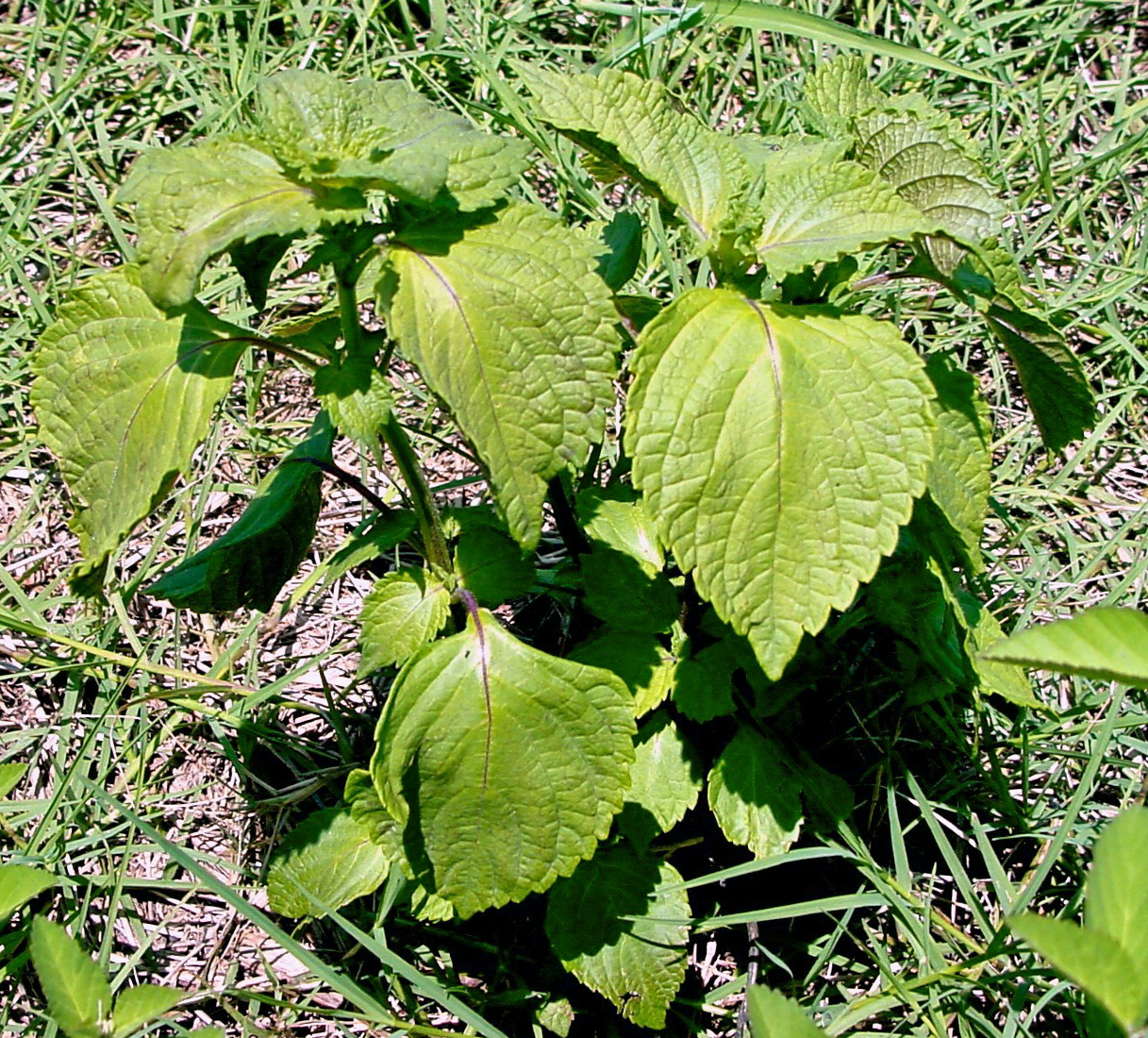 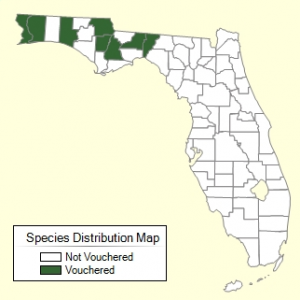 Perilla mint (perilla frutescnes) aka Beefstakeplant is a toxic weed that typically grows in shady, to partially shaded areas, damp spots, woodland edges, and  fence-lines of pastures in the Southeast. Positive identification of this weed has been made in a number of Panhandle Counties, as can be seen in the map developed by the Atlas of Florida Vascular Plants.  This does not mean that this weed is not present in the other counties, just that the herbarium has not received samples from those counties.

Livestock will typically avoid grazing perilla mint.  You may have some growing in your pastures, and still not have a problem.  Typically livestock poisonings occur in the fall and early winter, when livestock can become hungry from an inadequate feed supply.  The best way then to prevent livestock poisoning from perilla mint and other toxic weeds, is to make sure there is an ample supply of fresh grass or hay continuously available.  Even so, it is also advisable to scout for this and other toxic weeds and control them with herbicides labeled for pasture use.

The J.B. Taylor Diagnostic Laboratory in Elba, Alabama has recently received necropsy samples from cows that died from grazing perilla mint on two different farms.  Dr. Joel Cline, DMV, Director of the lab, reports that August through October is typically when they diagnose cases of perilla mint poisonings.  He said that “Livestock poisoned by perilla mint have respiratory problems from lung lesions,  with symptoms similar to pneumonia.”  He advises, “Handle cattle gently if you suspect they have grazed perilla mint.  Many times the stress of moving cattle too quickly to the cowpens for treatment is the ultimate cause of death.” 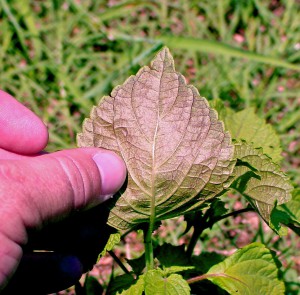 Underside of a perilla mint leaf showing the reddish to purple color that is unique to this member of the mint family. Photo credit: Doug Mayo

As a member of the mint family of plants, it has the typical square stems.  Leaves are oval, pointed and somewhat heart shaped with serrated edges.  The stems and undersides of leaves have a purple to reddish hue.  Perilla mint typically grows to a height of three to four feet tall.  Flowers are pink to purple, and grow along terminal spikes up to six inches long. 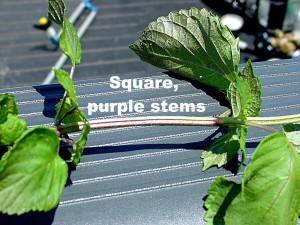 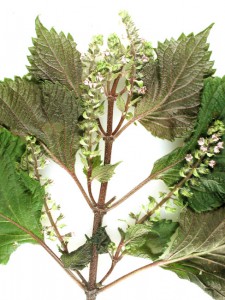 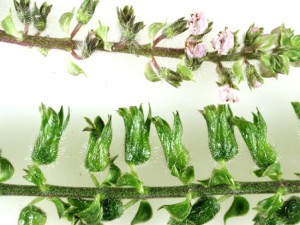 While livestock may not normally graze perilla mint, why not remove the risk?  Even one livestock death, or serious illness is too many.  Perilla mint can be controlled with several common herbicides, labeled for pasture use.  GrazonNext, Milestone, Weedmaster, and 2,4-D will provide good control of Perilla Mint .  (Source:  UT Extension Weed Management in Pasture and Hay Crops)  At the very least these weeds should be mowed, or physically removed before or during flowering, to prevent seed production.