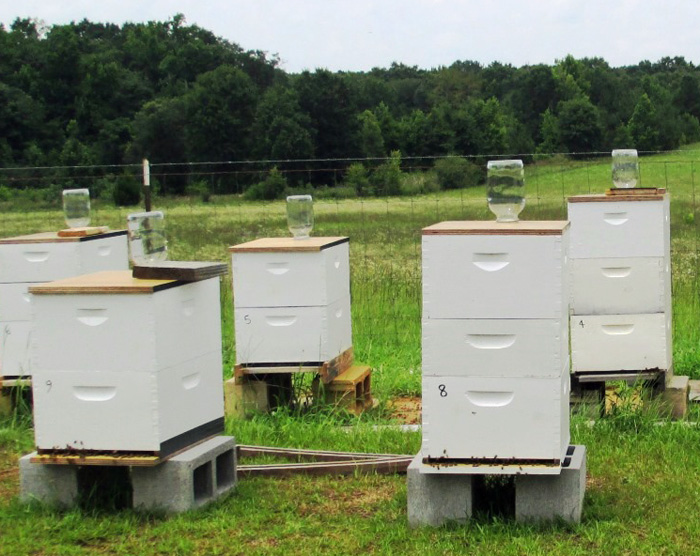 According to USDA, last year was a good year for US beekeepers with both record high prices and also an increase in total production. Photo credit: Doug Mayo

USDA released their annual Honey Production Report last Friday, March 20, 2015.  2014 was a good year for US beekeepers with both record high prices and also an increase in total production.  The following is a summary of what their survey data showed and some highlights from their report: 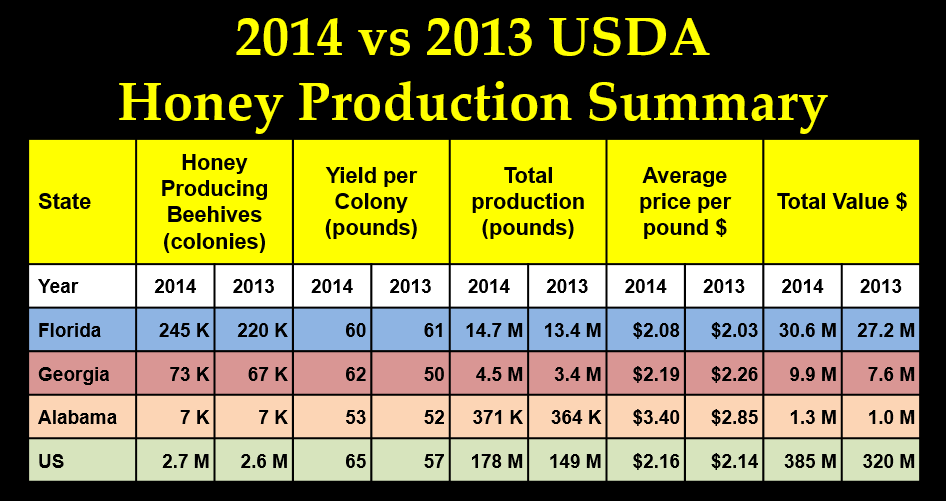 Honey production in 2014 from producers with five or more colonies totaled 178 million pounds, up 19 percent from 2013. There were 2.74 million colonies producing honey in 2014, up 4 percent from 2013. Yield per colony averaged 65.1 pounds, up 15 percent from the 56.6 pounds in 2013. Colonies which produced honey in more than one State were counted in each State where the honey was produced. Therefore, at the United States level, yield per colony may be understated, but total production would not be impacted. Colonies were not included if honey was not harvested. Producer honey stocks were 41.2 million pounds on December 15, 2014, up 8 percent from a year earlier. Stocks held by producers exclude those held under the commodity loan program.

Honey prices increased to a record high during 2014, to 216.1 cents per pound, up 1 percent from 214.1 cents per pound in 2013. United States and State level prices reflect the portions of honey sold through cooperatives, private, and retail channels. Prices for each color class are derived by weighting the quantities sold for each marketing channel. Prices for the 2013 crop reflect honey sold in 2013 and 2014. Some 2013 crop honey was sold in 2014, which caused some revisions to the 2013 crop prices.