One thing is for sure, farm folks always enjoy sharing good jokes, photos and stories.  If you have a good, clean joke, particularly one that pertains to agriculture, or a funny photo that you took on the farm, send it in and we will share it with our readers:

This week’s joke was sent in by Ed Jowers, Emeritus Jackson County Agent 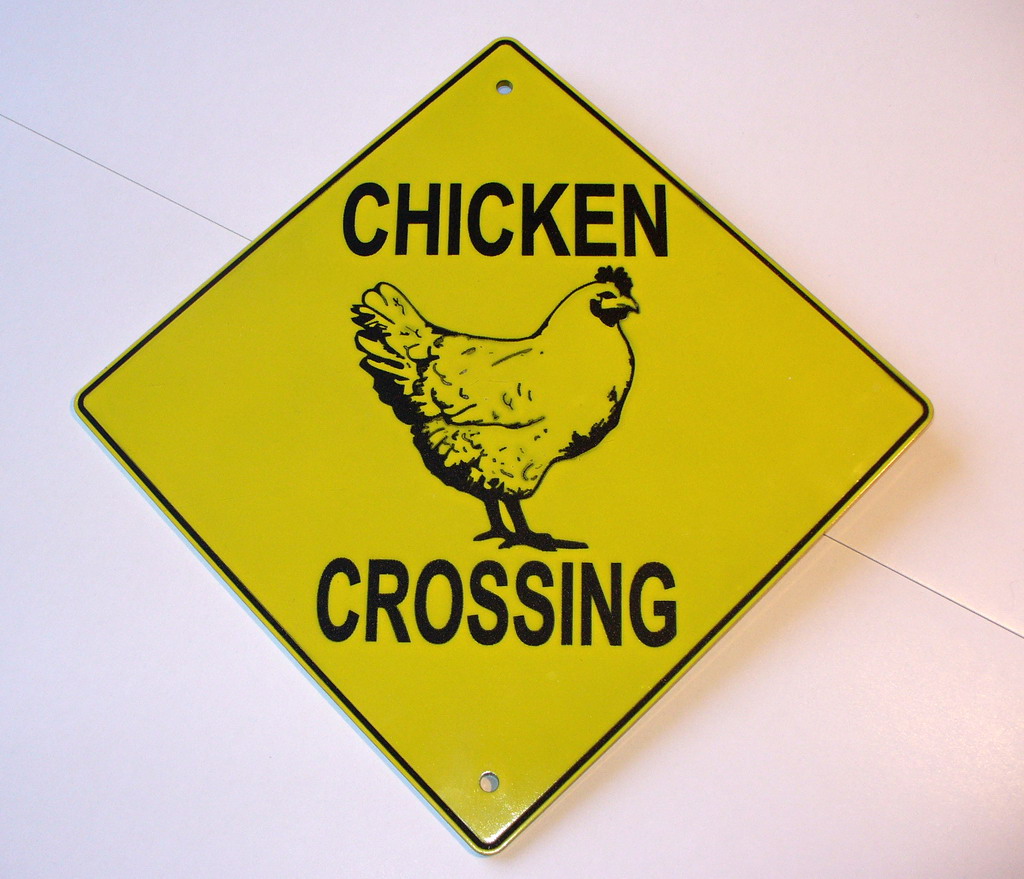 Farmer Jack once lived on a quiet rural highway but as time went by, the traffic slowly built up and eventually got so heavy and so fast that his free range chickens were being run over, at a rate of three to six a week.

So the next day the policeman had the Council erect a sign that said:  SCHOOL CROSSING.  Three days later Farmer Jack called the policeman and said, “You’ve still got to do something about these drivers. That school crossing sign seems to make them go even faster!”

So again, they put up a new sign:  SLOW: CHILDREN AT PLAY.  That really sped them up. So Farmer Jack called and said, “Your signs are no good. Can I put up my own sign?”  In order to get Farmer Jack off his back, the Officer said “Sure. Put up your own sign.”

The phone calls to the Police Station stopped, but curiosity got the better of the Officer, so he called Farmer John, “How’s the problem with the speeding drivers, did you put up your sign?”  “Oh, I sure did and not one chicken has been killed.”

The policeman was really curious and thought he’d better go out and take a look at the sign. He also thought the sign might be something the Police could use elsewhere, to slow drivers down.  So he drove out to Farmer Jack’s house.  His jaw dropped the moment he saw the sign:

NUDIST COLONY
Slow down and watch for chicks!

Got a clean joke, or a funny picture that you actually took and are willing to share?  Email it to the editor, Doug Mayo and we will share it with our readers and give you credit for it.