The “Bud Box” and Double Alley Design for Cattle Pens 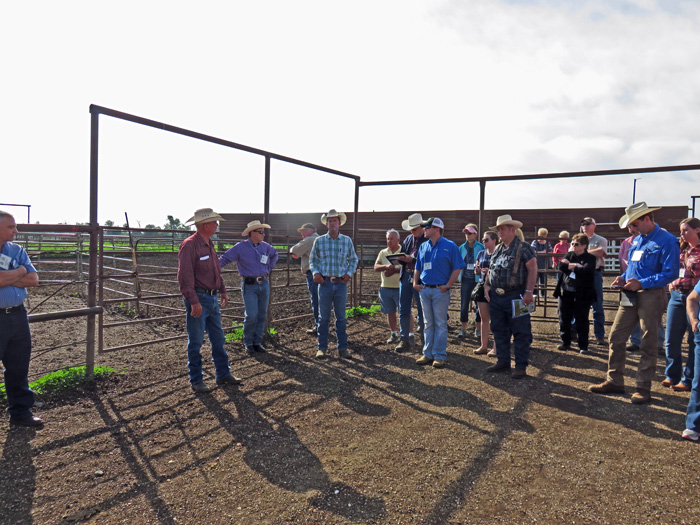 This past month as a part of the National Association of County Agricultural Agents Conference in South Dakota, I was given the opportunity, along with many other agents from across the country, to tour ranches and feedyards.  Several that we visited have redesigned their working facilities using the “Bud Box” and double alley system to replace the popular sweep tub and, curved chute system, promoted by Dr. Temple Grandin that had become the industry standard.  The “Bud Box” system is not brand new, but is certainly becoming popular as ranches and feedyards make the investment to build or rebuild their cattle handling facilities for working (processing) and loading cattle.  It seems that what is old is new.  The “Bud Box” design reminds me of the much older systems when all cattle were worked in large pens on horseback.

The name “Bud Box” comes from Bud Williams, best known for his methods for teaching low stress livestock handling through stockmanship schools he hosted all over the country. The “Bud Box” uses cattle’s natural instincts and trained stockman in the pens either on foot or on horseback with open slates that allow more light and more interaction with the person handling the cattle.  Dr. Grandins systems have been installed in virtually every cattle slaughter plant that have employees with limited training in cattle handling.  With more highly trained employees, many ranches and feedyards are opting for the “Bud Box” system because they can actually work cattle through their facilities with less effort and fewer people.  Both system designs have the same goal of reducing stress on cattle as they work through processing facilities.

The basic layout for the “Bud Box” is illustrated below.  The “X” represents the position of the person moving the cattle through the pen.

Bud Williams shares some insight on the correct use of a Bud Box:

The Bud Box should be fairly open so the animals will go into it easily. Remember, that the thing that makes this work is when they come to the dead end they naturally want to go back.  You have to pause for a few seconds and give them a chance to decide to turn around and then pressure them lightly against the dead end.  You should be standing very close to the entrance to the single file chute.  Since they don’t want to turn their back to you it will pull them right around into the chute.  If you don’t want to be in the box with the cattle it works just as well from the same position outside the pen.  We always build a small “man gate” there to make it easier to do this.  Just remember to always be on the inside of the circle that the cattle make to go into the opening.  Don’t allow anyone on the outside of the circle.  These people will distract the cattle.  They need to be focusing on you.

Don’t bring any more animals into the Bud Box than will fit into the lead-up chute.  If loading trucks, only bring the number you need to load the compartment. The most common error people make when using the Bud Box is instead of pressuring the animals against the back end of the box and letting the cattle decide to circle back, the person will go around the cattle and try to drive them into the opening.  This totally defeats the principals of the Bud Box.

Dr. Ron Gill and Rick Machen, Texas A&M Extension Livestock Specialists share some information about the design and size of the Bud Box:

There is nothing magical or mystical about a Bud Box. It is a facility design that allows the handler to position themselves correctly to facilitate cattle flow out of the box into either the crowd alley leading to a chute or to a trailer load out. Always keep in mind that the Box is a flow- through part of the facility. Cattle should never be stored in the Box waiting to be sent into the crowd alley or to a trailer. Bring them in and let them flow back out immediately.

Dimensions are important to successful use of a Box but not as critical as handler position in relation to the stock leaving the Box. Without proper position and attention to detail a Box will only confuse the stock and frustrate the handler.

The Box should be large enough to accommodate a volume of cattle to fill the crowd alley or fill a trailer compartment. A crowd alley to a squeeze chute should hold a minimum of 4 cows and might need to hold 20 head depending on the speed of processing. Crowd alleys on cow-calf operations will typically hold 5 to 6 cows. Facilities working calves or yearlings routinely need crowd alleys for 12 to 20 head of cattle.

The other element that has been added to make the systems I toured work even more smoothly is a double alley that allows two animals to enter at the same time.  While the Bud Box system will work with a single file alley, the double alley works with cattle’s natural instinct to go in as a group. The double alley becomes single file about one third of the way down and includes “no-back gates” that keep cattle from backing up once they have moved forward. 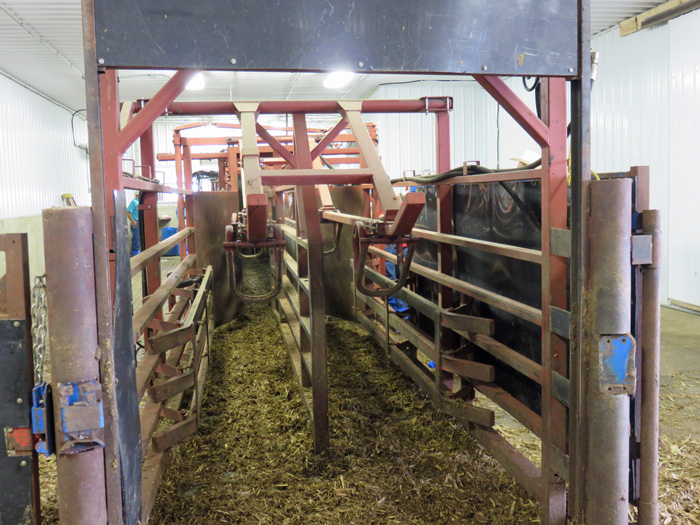 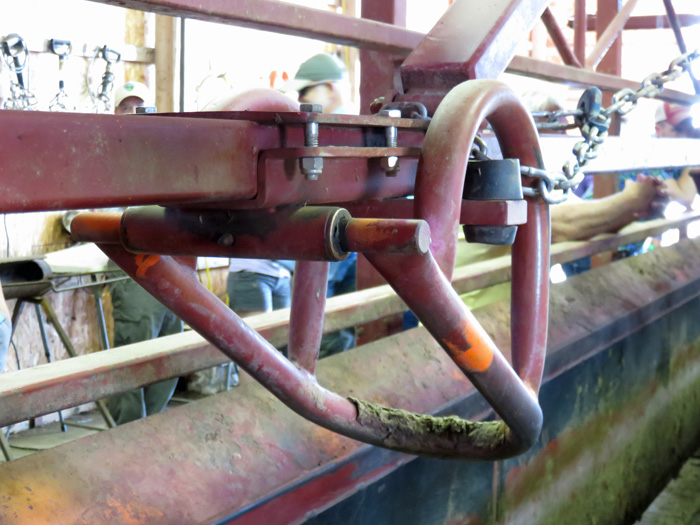 Cattle push the no-back gate up with their backs as they move forward, but then can’t back up on the animals behind them. Photo credit: Doug Mayo.

The key to using the double alley and the Bud Box together is to only load the number of cattle that will fit in the alley in the Bud Box, so cattle can keep moving forward towards the chute and not have the opportunity to circle back and get stressed.  The staff at Blair Brothers Angus and at K&D Feedyard really like this system.  Certainly the Bud Box system would be much easier to design and build.  I can see how it would work well, as long as cattle are handled quietly and the Bud Box is not over loaded.  Once the cattle handler is trained on how to move cattle using their natural instincts, this system does have some merit, as compared to the sweep tub and curved chute systems.   However, the person loading the alley has to know what they are doing.  Being in the pen with cattle that are stressed or hot tempered could be hazardous, since the handler is actually in the pen with them.

Dr. Temple Grandin helped design and promote systems designed to keep workers safe on catwalks and move cattle single file with limited distractions with sweep tubs, and curved alleys with solid sides.  Whether you choose the Temple Grandin system or the Bud Williams system, the key is to handle cattle as quietly as possible and keeping them flowing freely all the way to the chute.

It is challenging to fully describe how this system works, so I have including the two videos below that illustrate the Bud Box and double alley chute in action.

For More information on this subject: