A man went to visit his 90 year old uncle who lived on a very secluded farm in the Florida Panhandle. He had not seen his uncle in over 20 years, because the uncle only left the farm for groceries and doctor’s appointments, and never ventured far from his farm.  The two men spent hours chatting the night away, and finally went to bed after midnight.

Early the next morning, his uncle prepared a wonderful country breakfast of bacon, eggs, biscuits, and hash-browns. As he finished his breakfast the man noticed a film like substance on his plate, and questioned his uncle asking, “Are these plates clean?”  His uncle replied, “They’re as clean as cold water can get them. Just you go ahead and finish your meal!”

For lunch the old man grilled up some hamburgers. Again, the man was concerned about the plates, as his appeared to have tiny specks around the edge that looked like dried egg and asked, “Are you sure these plates are clean?” Without looking up the old man said, “I told you before, those dishes are as clean as cold water can get them. Now don’t you fret, I don’t want to hear another word about it!”

Later that afternoon, as the man was packing his car to leave, his Uncle’s dog came out from under the front porch.  The dog started to growl, and bear his teeth, with the hair standing up on his back as the man tried to go back in the house and wouldn’t let him pass.  John yelled and said, “Uncle Ned, your dog won’t let me come back in the house.” Without diverting his attention from the football game he was watching on TV, the old man shouted, 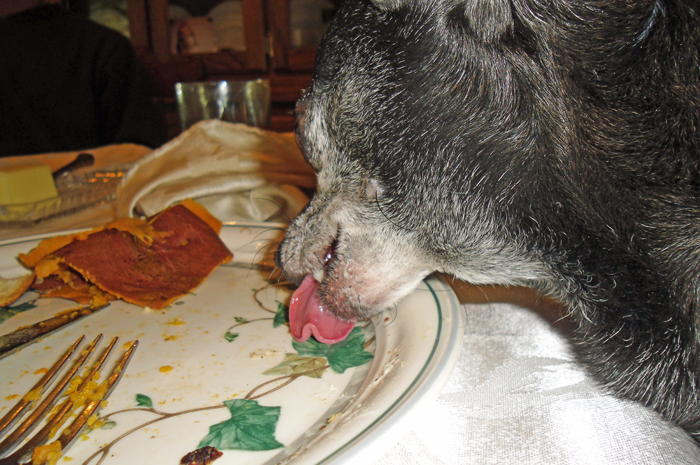 If you enjoyed that joke, you might also enjoy other Friday Funnies from previous weeks.