The end of the year is the best time to winterize irrigation systems, prior to freezing winter temperatures. Photo credit:  Doug Mayo

Irrigation systems are typically used during the summer months to supply supplemental irrigation water to crops as needed. This application of water can be through drip irrigation systems on the surface or sub-surface. Application of water can also be provided overhead with center pivots, travelers, or solid set systems. Regardless of how supplemental water is supplied to the crop, the irrigation system should be checked at the end of the season to maintain proper operation for the coming season.  There are some things that should be done at the end of each season to “winterize” an irrigation system, through normal maintenance, and draining the water out of the system, prior to hard winter freezes.  The University of Georgia Faculty have a nice publication to guide farmers on steps to winterize drip and center pivot irrigation systems.  Some basic steps can protect your irrigation system, as well as ensure that the system is ready for the next growing season. 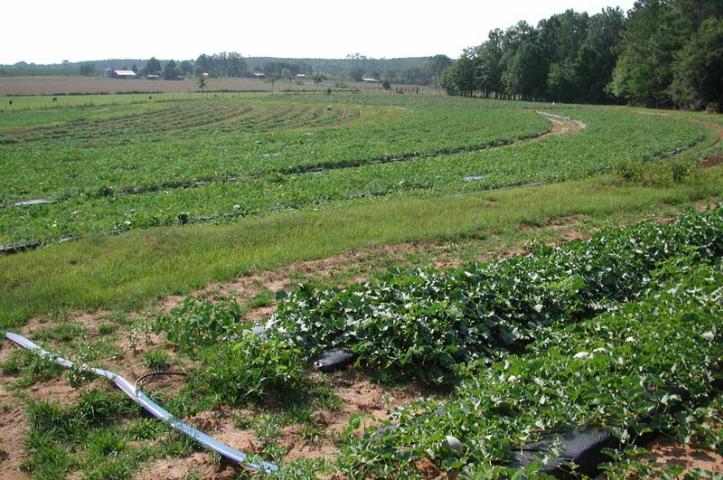