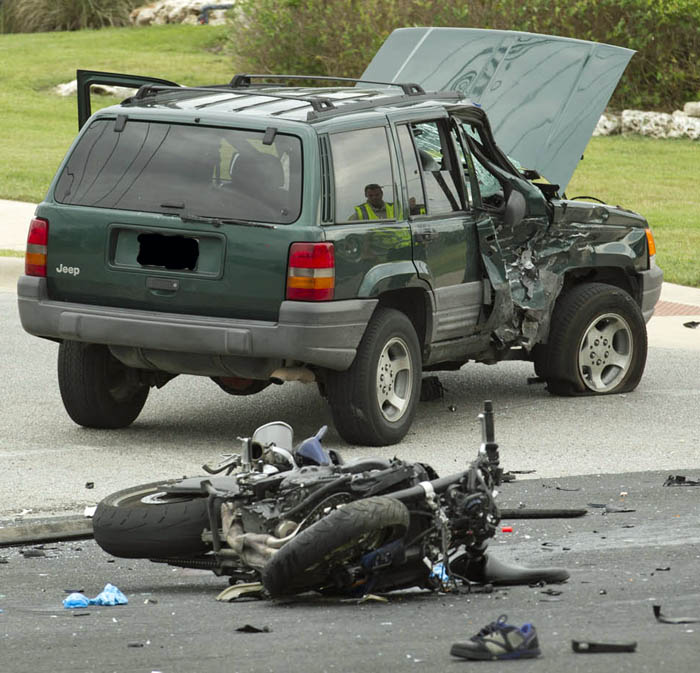 A Florida farmer had a very embarrassing moment at the country church where his wife had grown up, in the next county over.  He was recovering from a very serious motorcycle injury.  The farmer had kept his injuries a secret from his in-laws, because his father-in-law had warned him repeatedly about the dangers of riding motorcycles out on the highway. He would say, “Son, motorcycles are a great tool out on the farm, but only a fool would drive one out on the highways these days, with all those crazy drivers burning up the roads.”

One Wednesday night, after being released from the hospital, the farmer agreed to face his wife’s family again.  He thought it might be best if they just saw them all at once at the country church they all attended.  All was OK until the pastor asked the congregation if they had any praises to share from answered prayers.  After several folks had shared and there was a brief silence, the farmer’s wife couldn’t hold it in anymore.  She raised her hand and then stood up and blurted out, “I have something to share!”  All eyes in the room turned to her and she began her story. “A month ago Larry, my husband, had a terrible motorcycle accident and his scrotum was completely crushed. He was in excruciating pain, and the doctors were not quite sure how to help him, or how well he would recover.”

The room fell deathly silent.  All that could be heard was the muffled gasp from the men in the congregation as she explained the situation.  She continued, “Larry would just moan in pain in the hospital until the nurses gave him more pain medication.  Even when he was more alert, he was not able to turn to hug me or the children from his bed, because he was in so much pain.”  Again the men groaned as they thought about this horrific injury.  Then she went on, “Me and the kids prayed for him as the doctors performed a very delicate surgery, as they pieced together the crushed remnants of his scrotum with wire and stitches.”  The men squirmed in their pews imagining the suffering of this poor man.  With tears in her eyes, and a raspy voice she ended her story, “Thankfully, Larry is out of the hospital and the doctors think his scrotum may fully recover, and he may even look close to normal after some follow-up plastic surgery.”  An almost unanimous sigh of relief could be heard from the men of the crowd, and then the men clapped with enthusiasm.

After the people quieted back down the pastor hesitantly asked, “Is there anyone else who has something to share?”   A red-faced man rose and slowly hobbled down the aisle to the front of the church.  The man turned to face the crowd and said, “I am Larry.”  Again there was a gasp from the people in the congregation who did not recognize him.  “I just want to tell my wife one thing, and yall are my witnesses.”

“Honey, The word is STERNUM!“