Last week the joke of the week picked on the menfolk.  This weeks funny is on the women. 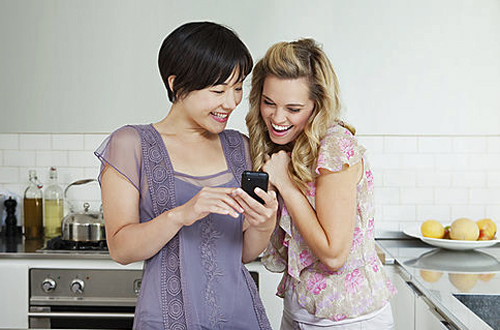 A group of farmers’ wives regularly met for coffee on Friday mornings in a small Florida Panhandle town.  The conversations varied each week, but many times were spent venting about their husbands who work long hours, are not always appreciative of the challenges their wives face, and are continuously struggling financially with inconsistent income.  On the first Friday in February the conversation turned to Valentine’s Day.  Nellie and several other ladies lamented about the lame gifts and efforts their husbands had made last year to make the holiday special.  Finally Betty, who tended to be more of the optimist in the group said, “Why don’t we get our County Family and Consumer Science (Home Ec) Agent to organize a sensitivity training for our husbands?  They always go to the farm meetings at the Extension Office, why not organize a meeting that does us some good?”  All the other women squealed with delight at the idea.  “Yes!” they said, “she can teach them how to be better husbands.  Let’s go see her right now!”

The local Family and Consumer Science (FCS) Agent knew this group of ladies well.  She met with them and listened to their ideas.  After hearing them vent and complain for more than 15 minutes she asked them, “Do you love your husbands?”  The group all agreed that, of course, they did.  “That’s why we came here to see you,” said Nelly.  Then the FCS Agent asked, “When was the last time you told your husbands that you loved them?”  One answered today, another yesterday, and the others mumbled and couldn’t remember. The FCS Agent said, “I think that you all have a great idea, but I suspect it would be better to have a training for married couples, not just for the husbands.”  Nelly quickly responded, “Oh no, we’re not the problem!”

The FCS Agent said, “OK let’s do a little exercise to test your theory.  Take out your cell phones and send the following text your husband: ‘I love you sweetheart‘.  Now trade cell phones and share the responses you get.”  Nellie laughed and said, “OK this could be fun!”  They all sent the text message, traded phones and waited for the responses.  The first one caused a few chuckles:  “I love you too, are you OK?”  Then another came in and caused even more laughter:  “I am busy.  Don’t beat around the bush.  Just tell me what you want to buy?”  The third one had them laughing so hard the FCS Agent decided she needed to close her office door: ” I thought we agreed you wouldn’t drink during the day.” The fourth caused the women’s faces to turn red, “Is your mother coming to visit again?”  The next one said, “What Now! Did you wreck the car again?”  Then the last one said, “Who did you intend to send this to, I will kick his butt!”

The ladies grabbed their phones back and threw them back into their purses.  Then Betty said, “OK you win; do you think you could put together this Married Couples’ Class and hold it before Valentine’s Day?”