The Kiwano and Pepino: Crops for the Back Forty

The USDA defines specialty crops as “fruits and vegetables, tree nuts, dried fruits, horticulture, and nursery crops (including floriculture).” This definition is very broad and as you will soon find out, some crops are extremely special. Two crops new to me, Kiwano and Pepino, struck my interest because of their big price tags.

The Kiwano or horned melon, a cucurbit species typically used for grafting, produces a fruit from out of this world. The crop is native to Africa, but is now being grown in California and Washington and marketed under the brand name “Cuke-asaurus.” I recently discovered this strange fruit on a trip to Maryland and Pennsylvania. The horned melon (Cucumis metuliferus) plants produce a yellow, spiny fruit that can be eaten raw or cooked in soup and stews. It tastes like a cucumber when unripe and more like a melon, with flavor notes of banana and lemon, when ripe. Its seeds are crunchy and its flesh has been described as “green goo.”  Doesn’t that sound appetizing! Although, Kiwano doesn’t sound very tasty to a Southerner, the fruit was “on sale” at supermarkets in the Northeast for around $5.00 per pound. That price doesn’t sound too bad to a farmer! 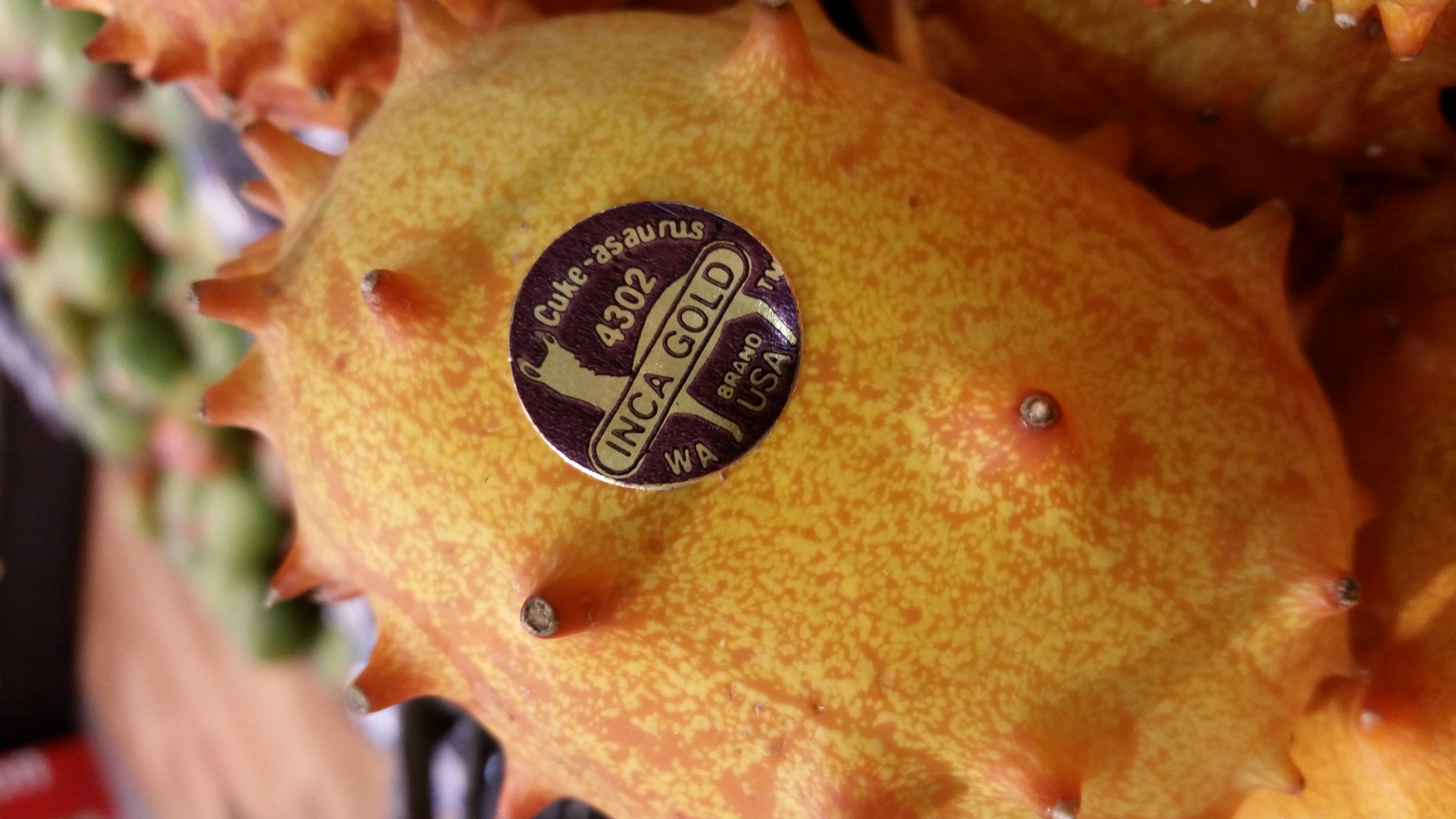 As mentioned earlier, horned melons are typically used as the rootstock in grafted cucurbit crops such as cantaloupe and watermelon. The reason for this is because it has shown resistance to root-knot nematode and fusarium wilt. Horned melons can be grown under the same conditions as other melon crops. Plant spacing and fertilizer rates are similar to those recommended for watermelons. For growing recommendations, please visit the Cucurbit Production section of the Vegetable Production Handbook.

Another interesting crop that may be worth a try is the pepino or melon pear (Solanum muricatum). This crop is native to a number of Southern South American countries. It is most closely related to huckleberries and a distant relative of tomatillos. Pepinos are being grown in Ecuador and are simply marketed under the name “pepino melon.” The plants produce a cream to tan colored, pear-shaped fruit is generally eaten raw. Although not a true melon, the fruit has a flavor similar to a cantaloupe or honeydew as the name suggests. Pepinos can be found in grocery stores in the Northeast for around $4.00 per pound. 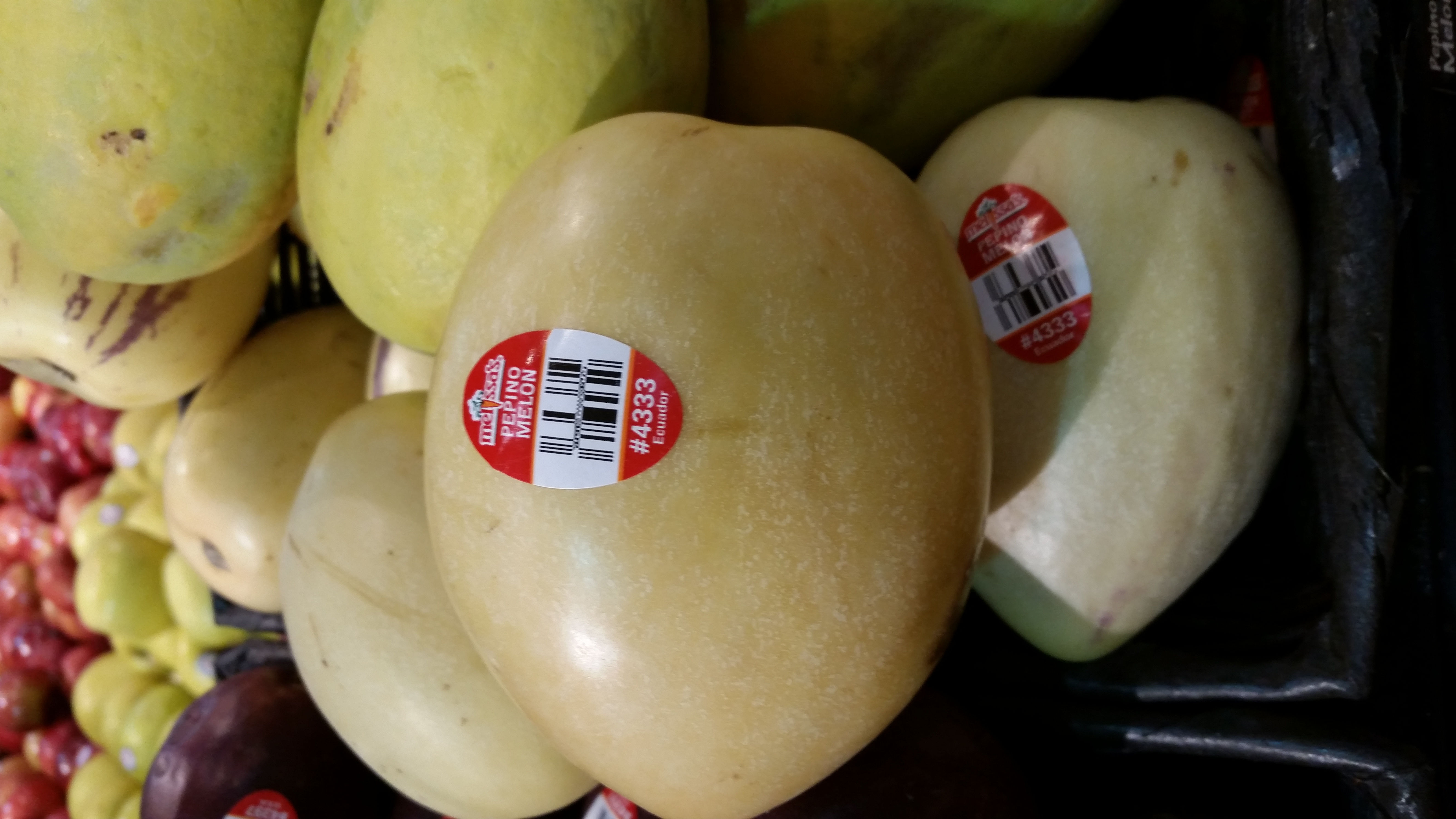 As mentioned earlier, pepino melons are native to Southern South America in areas with high elevations. This warrants some means for caution in our humid climate. Pepinos are recommended solely on a trial basis and not for large scale production. They are in the same plant family as tomatoes and should be able to be grown under similar practices. For growing recommendations, please visit the Tomato Production section of the Vegetable Production Handbook.

As with any crop, you should develop a market before you plant any seed in the ground. The two crops mentioned in this article may be fun to try on a small scale, but you will need to find somebody to buy them even if it is for their novelty. Please consult your local Extension Office with any questions on these or other crops.