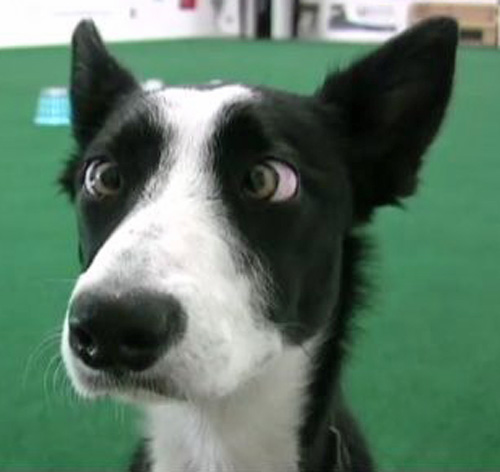 This week’s joke was sent in by Tammy Long, Bascom, FL.  Thanks for sharing Tammy!

A Florida Panhandle farmer had the veterinarian out to pregnancy test his cow herd.  Once they were finished working the cow herd, the farmer said, “Would you take a look at my new cow-dog?”  The vet said, “Is there something wrong with him?”

Like is often the case, a simple question leads to a much longer story.  The farmer said, “Ol’ Dan, my tried and true helper died a few months back, so I started looking for a replacement.  I called an old buddy, who knew a fellow that raised cow dogs down in South Florida.  We went down there and watched his dogs herd cattle and they were amazing, but he was really proud of them.  He gets $500 a piece for working dogs.  I am too old to even begin to train a puppy, but that was too much money.  I only have 50 cows, so I asked him if he had an older dog that might still be able to work a small herd, but would not be quite so expensive.”  The dog trainer shook his head,  No, but then remembered a special dog he had.  The trainer said, “I do have a special dog that will never make it down here on the big ranches, but he might be just what you need.”  The trainer went into his kennel and brought out a nice looking cow dog.  As they came closer though it was obvious what made him special, his eyes were crossed.  So the farmer said, “Can he work cows?”  The trainer said, “He works real good up close with the other dogs, but he has a hard time seeing cows way out in the hammocks and woods in the big pastures down here.”  The farmer said, “Well my biggest pasture is only 30 acres, how much would you charge me for him?”  The trainer said, “This dog comes from great bloodlines, but none of my other customers can use him.  I really like him, but I already have a lot of dogs to feed.  I’ll sell him to you for $100.”

The vet looked at his watch as the farmer told the story and finally interrupted,  “Well I am glad you were able to get a dog to help you with your herd, but what do you want me to do?”  The farmer said, “This dog is really gentle with my cows, he bunches them up real quick and puts them right in the pens with ease.  The only problem is that I have to carry him out to the cows, because he can’t see them across the pasture.  I was hoping you cold take a look at him and see what you could do for him?”

The vet mumbled a little and said, “I Don’t know that I don’t think I can fix bad genes, but I will at least take a look at him.”  He examined the dog on the ground beside him, but could not really see into his eyes very well because of the glare from the sun, so he reached down and picked him up.  He lifted that dog up until they were starring eye to eye.  He turned him one way and then another and finally groaned and said, “I am going to have to put this dog down!‘  The farmer replied, “Is it really that bad?”  The vet replied, “No, no he is just getting heavy!”