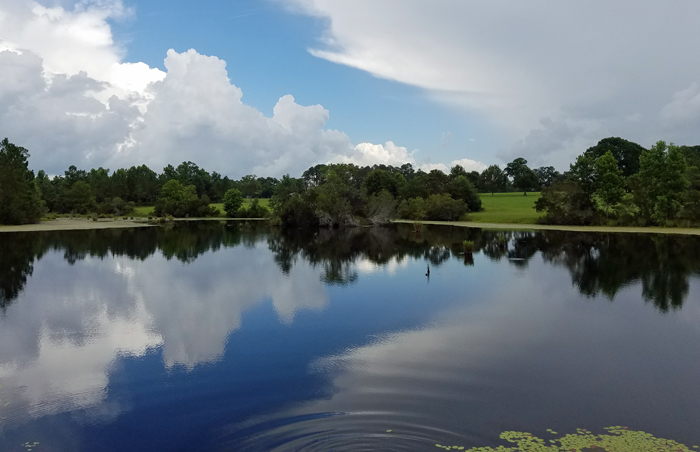 Fishermen aren’t the only people concerned with keeping ponds healthy, because fish can serve purposes other than adorning the dinner table. Some are kept as pets, and others serve to keep ponds free of aquatic weeds that might take over. Regardless of their purpose, sometimes things go wrong with fishponds. Anyone who owns or uses a pond might be familiar with fish kills, a phenomenon that occurs when something goes awry in the water and an alarming number of fish die in a short period of time.

What can cause a fish kill?

Large-scale fish kills are most often the result of natural causes, such as weather, disease, or parasites (as opposed to something like a pesticide spill).  Sometimes the causes can be difficult to predict, and once it starts, there isn’t always much you can do to stop it from happening.

One of the most common reasons for a fish kill, however, is low dissolved oxygen in the water. This can be an alarming scenario, because large fish are affected before smaller ones. Small fish may be seen gulping at the surface of the pond before a fish kill occurs, but the sudden appearance of many large, dead fish is certain to grab more attention!  Unlike other causes of fish kills, there are pond management practices you can implement to reduce your chances of a low oxygen fish kill.

Fish require a certain amount of oxygen in the water – at least 5 parts per million. Any lower than that, and they begin to have trouble; when dissolved oxygen levels fall below 2 ppm, an immediate fish kill will occur. Oxygen is added to the water by diffusion (wind and waves help oxygen to enter the water) and by photosynthesis from plants and algae (oxygen is a byproduct of photosynthesis). Oxygen is removed by organisms of all sorts, including fish, insects, bacteria, and even plants. During the night when plants are not photosynthesizing, they may remove oxygen instead of adding it to the water. Plants that die in a pond are food for bacteria, which use oxygen as they break down the dead plant matter. During the summer, long periods of cloudy rainy weather may prevent plants and algae from photosynthesizing, causing them to use more oxygen than they produce. Thunderstorms may wash plant debris into a pond, resulting in an explosion of bacterial activity.  All of these factors can result in a low dissolved oxygen fish kill.

The temperature of the water also plays a role in determining how much oxygen is available. While warm water holds less oxygen than cool water, it rises to the top of a pond, where wind and waves help refresh it.  During cold weather, that relatively oxygen-rich water cools down.  Cold water is more dense than warm water and this causes it to sink.  As the cold water sinks it is replaced by low-oxygen water from the bottom of the pond. A pond turnover like this is more likely to occur during the fall.

To help prevent fish kills, avoid the introduction of large amounts of nutrients to the pond.  Whenever possible, livestock, excess fertilizer, or dead plant material should be kept from entering the water. If you control weeds in your pond with herbicides, apply the herbicides to only one third to one half of the pond at a time.  This will allow the dead plants to decompose without using too much oxygen in the water.  Do not feed your fish more than they will eat at one time, because the uneaten food sinks to the bottom, and through its decomposition by bacteria, will take up additional oxygen.  In small ponds, aerators are strongly recommended as they will help to increase the amount of oxygen in the water. 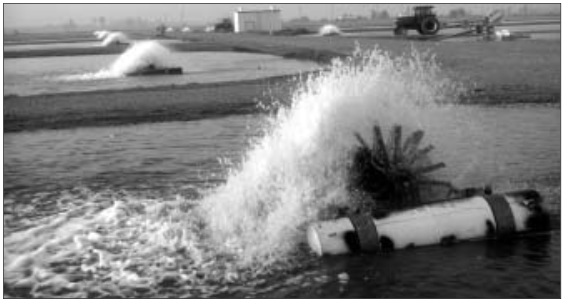 Low dissolved oxygen is not the only cause of fish kills, but it is the most common one.

For more information, use the following publication links: