It has been 10 months since we shared a Friday Funny, due to a lack of good material.  Special thanks to Ed Jowers, Emeritus Jackson County Extension Director for sending this funny story to share: 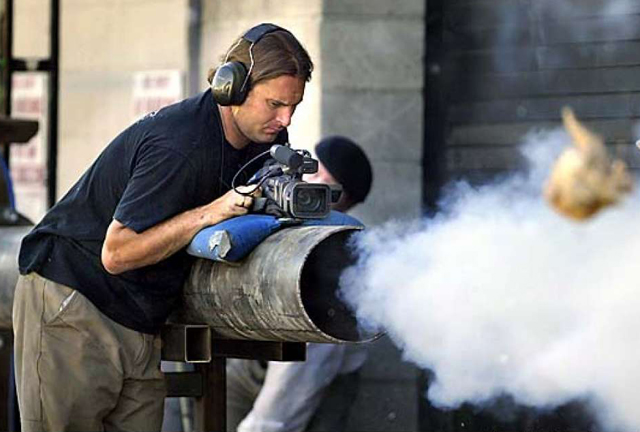 Scientists at NASA built a special cannon to launch standard 6-pound, whole dead chickens at the windshields of airliners, military jets and the space shuttle, all traveling at maximum velocity.  The idea was to simulate the frequent incidents of collisions with airborne fowl to test the strength of the windshields.

Engineers working on the Bullet Train project heard about the cannon and were eager to test it on the windshields of their new high speed trains. Arrangements were made, and a cannon was sent to the Bullet Train engineers.

The engineers were excited to see the results of years of hard work and planning.  They set up the experiment and even invited several government officials to attend that had championed the funding of this project.  They had a grand ceremony with a countdown.  The speedy bullet train roared down the test track at over 200 mph and the engineers fired the chicken cannon.

After the canon was fired, the engineers stood in shock as they viewed in horror at the damage.  The shatterproof glass was smashed to smithereens, there was a huge hole in the control console, the driver’s seat had the head rest blown off, and the chicken embedded into the back wall of the train engine’s cabin.

Luckily this was an unmanned test, so no one was hurt except for the pride of the engineers.  It was as if they were little boys who broke their prize Christmas present.  That chicken trashed their modern marvel.

Immediately the engineers began assessing the damages, took numerous photos and measurements and sent a full report, along with their pages of scientific designs to engineers at NASA.  The desperate engineers were totally dumbfounded and asked for an explanation of what could have possibly gone wrong?  Their email to the head engineer at NASA said, “Please help us understand how to resolve this issue.  We followed all standard protocols and double checked every safety precaution prior to the test with the chicken cannon!”

In just a few minutes, the Bullet Train engineers were shocked by the rapid response.  The head engineer at NASA responded with just one short line in bold, all capital letters:

If you enjoyed this week’s joke, you might also enjoy others from the past: Friday Funnies