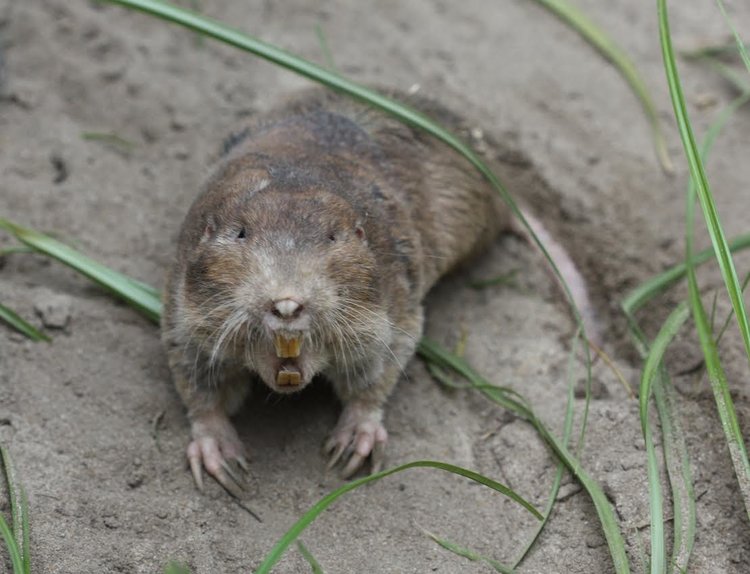 The Southeastern Pocket Gopher, Geomys pinetis, sometimes called “Sandy-Mounders,”  is a native rodent wildlife species in most of Florida, Southern Alabama, and Southern Georgia.  They are typically found in fields with sandy, well-drained soils that are fairly common in the coastal plains.  Sandy fields are not the best sites for cropping, but are commonly used for hay fields and pastures. Bahiagrass and Bermudagrass rhizomes and roots appear to be preferred food for these rodents.  They also enjoy eating peanuts, sweet potatoes, sugarcane, alfalfa, and peas.  Populations of southeastern pocket gophers have been documented to be as high as 6-8 per acre.  With an average lifespan of 2-7 years.¹

Pocket gophers tunnel underground feeding on plant roots, and seldom venture above ground except to push dirt out of their tunnels.  This is where the main problem arises.  While their root feeding can cause crop issues, the main problem is the mounds of sand they push up scattered over sizeable areas.  Those mounds of sand wreak havoc on hay harvesting equipment.

Controlling these pesky rodents is not simple.   Pocket gophers are seldom above ground, so they have few natural predators to manage their populations.  Pocket Gophers have extensive burrows, with tunnel systems that average 145 feet in length.  Every so often they dig a lateral tunnel to the soil surface to push dirt out of their burrow, and then seal it up again to prevent predator entry.²

Pocket gophers are a native wildlife species, so they are protected by Florida Law.  It is not legal in Florida to make above ground broadcast applications of poison baits to control nuisance wildlife species.  Since they spend very little time above ground, this would not work well anyway.  It is legal for private land owners to apply subsurface toxicant baits, that are labeled for controlling pocket gophers, and that have been approved for use by the Florida Department of Agriculture (FDACS).

The publication Pocket Gophers, from the University of Nebraska, states that, “Several rodenticides currently are federally registered and available for pocket gopher control. The most widely used and evaluated is strychnine alkaloid (0.25 to 0.5% active ingredient) on grain baits.”  In Florida, there is only one strychnine alkaloid bait that has been approved for use by FDACS for controlling Pocket Gophers.  The product is called Gopher Bait 50.  The label for this product outlines specific Use Restrictions:

The challenging part of using toxic baits, is that it is difficult to apply the bait where the gophers are actively living and feeding. It has to be applied directly in the main tunnels used for travel and feeding.  There is equipment available that is specifically made for field scale, subsurface application on larger acreage.  The publication Using Burrow Builders for Pocket Gopher Control provides some examples of equipment designed for area subsurface bait application.  This publication also has a chart to help calculate the rate to apply based on the bait product label specification.³  However, the strychnine product labeled for use in Florida does not allow for mechanical application with “burrow builders” for large area application.4  So to use this specific product, you have to place the bait in each tunnel manually, and then seal the tunnel back up for consumption.  If the bait gets wet, it loses its effectiveness, which can be challenging from time to time in Florida.  Strychnine is a fast acting chemical, once consumed by the pocket gopher, causing death within hours.²    But because they die underground,  there is no way to know how effective the treatment was, except for the reduction of new mounds.

Trapping is the most effective control method for controlling pocket gophers on a smaller scale.  It does requires constant observation to recognize fresh mounds to know where to place the traps.  Sonny Fortunato, a hay farmer in Jackson County, has become skilled at trapping pocket gophers. During a recent farm visit, he agreed to assist with the production of the following video, that shows the techniques he uses to successfully trap pocket gophers in his hay field.  The trap was set and the gopher was captured in less than 30 minutes that day.  This was the tenth pocket gopher he has successfully trapped thus far in his 16 acre hay field this spring. 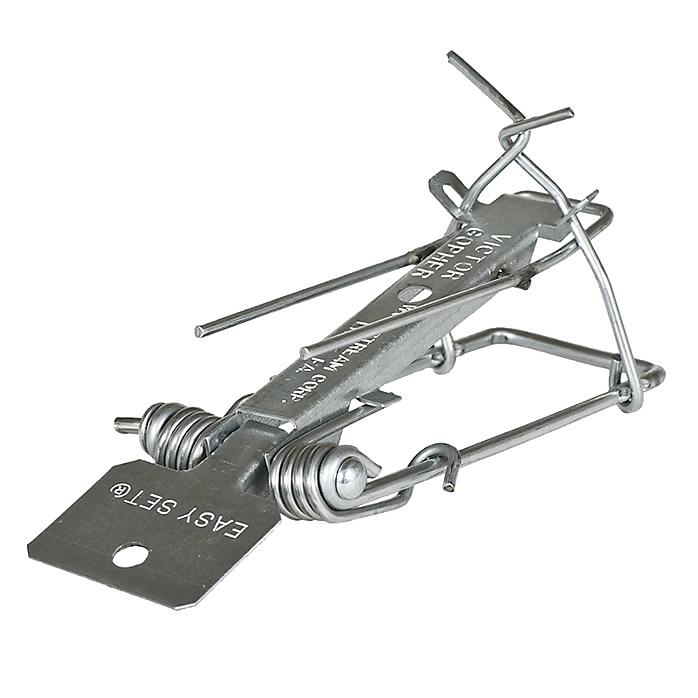 There are quite an assortment of traps made for catching pocket gophers.  The Victor Gopher Trap, demonstrated in the video, can be purchased at farm supply stores, or ordered online through Amazon for less than $10 each.  But, there are a number other brands and types that can be effective.

The trap demonstrated in the video does not  immediately kill the gopher, so the trap should be attached by a wire to a stake.  Don’t use string or ropes, as these can be chewed off by the gopher’s sharp teeth.  Using the staked wire, the trapped gophers can be pulled to the surface and quickly euthanized with a sharp blow to the head. Traps should also be checked on a regular basis to prevent extended suffering.  Choker-loop type traps actually kill the gopher when trapped, but may not be as effective on larger gophers.¹

A trapping permit or pest control license is not required for private land owners in Florida to trap and exterminate pocket gophers on their property, but is required of professionals who are hired for this service. As demonstrated in the video, this is something you can do yourself.  It does require time, patience, and careful observation for fresh mounds to place the traps in the best locations.

For more information on controlling pocket gophers, or other pests on your farm, contact your local County Extension Agent.

For more information, the sources used for this article are available through the following links: