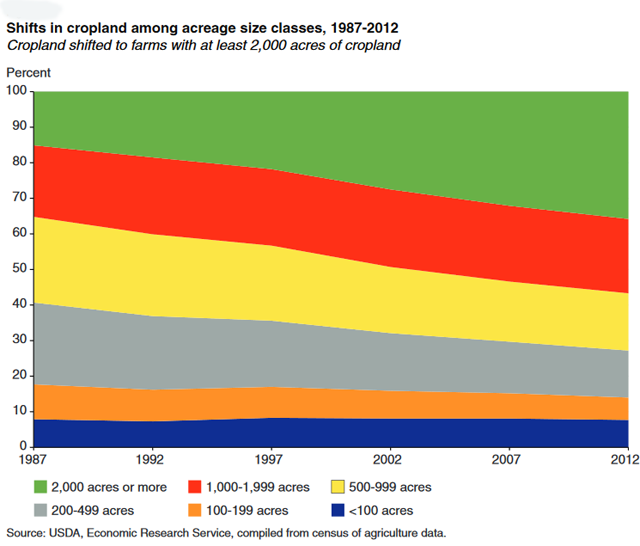 What Is the Issue?

Farm production has been shifting to larger farms for many years—one element of broad-based changes in farm structure. However, the U.S. farm size distribution in agricultural production is highly skewed—there are many very small farms in the Nation, but most agricultural production is concentrated among a small number of much larger farms. As a result, simple measures of average farm size—such as the mean and median farm size (both in acreage and sales) —are not representative of the mass of very small farms or of the large farms that account for most acreage, livestock, and production. Moreover, means and medians do not capture the shift of acreage and production to larger farms. For this report, researchers usee detailed farm-level data, from two major USDA data sources, to develop more informative measures of consolidation in U.S. agriculture since the 1980s.

What Did the Study Find? 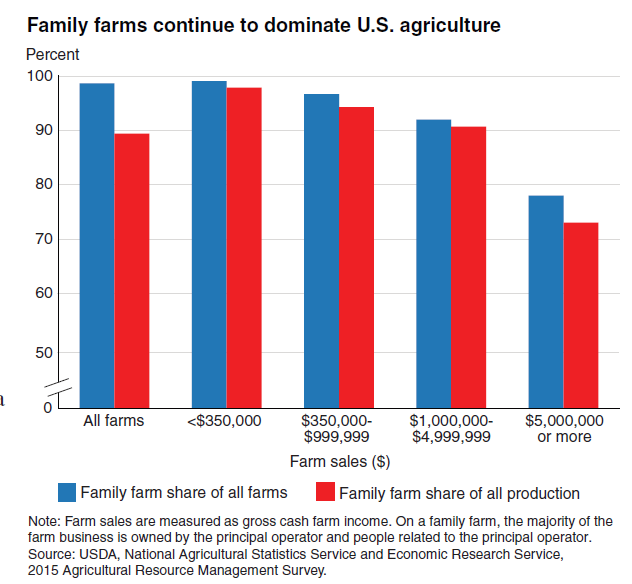 How Was the Study Conducted?

The study drew upon data from two primary sources. The Census of Agriculture, conducted by the USDA’s National Agricultural Statistics Service (NASS), provides comprehensive, historical, and publicly available data on consolidation and specialization trends. The study also relied on confidential farm-level census records—accessed in a secure environment to ensure confidentiality—to generate measures of consolidation and farm size for the United States, the 50 States, and major commodities for 1982-2012.

The second primary source of data is the annual Agricultural Resource Management Survey (ARMS), jointly administered by NASS and ERS (Economic Research Service). The ARMS covers U.S. farming operations and their operators in the 48 contiguous States. The survey was used to supplement historic census data on consolidation with more recent annual developments, and to provide data on farm financial performance, business organization, and specialization.

For more detailed information on this topic, use the following link to the full report: