Citrus greening and Asian citrus psyllids already give Florida citrus growers a lot to deal with. However, new pests are regularly emerging in our citrus groves. Less than a year ago we wrote about the arrival of the Apopka Weevil Diaprepes abbreviatus in the Panhandle. Recently two pests, the cottony cushion scale and the lebbeck mealybug, have re-emerged as serious pests in Florida citrus groves. Because these pests look fairly similar and can be easily misidentified, we will describe both of them in the following article.

The cottony cushion scale Icerya purchasi (Fig. 1) Is one the oldest pests of citrus in the US. It is also the involuntary co-star of the world’s first successful classical biological control release. When the cottony cushion scale was introduced in California back in the 1880s, theses scales were uncontrollable and devastated the citrus groves.  The introduction of the ladybeetle Rodolia cardinalis (Fig. 2) was an incredible, and so far an unequaled, success. In a few short years, the ladybeetle was successfully implemented in the landscape and the scale controlled. Following this initial success, the ladybeetle was released with the same success in many other locations. 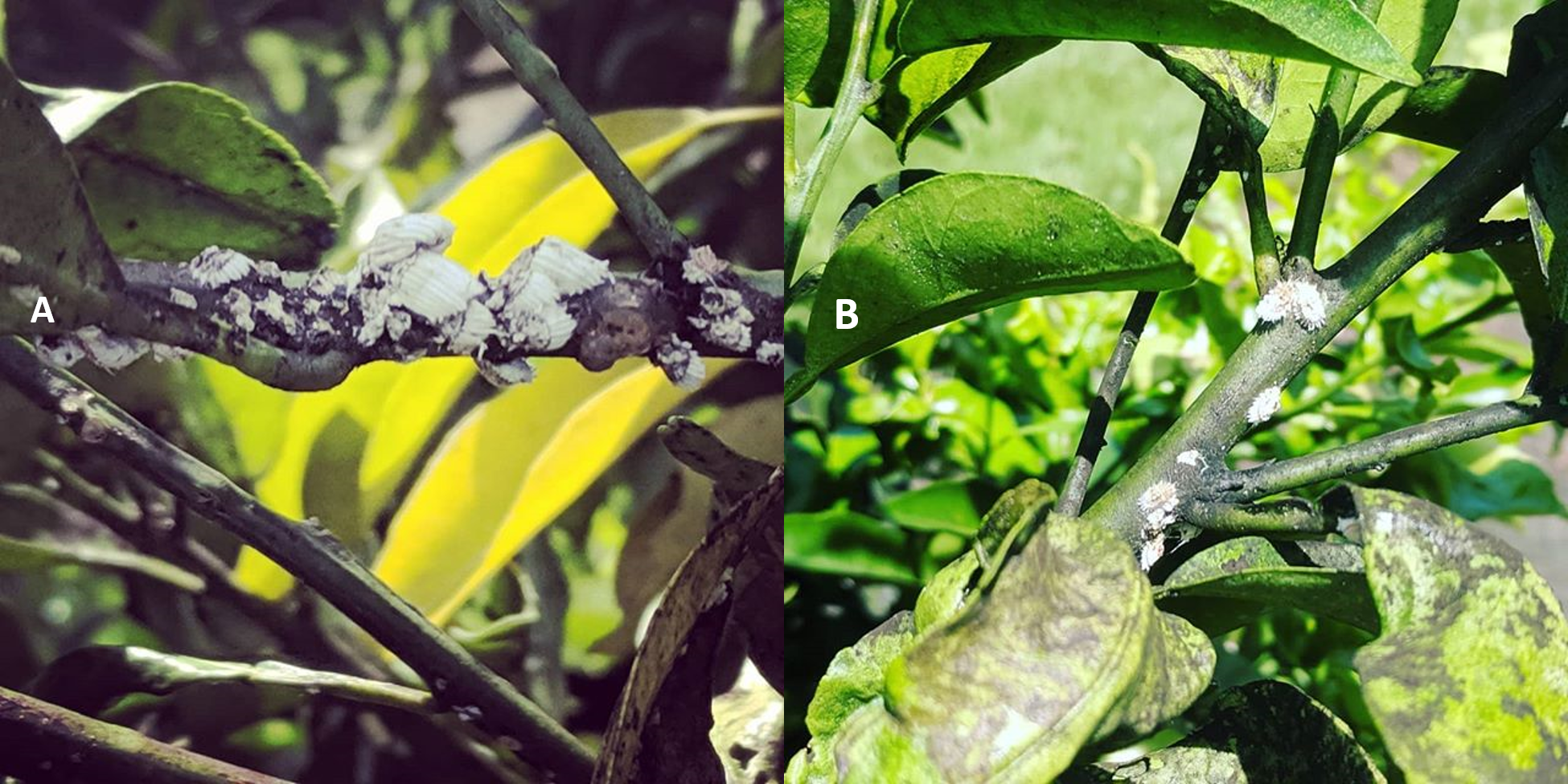 Fig. 1: Cottony cushion scale females on citrus stem (A), late instar nymphs on a citrus stem (B). Notice the sooty mold on the stem and on the leaves due to honeydew excretion. Pictures by Xavier Martini. 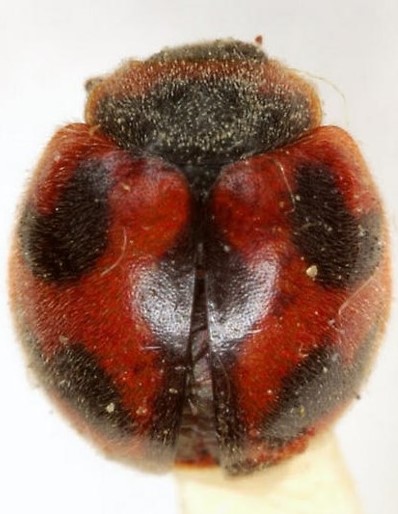 Recently, the cottony cushion scale emerged in the Florida Panhandle in satsuma groves. Cottony cushion scale can be identified by the elongated egg sac (often 2 to 3 times longer than the body of the female) attached to the female’s body. The egg sac contains over 600 eggs, these eggs are red, and are responsible for the carmine liquid that come’s out of smashed scales.  High scale populations damage plant health, and the honeydew excreted by cottony cushion scale stimulates growth of sooty mold on leaves and stems, disfiguring plants, leading to die-back and even tree death in the case of very high infestations. So far, it was thought that the ladybeetle R. cardinalis was only found south of Gainesville, but sampling efforts conducted at NFREC, showed that R. cardinalis was also present in the Panhandle. It is not clear if the ladybeetle is at a density high enough to control the pest, but growers should definitely check for natural enemies before trying to control the scale with insecticide applications. Other ladybeetles such as the Asian ladybeetle Harmonia axyridis are also important predators of cottony cushion scales.

The Lebbeck mealybug Nipaecoccus viridis (Fig. 3) was previously documented on dodder and tallow wood in Palm Beach County, and is regularly intercepted at Florida ports of entry. In June, this mealybug was found in Highlands County. So far, it has not been found in the Panhandle, but growers should stay vigilant, and monitor their groves regularly. Mealybugs are most often found where fruit is attached to stem or between a leaf and the stem. However, mealybugs can be anywhere on the fruit surface. The mealybug prefers new flush and feeds in the axil and branch junctions. While it may look similar to cottony cushion scale, mealybugs do not have long rides on their ovisac and are not a clean white color. Mealybugs cause a lot of damage to the fruit, making them unmarketable, especially for the fresh market. It can also lead to fruit drop. As with cottony cushion scale, the lebbeck mealybug might be controlled by natural enemies.

Both cottony cushion scale and lebbeck mealybug eggs develop into crawlers, which are the mobile immature stage. In both cases, crawlers are very small, red to purple color, and have legs and antennae that are only visible under magnification. Due to their small size, these crawlers can be easily moved by people, animals, farm tools, and farm equipment. Ants are often associated with mealybug and cottony cushion scale, as ants fed on their honeydew. In return, ants protect scales and mealybugs from predators. Therefore, control of ants is advised to protect good biological control of these pests. To prevent the spread of lebbeck mealybug and cottony cushion scale, growers should clean equipment and tools before moving them from one grove to another.

For more information, and control options use the following links: