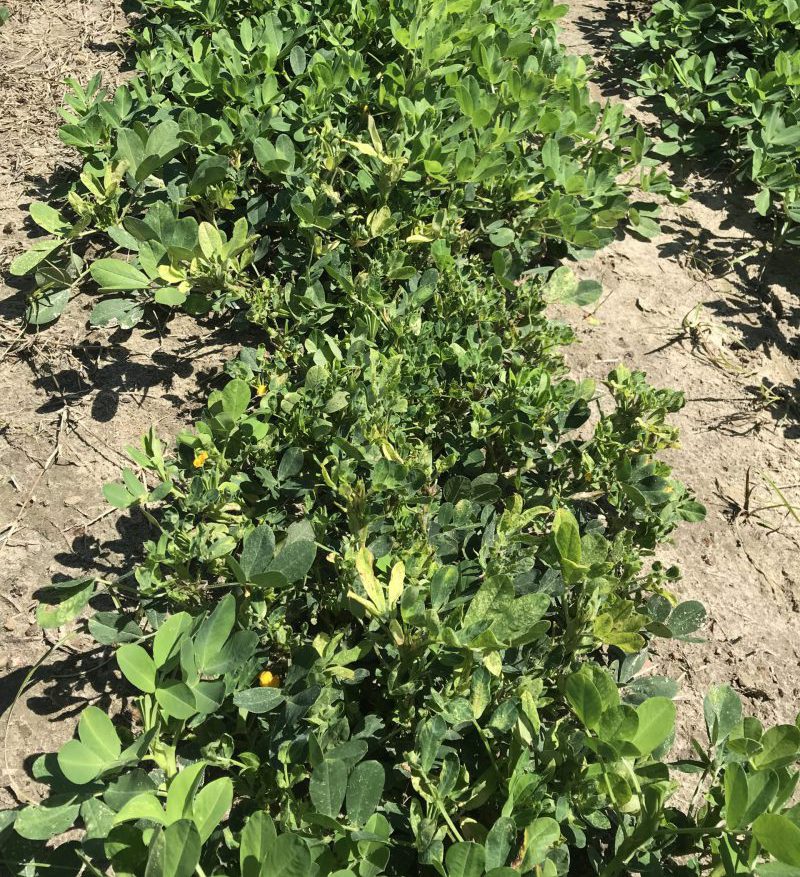 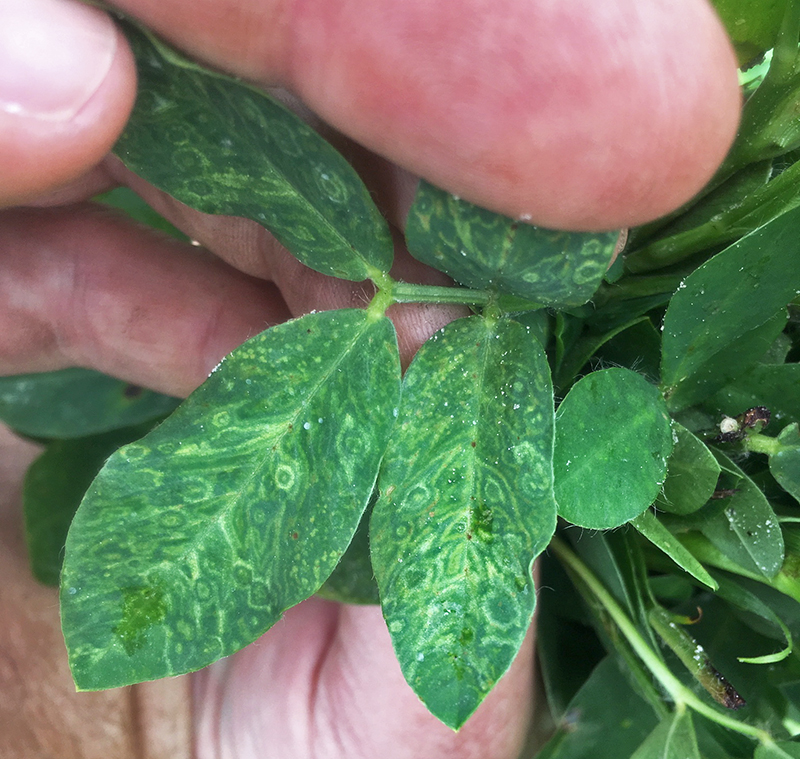 Although our southern groundhog, Gen. Beauregard Lee, did not see his shadow this year, all signs point to an early Spring. Peanut producers are preparing for the upcoming season and will be tempted to plant early. The mild winter and early start to Spring are ideal conditions for insects that vector viruses like tomato spotted wilt virus (TSWV). The combination of early planting and mild Spring set us up for potential trouble with spotted wilt. In 2019, the Peanut Rx working group estimated losses due to spotted wilt to have doubled (7%) relative to the previous two years. If the 2020 season is anything like 2019, growers need to be prepared to take measures to avoid spotted wilt issues. Critical decisions relating to variety choice, planting date, tillage, in-furrow insecticide applications, and seeding rate need to be made.

Over the past couple of years UF/IFAS has been conducting a study at the North Florida Research and Education Center evaluating the effect of variety, phorate (Thimet 20G) in-furrow, and seeding rate (four seed per foot and six seed per foot) on TSWV. This study was planted early for our area (mid-April) to increase pressure from thrips and encourage spotted wilt transmission. The goal of the study was to provide growers with a demonstration of the effect of the treatments alone and in combination, as you would if you were to follow the Peanut Rx risk index. Below are some of the key results from the study. 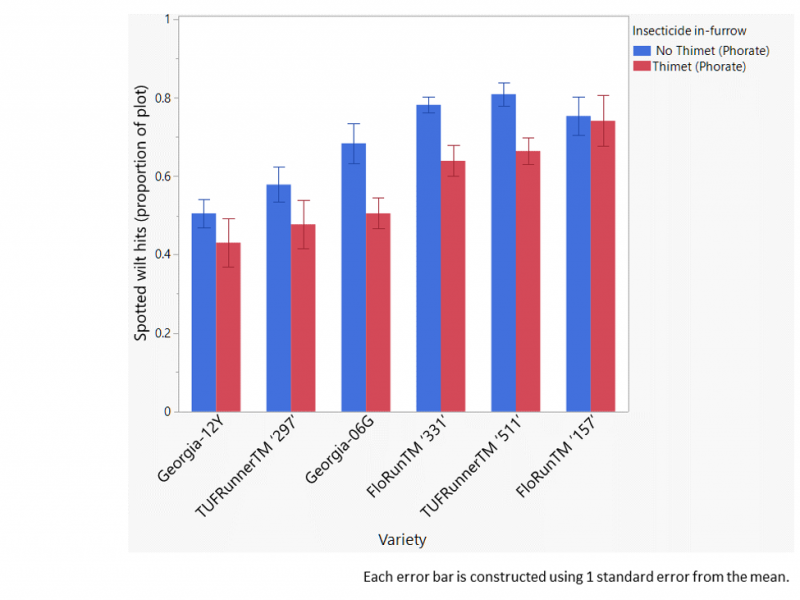 Figure 1. Average proportion of plot showing symptoms of TSWV for six peanut varieties with and without Thimet in-furrow in 2019. Each foot of data row was assessed for any symptoms of TSWV. 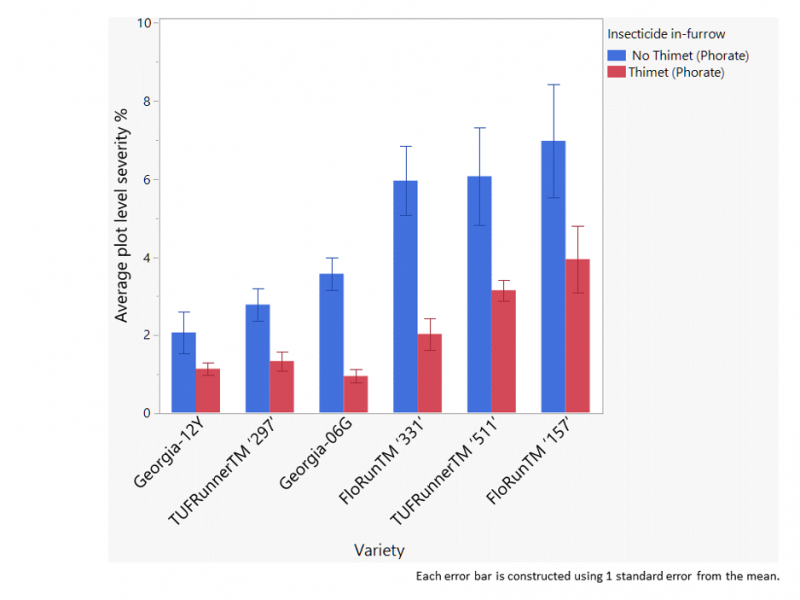 Figure 2. Average severity of TSWV for six peanut varieties with and without Thimet in-furrow in 2019. To help interpret the scale – zero percent would be no symptoms of TSWV and 95 percent would be severe stunting, mottling and chlorosis. Severity was assessed for each foot of data row and the average calculated for the entire 60 ft of data rows.

Most peanut growers are aware of the effect of Thimet on spotted wilt, but some have moved away from using it since spotted wilt tolerant varieties have been widely grown and people have shifted to applying liquid formulations at planting. After the concern around virus issues in 2019, some producers are installing closed handling systems on their planters and preparing to apply Thimet in-furrow for the 2020 season. 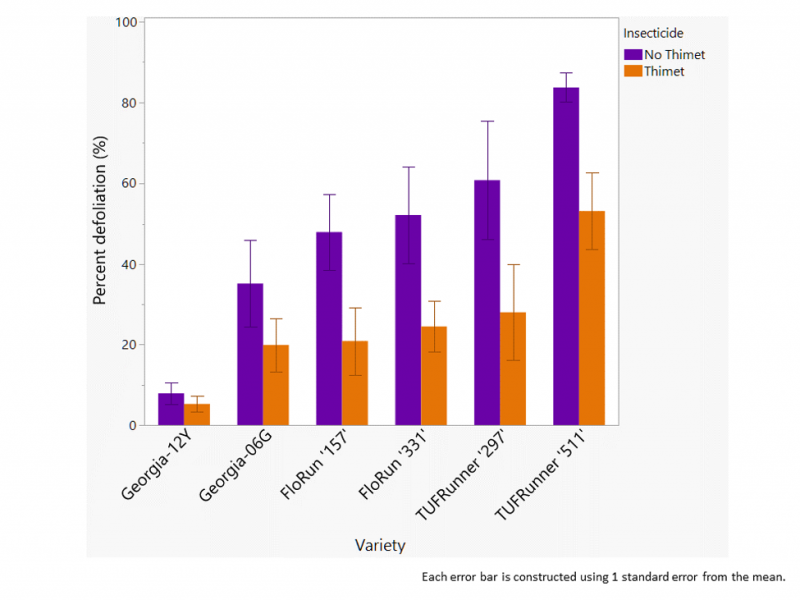 Figure 3. Susceptibility of peanut varieties to late leaf spot and effect of Thimet in-furrow in 2018. Percentage defoliation was assessed on Sept 19th, 2018. This study received an in-season spray program consisting of 8 fungicide applications.

Additionally, products containing fluopyram, such as Propulse or Velum Total applied in-furrow, have been evaluated by members of the Peanut Rx working group over multiple years and are known to contribute to in-season reduction of leaf spot. This effect persists well into the season. 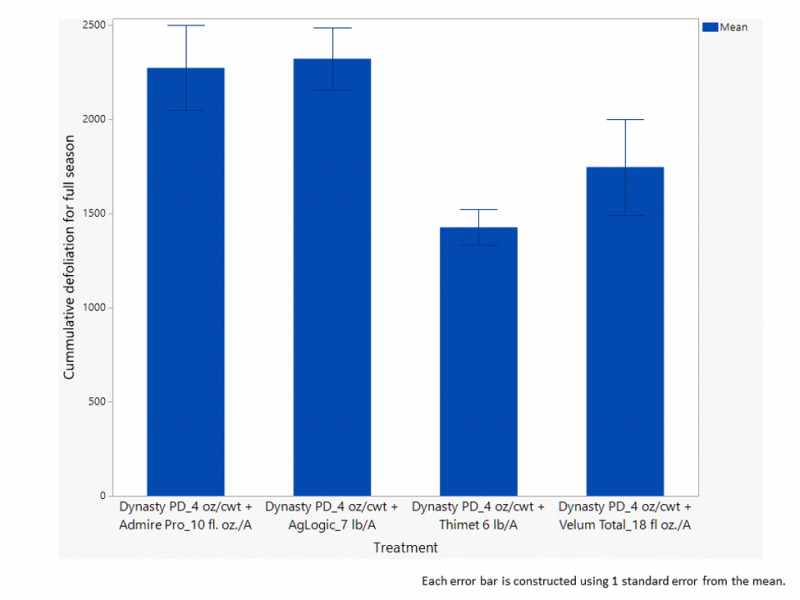 The Peanut Risk Index has been updated to reflect this information. The 2020 Peanut Rx can be accessed by using the following link: