Across the southeast pasture owners maybe noticing the unwelcome presence of thistles. There are nine different species of thistles in the state of Florida, but the good news (if there can be any when it comes to thistles) is that they are all controlled with the same recommendations. Scouting pastures in late fall through mid-spring will allow for producers to stay ahead of their thistle populations. This is critical as small populations are much easier to control, than larger, more robust populations.

A single thistle plant will produce approximately 4,000 seeds annually, thus implementing control methods prior to the flowering stage is key. Of the nine specie of thistles in Florida, all but one of them are biennials. A biennial plant will be grown from seed one year and then produce seeds the second year. Thistles have three distinct life stages:

Stage 1: The first year the plant will grow as a rosette. This is a cluster of leaves near the top of the soil with a tap root (Image 1). This stage of growth is seen during the winter months in Florida. 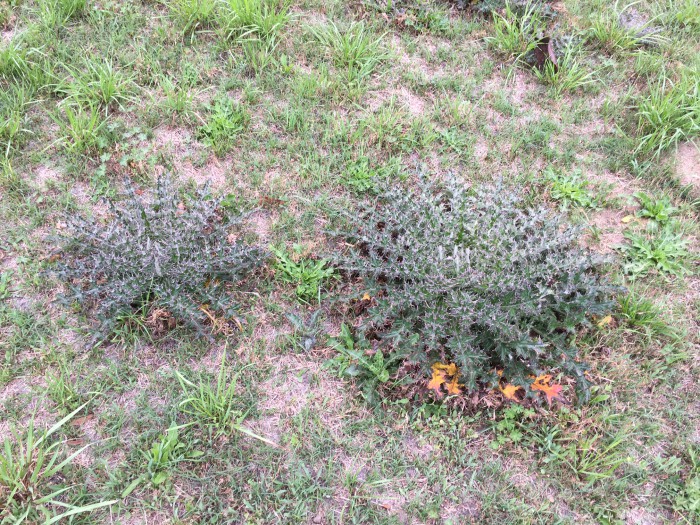 Stage 2: In year two, a stalk will elongate from the rosette. This is called bolting. Bolting typically takes place from January to July in the Florida Panhandle. (Image 2) 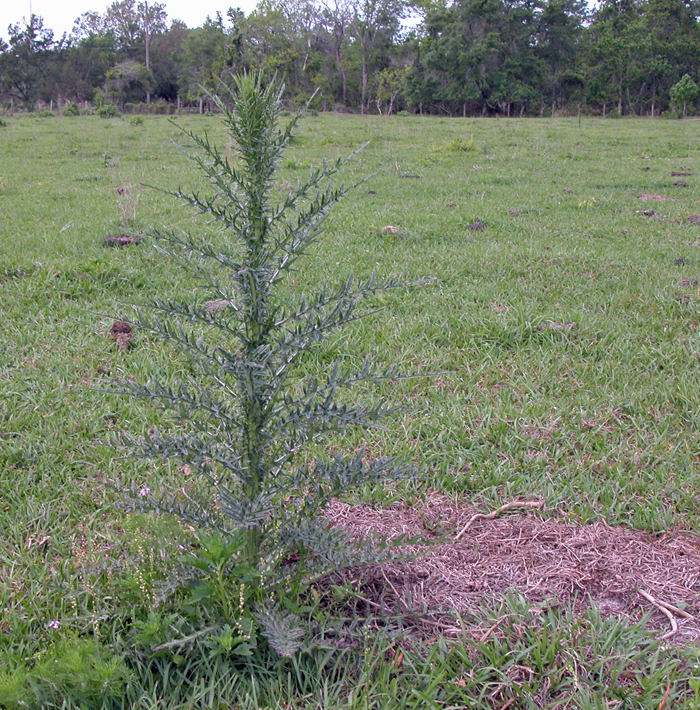 Stage 3: In its final stage of growth the thistle will flower, produce seed and die. Flowering typically is seen from April to August. 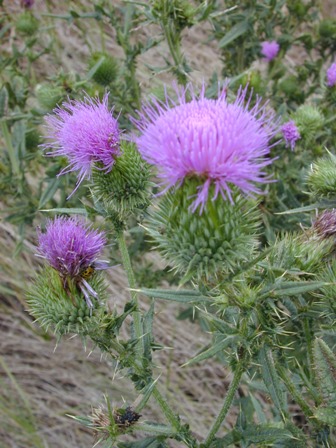 When it comes to controlling thistles, timing is everything. The prevention of seed production is key. Mechanical and chemical control can be effective for thistles in pastures. Mechanical control can be effective, especially in smaller pastures, or when issues first arise, and there is a small infestation.  Using a shovel to dig thistles during the rosette stage is a common practice of control in pastures during early infestation. Mowing can also be used; however, consideration of the stage of growth must be taken. Mowing plants after flowering will actually enhance seed spread, making the problem worse. In addition, if you mow a pasture where a thistle issue is present, the mower should be cleaned before moving to areas of your operation that don’t have a thistle issue.

Complete control options, chemical effectiveness, and rates can found in the publication: Thistle Control in Pastures

Scouting is always essential to identify the issue early allowing for timely, proactive mechanical or chemical control of thistles. Regardless of the control method selected, the importance of timing cannot be over emphasized. 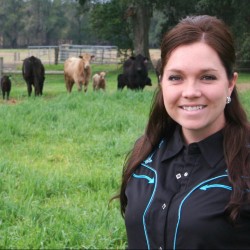