In recent weeks, peanut growers throughout North Florida have observed an increase in the occurrence of soil borne, pod rot diseases. In early June, Tropical Storm Cristobal provided torrential levels of rainfall in North Central Florida, followed by even more showers giving a total of 18-22 inches within a week’s time in some locations. From that point forward, frequent afternoon showers and high air temperatures coupled with a maturing stage of peanut growth, allowed for soil borne diseases to proliferate. Additionally, many producers lost much of their potassium and gypsum fertilizer that had been applied shortly before the heavy rain – contributing to an ideal situation for a pod rot disease to eventually emerge. A lack of these essential nutrients needed for optimal pod development may have weakened plants. Currently at this point in the season, canopy closure makes it difficult for soil at the base of the plant to dry down. Producers say that peanuts between rain events appear to be showing signs of stress or wilting of top leaves due to heat. The appearance of mild wilt or stress may be alarming and triggers the impulse to apply an irrigation application to cool plants between the rain showers. Because of these factors, some peanut fields have remained saturated or moist under the canopy with no dry period, providing a scenario for more disease pressure to develop below ground. 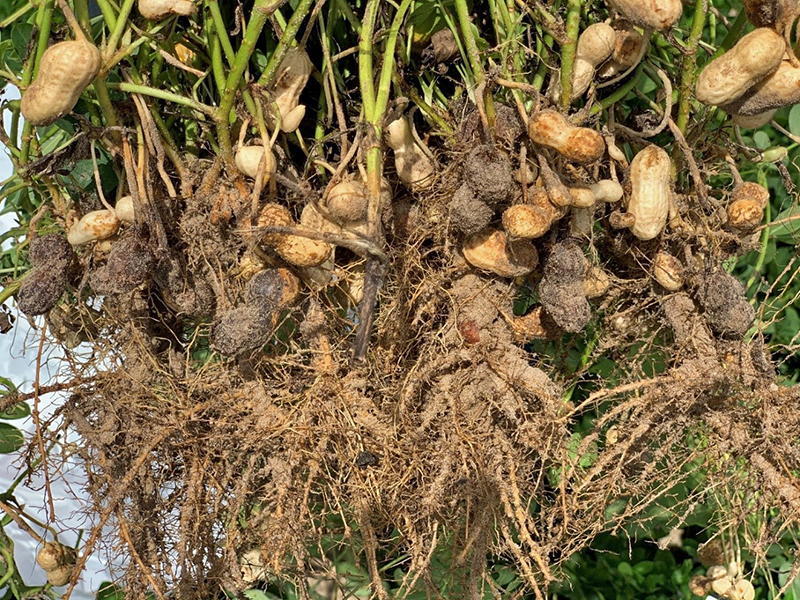 Figure 1. Typical symptoms of peanut pod rot. Note the dark colored pods with sand and dirt stuck to the shell. Despite the presence of pod rot, the root system was generally healthy. Photo credit: De Broughton.

Symptoms of pod rot can vary depending on the location, environment, and pathogens involved. Deterioration or rotting of fully developed pods is what gives this disease its name. The color and texture of the diseased pods can be either tan to brown, dry decay or greasy, dark brown/black, wet decay depending on the pathogens and the environment. When this disease strikes, many pods may remain in the soil after digging because of weakened pegs. Often there are no above ground symptoms associated with pod rot and severely affected plants may be darker green and have prolonged flowering. The root system generally is not affected, although certain pathogens may also affect the roots. Although the above ground parts of the plant may look healthy there can be serious pod rot below ground on the pods. The first symptoms of pod rot include collapse of pod tissues, which are attacked by various soil micro-organisms causing the characteristic dark discoloration of the pod.

What plant pathogens cause pod rot?

Peanut pod rot is often referred to as peanut pod rot complex because several plant pathogens can be involved. For this article we will focus on the three most common pathogens associated with the disease Pythium myriotylum, Rhizoctonia solani, and Fusarium solani. Research has found that there may be a multi-step progression of the pod rot complex, with certain pathogens and nutritional deficiencies predisposing the peanut pods to infection. The severity of pod rot is related to presence of a specific pathogen in some cases, or multiple pathogens and a wide variety of environmental factors, such as deficiency of a specific plant nutrient – calcium. In Florida it has also been found that pods exposed to moderate levels of peanut root-knot nematode (Meloidogyne Arenaria) in combination with Pythium myriotylum sustained 31% more decay than those exposed to P. myriotylum alone. It is possible that damage by other nematode species, or by certain insects might also predispose the pods to increased pod rot. 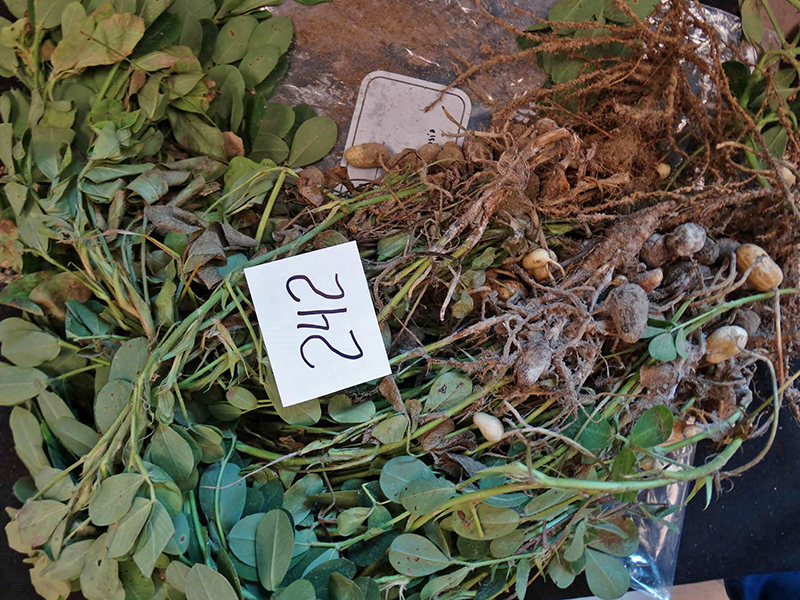 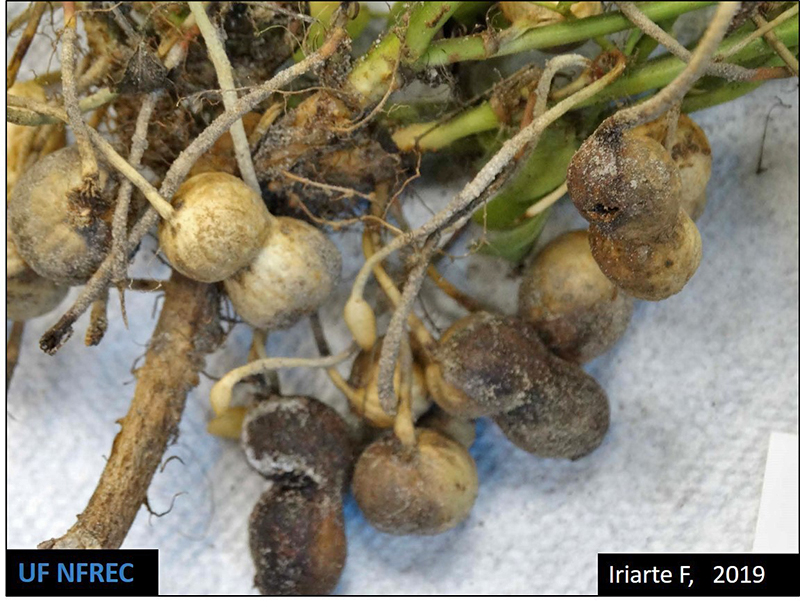 Figure 3. Peanut pod rot caused by Rhizoctonia solani This sample was diagnosed by Dr. F. Iriarte at UF NFREC in 2019.

Calcium availability and uptake is key

High levels of K and Mg in the soil can inhibit uptake of Ca and therefore peanuts are often not fertilized and “high-cal” lime is used instead of dolomite. Soil test levels of about 450 lbs./A of Ca result in maximum yields of runner type peanuts, while levels almost double this are necessary for maximum yield of Virginia type peanut.  The larger peanuts have a smaller surface to weight ratio and require a higher concentration of soil solution Ca in order to provide adequate Ca to the pod. Therefore, if soil samples show only Ca to be low, then calcitic lime would be satisfactory. However, if both Ca and Mg are low, then dolomitic limestone should be selected. Lime should be applied 3 to 6 months before planting peanuts, but can be applied up to the time of planting.  Lime can be applied in the fall to allow time to react with the soil. If Mg soil test is not low, use calcitic lime so that Mg will not compete with Ca for uptake by peanuts. Gypsum is often applied to peanuts at pegging time so that peanuts will have an adequate Ca supply. Rates of 250 lbs/A of dry gypsum in a band, or 1000 lbs/A of wet gypsum are often applied to peanuts that are to be saved for seed, or when the soil test shows a need.

If you are considering a fungicide application targeting pod rot, you will need to evaluate the potential for pod rot development, the growth stage/time to maturity of the crop, and the pre-harvest interval of the product you are intending to apply. In many cases, if only moderate levels of pod rot are present late in the season, the return on investment for the fungicide application might not justify the cost of application. If there is a history of severe pod rot for a specific field, then application of fungicides at pegging could be warranted. Fungicides such as Abound and Ridomil will need to reach the crown and pod zone to have any effect. High volume applications are one option to increase the likelihood of the product reaching the target, but will require 30 gpa to be effective. Another option is to use at least 15 gpa and spray at night as the product will have a better chance to reach the target. Unfortunately, the effectiveness of running fungicides through an irrigation system for pod rot protection is unknown.

Fungicide options containing phosphorous acid, such as K-phite, are highly mobile in the plant, which allows it to get to the pods. However, these products are not an option for most growers, because certain European markets have strict regulations related to residues, and this active ingredient does not leave the pods quickly. Also, because of this issue, there has been limited testing for efficacy. 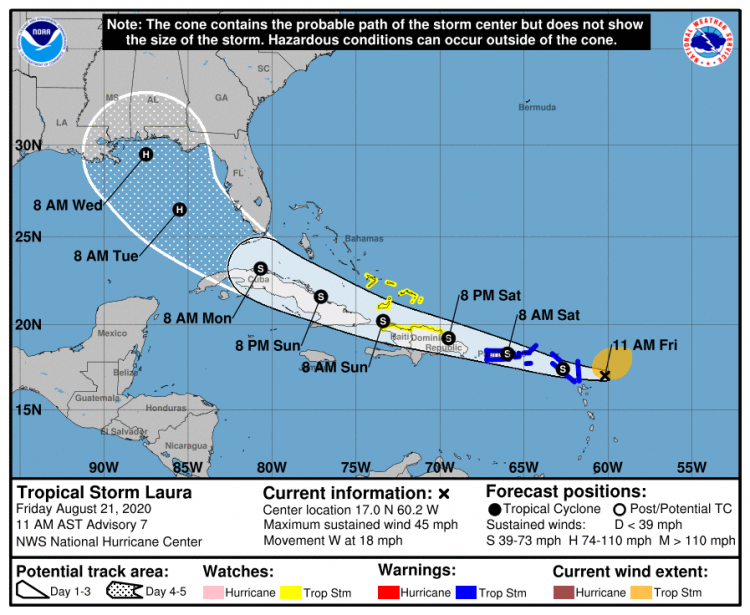 With the potential for additional heavy rainfall from tropical depressions in the upcoming week, growers will need to assess their current state of maturity and risk of pod rot. If significant pod rot is already being found then a decision to harvest as soon as possible might be justified, given the potential for rain and delays in harvest, if a tropical system moves through the peanut producing region.