Florida has several species of cutworms that can be problematic year to year in cropping systems, especially corn and soybeans. Larvae are capable of overwintering and surviving the winter here, which has become easier in recent years with fewer periods of freezing temperatures.

The two most commonly found cutworm species in Panhandle fields are the black cutworm and granulate cutworm. Cutworms tend to occur and pose a threat to fields from April through June. Early in the season these caterpillar larvae are capable of clipping plants off right at the soil surface, living up to the common name ‘cutworm’. Black cutworm at the base of a freshly clipped corn stalk. Photo by W.M. Hantsbarger, Bugwood.org.

Despite their common name, they are more than capable and willing to feed on plant leaves as well. Like many other pests, cutworms feed on winter vegetation until it is removed or dies out and then readily move into crops. Early land preparation and weed management are key preventative measures for this pest. Killing host weeds and breaking ground at least two weeks prior to planting are effective ways to disrupt their lifecycle. After planting, fields should be scouted once or twice a week, especially if the field was weedy prior to planting, or if cutworms have been a problem in that location in the past. Their populations and presence can vary year to year, but tend to be problematic when they occur. Black cutworms can complete their life cycle (egg to adult) in as little as 35-60 days, while the granulate cutworm ranges from 50-70 days.

When scouting, look for plants that have been clipped off at the base or have obvious leaf feeding, or more subtle signs of injury such as wilted or lodging plants. Cutworm larvae themselves may be difficult to find during the day, as they tend to hide in organic matter or borrow into the soil, surfacing in the evenings and  feeding at night. Late instars (large caterpillars) are generally close to pupation and are harder to kill, because they will stop feeding and burrow in the ground to complete their life cycle. If you find cutworms longer than 1 inch, it will be hard to get good control, so it may be best to delay the application for the next generation.

Soil insecticides like chlorpyrifos (Lorsban) can be applied and incorporated, pyrethroid insecticides (Mustang Maxx, Warrior, etc.) provide good control, but should not be incorporated. Certain strains of Bt corn are also labeled for control of black cutworms and will reduce feeding damage. These include any with the Cry 1F protein or the Vip3A protein, a full list of trade names can be found using The Handy Bt Trait Table.

For questions on identifying cutworm larvae or damage, contact your local extension office.

More information is also available in the following publications: 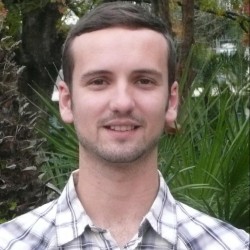