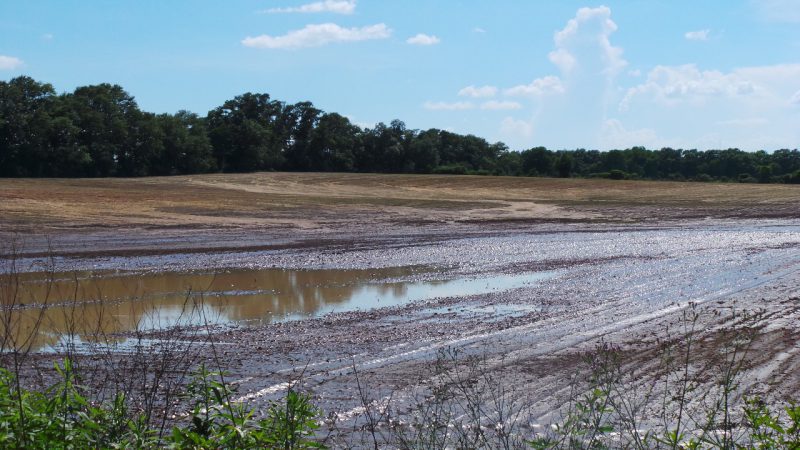 With the 2021 crop season upon us, many people have already spread fertilizer and either already planted or are in the process now. But heavy rains, on Saturday, April 24, 2021, brought up to 7 inches of rain to many crop fields in the Southeast. So, the question becomes what, if anything, should we do about fertilizer after all that rain?

A 6” rainfall over one day is not like a 6” rainfall over 3 days. A heavy rainfall is likely to runoff instead of infiltrate. If your fertilizer was not in a position to runoff the situation might not be all that bad. However, if your fertilizer was broadcast over non-cover-cropped ground and not incorporated, you have a higher chance that real nutrient loss happened. But even in that situation, it’s not time to panic, yet. Here’s what you need think about.

Since peanut is known as a good scavenger of nutrients, you probably didn’t put much fertility out on peanut ground. You might have limed, but that shouldn’t be a concern. So there’s not much to worry about here, nutrient-wise. If you did fertilize your peanut ground, the same principles described below will still apply.

Bottom line, it may not be economical to replace 30 lb N/a right now, especially on large acreage, so be prepared to sidedress N on the early side of the window (first square rather than first bloom) and maybe bump up the rate 10-25% then. Tissue sample right before sidedressing if possible.

So…what should you do now?

Let’s agree to take phosphorous off the table and potassium to some extent. The “packing rain” from last weekend is more worrisome because it will do more to compact soil and limit root growth and therefore potassium uptake.  Maybe don’t look to replace potassium now, but if you had already planned to put some more K out, do it no later than sidedress time (first square to first bloom).

Try not to be in a huge hurry to replace any nitrogen that you think you may have lost, just evaluate what cotton looks like at first square and be prepared to go with an early N sidedress. Tissue sampling would be amazingly helpful in this regard also. Take a tissue sample sometime right before squaring or at squaring (should be around 35-45 days after planting) to check N levels. The beauty of this is that P and K can also be checked and everything else, including sulfur!

Sulfur is also highly mobile in soil, like N. Due to that, it will be good to include sulfur with your N sidedress. This is pretty easy to do with liquids (like 28-0-0-5(S) and 18-0-0-3(S) and by adding to ammonium sulfate to urea or ammonium sulfate solids. There is also Amidas, urea and ammonium sulfate homogenized into a 40-0-0-5.5(S) granular.

If you haven’t finished putting N and S out yet, then I would consider replacing about 25 % of your total N rate (include some S too, like with cotton). If you’re near V6, you can go ahead and topdress as usual, since your nutrient demand is about to take off anyway.

If you have already put all your N and S out on corn, maybe wait a week and take a tissue sample and see where you stand and determine if you need to put some more out.

If plant health becomes an issue and you suspect fertility issues, pull a sample for analysis or contact your local agent. 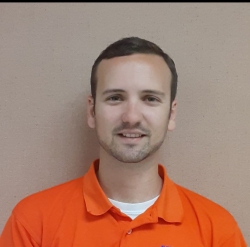