This past week has been dry, but we’ve already had an abundance of rain this year.  Wet conditions are conducive to fungal disease.  One disease that is starting to show up is cedar apple rust. 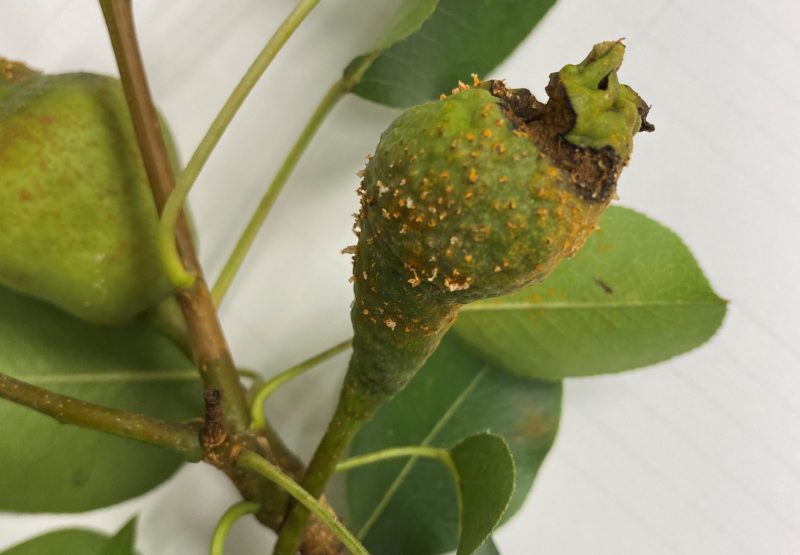 As you would expect, cedar apple rust is a member of the rust family.  Members of this fungal family are a reddish orange during some parts of their life cycles.  Cedar apple rust requires two or more host plant species to complete its life cycle.  A juniper species (usually eastern redcedar) and a species in the rose family (usually apple, pear, or mayhaw) are required.  The life cycle begins with the production of teliospores on golf ball sized growths on a juniper species.  The teliospores produce structures called basidia which can be blown two to three miles in the wind.  After landing on an alternate host, the basidia spores germinate and form reddish orange spots on leaves and fruit of members in the rose family. 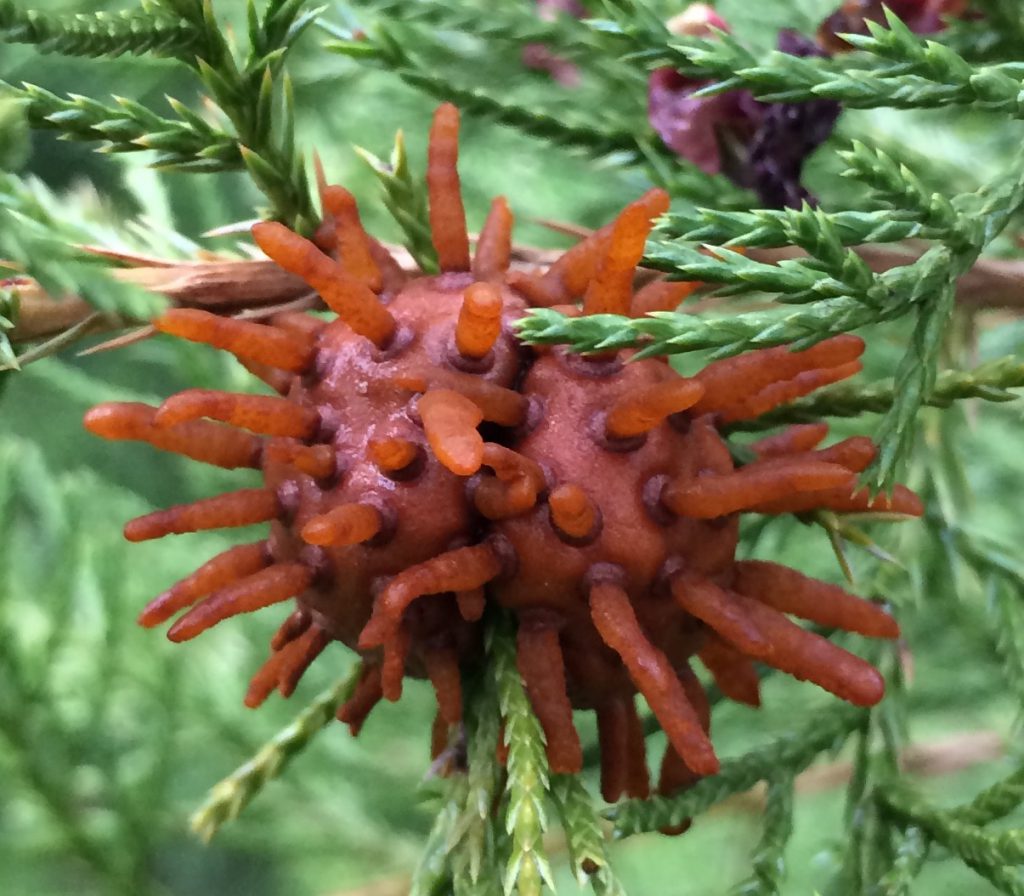 There are a number of control measures that can be implemented for this disease.