The samples submitted were ranked based on relative forage quality (RFQ) with the top three entries in each category receiving a plaque and a cash prize: 1st place – $250, 2nd place -$200 , and 3rd place – $100.  The overall winner (highest RFQ) received $1,000 and a choice of the use of a new Massey Ferguson DM Series disc mower or RK Series rotary rake for the 2022 hay production season.

For the first time since the contest began in 2004, a Florida forage producer won top honors.  The winner of the 2021 Southeast Hay Contest was Bill Conrad who farms near Malone, Florida.  Bill Conrad, his son Joe, and daughter Heidi raise perennial peanut, and alfalfa to square bale and sell to horse and goat farms. This year they tried something new and grew crimson clover.  Their crimson clover square baled hay turned out to be the best hay in the entire Southeast, and the highest quality hay the farm had ever produced. Their crimson clover hay had an RFQ of 297, with 20.5% crude protein (CP), and 74.5% total digestible nutrients (TDN) on a dry matter basis. 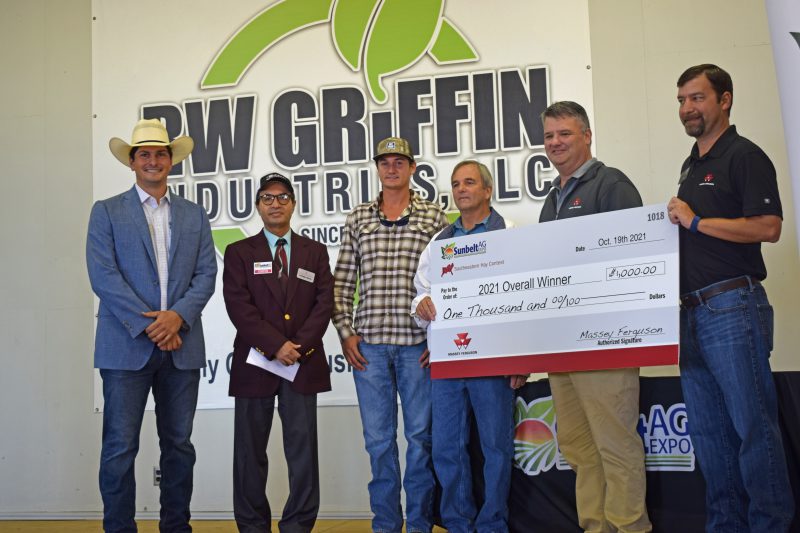 Bill Conrad won the 2021 Southeast Hay Contest with square baled Crimson Clover Hay that had an RFQ score of 297. Massey Ferguson sponsored the $1,000 cash award and will also provide the use of a new mower or rake for the 2022 hay season. Credit: Doug Mayo, UF/IFAS 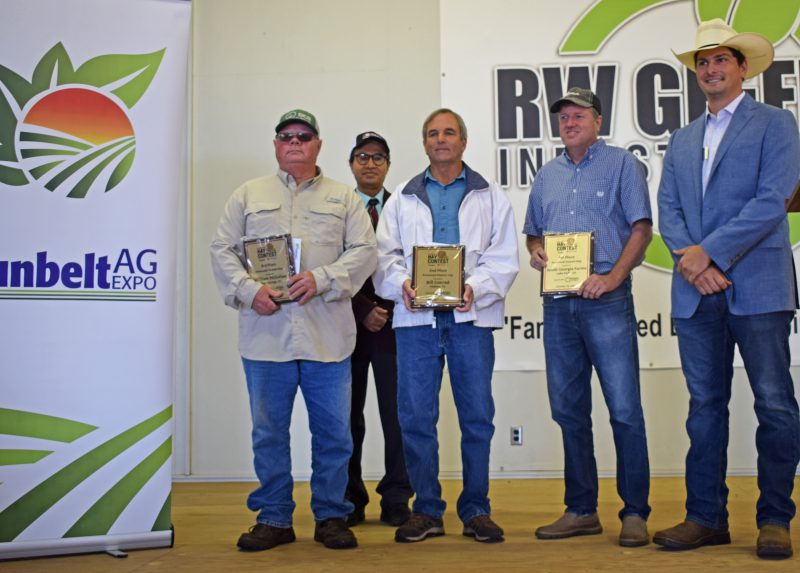 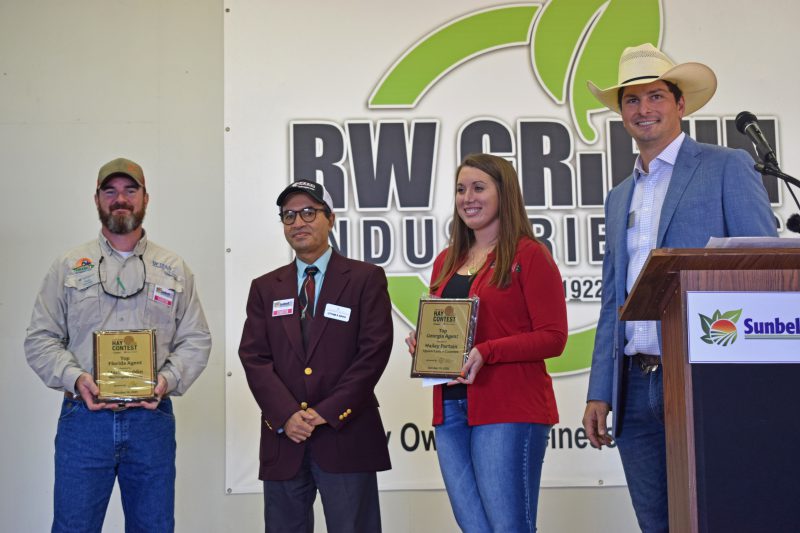 Mark Mauldin, UF/IFAS and Haily Peterson, UGA were recognized as the county agents that submitted the most samples from the counties they serve. Credit: Doug Mayo, UF/IFAS

The following were the top three entries for the 2021 contest in each of the seven categories, along with the sponsors of the cash awards for each category. 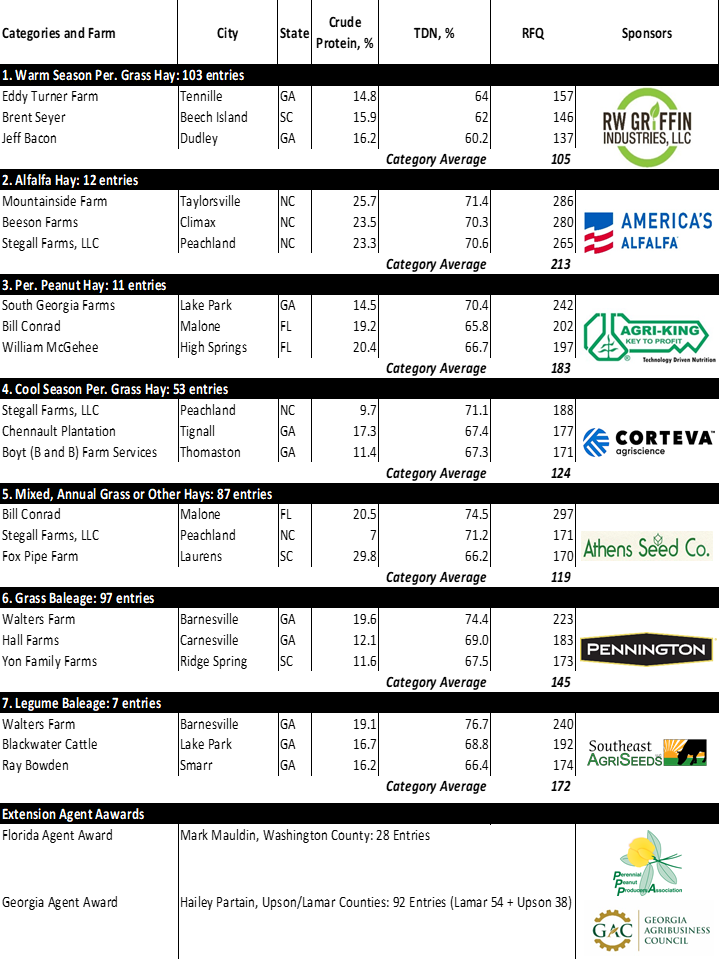 Want to send in a sample for next year’s contest?  Submissions for the 2022 contest are now being accepted.  For more information, visit the SE Hay Contest website, download the 2022 SE Hay Contest Rules and Entry Form, or contact your local county extension agent. All entry forms must include the signature of your local county agent to verify the source of the entry.  The SEHC is a partnership between Cooperative Extension and private industry, who make this event possible.