The red imported fire ant Solenopsis invicta (Figure 1 below) is an invasive species that is speculated to have been introduced into the US through the state of Alabama from 1933 to 1945. Since then, it has established itself in over 13 states including Arkansas, California, Florida, Georgia, Louisiana, Mississippi, North Carolina, South Carolina, New Mexico, Oklahoma, Tennessee, and Texas.  Fire ants persists as a nuisance in both rural and urban environments. 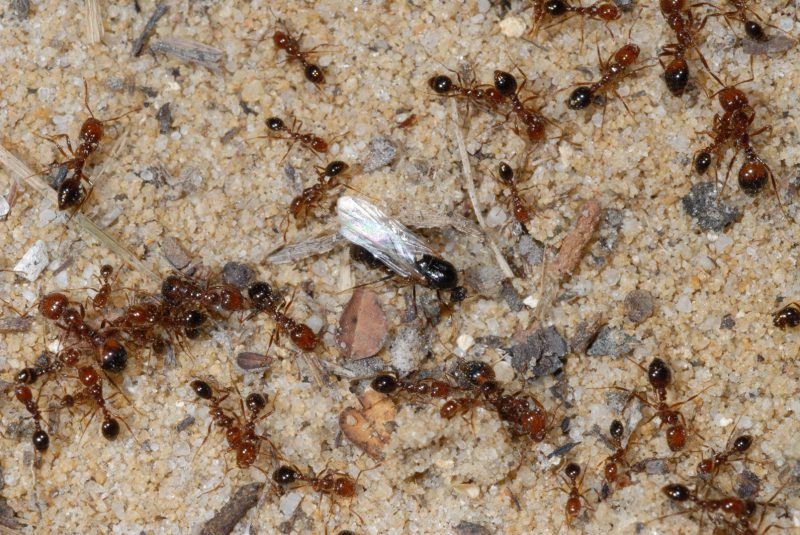 In agriculture, the impact of fire ant is largely dependent on the crop. For instance, for sweet potatoes or peanuts, presence of fire ants is considered beneficial, as they are predators of the sweet potato weevil and several caterpillar pests.

In citrus, fire ants are considered a pest due to their impact on citrus tree health and their impact on native pest enemies.  Fire ants can be observed within the roots of citrus seedlings or actively foraging on the foliage, and their settlement in a grove is usually accompanied by the formation of ant mounds around the base of citrus tree trunks. Fire ant workers can feed on the fruits, flowers, and plant sap of citrus plants; and they can even go as far as deforming the bark of the trees or damaging the root system. Given their aggressive attitude, fire ants have been documented to predate on a variety of arthropods such as whiteflies, worms, pill bugs, mites, and scales. However, fire ant predation also include natural enemies including larvae of the Asian ladybeetle Harmonia axyridis, the most common ladybeetle found on citrus in the Panhandle. This aggressiveness against natural enemies is linked to the mutualistic behavior with piercing sucking insects, such as Asian citrus psyllid or aphids. Fire ants feed on the sugary-rich honeydew produced by those species in exchange of providing protection against predators and parasitoids.

Given the prevalence of fire ants in fields and the difficulty to control them, it is illusive to try to eradicate fire ants from your grove; however, fire ant mounds at the base of citrus trunk should be removed on a regular basis to avoid damage to the root system, especially for trees less than 2 years old. Toxic baits (with S-methropene, pyriproxyfen or Abamectin) have proven some efficacity in removing fire ant mounds. Toxic baits should be applied when temperatures are above 53 °F, on a sunny day when ants are active.  For organic operations, grapefruit essential oils have been described as a potential alternative with high mortality achieved within the first 12 hours. In addition, grapefruit essential oil application causes a disturbance in antennal function, reducing fire ants foraging capabilities, and the ant’s ability to attach to surfaces (Zhang et al., 2021). Finally, a novel method consisting of injecting bowling water (190 F° to 212 F°) in the fire ant mount at high pressure has been developed and is currently used successfully in grape vineyards. 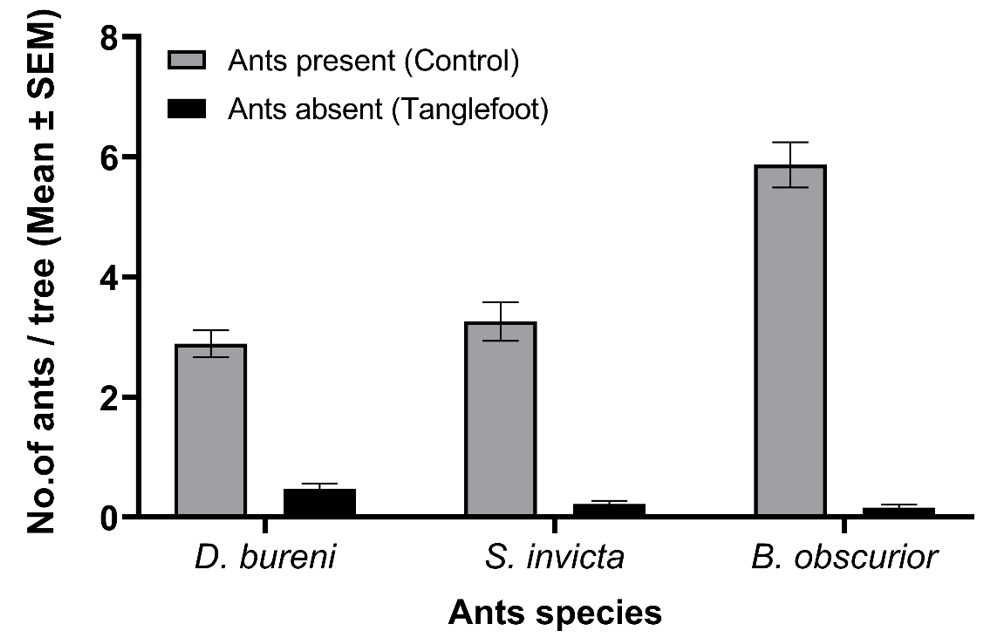 For mature trees, damage to the plant is minimal, however preserving biological control efficacy is desirable. Application of Tangelfoot®  at the base of the trunk has been proven to reduce dramatically the amount of fire ants foraging on the trees and therefore increasing biological control species (Fig. 2 above and Fig 3 below). 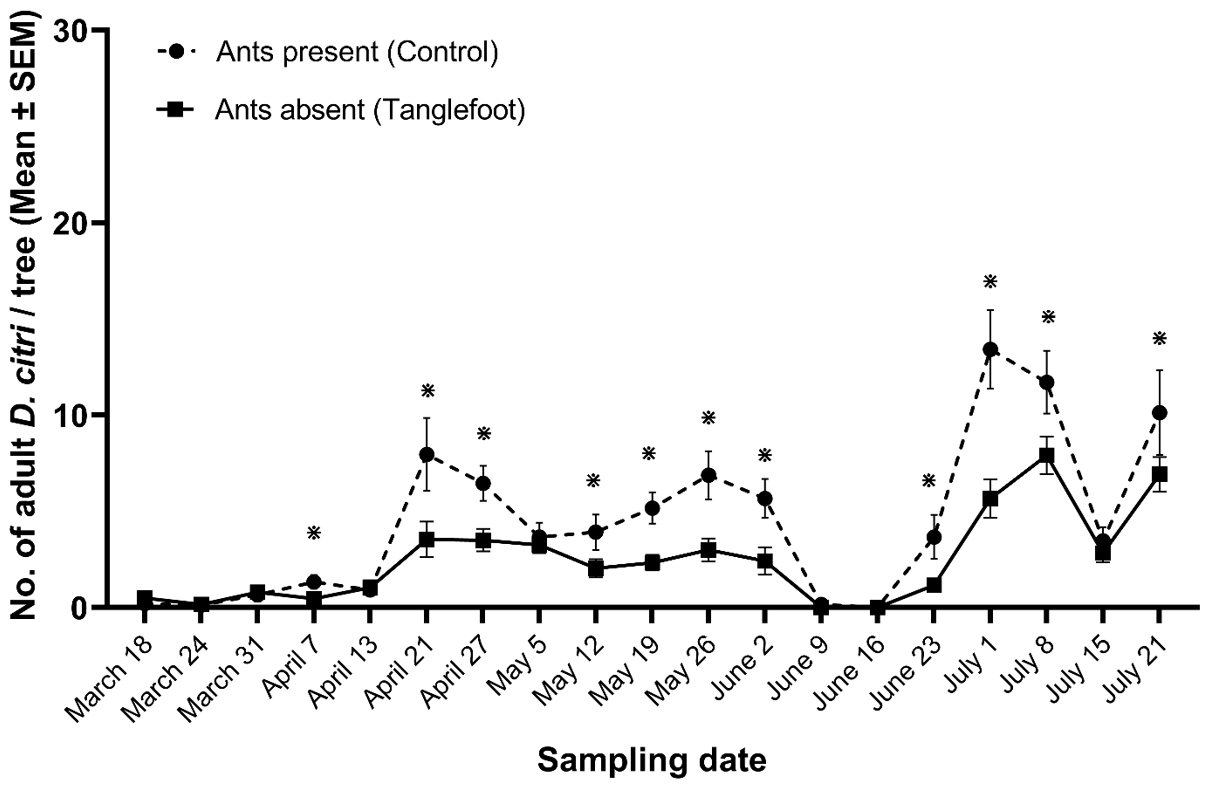