The FWC asks people who plan to hunt deer, elk, moose, caribou or other members of the deer family outside of Florida to be vigilant in helping reduce the risk of CWD spreading into Florida. An important step is to be aware of and follow the rules that prohibit importing or possessing whole carcasses or high-risk parts of all species of the deer family originating from any place outside of Florida. 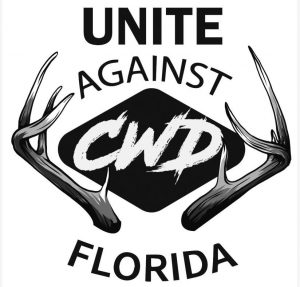 Under the new rules, which took effect July 2021, people may only import into Florida:

The only exception to this rule is deer harvested from a property in Georgia or Alabama that is bisected by the Florida state line AND under the same ownership may be imported into Florida. For more information about the new rules, see the infographic and video below.

These rule changes continue the FWC’s work to protect Florida’s deer populations from CWD spreading into the state. 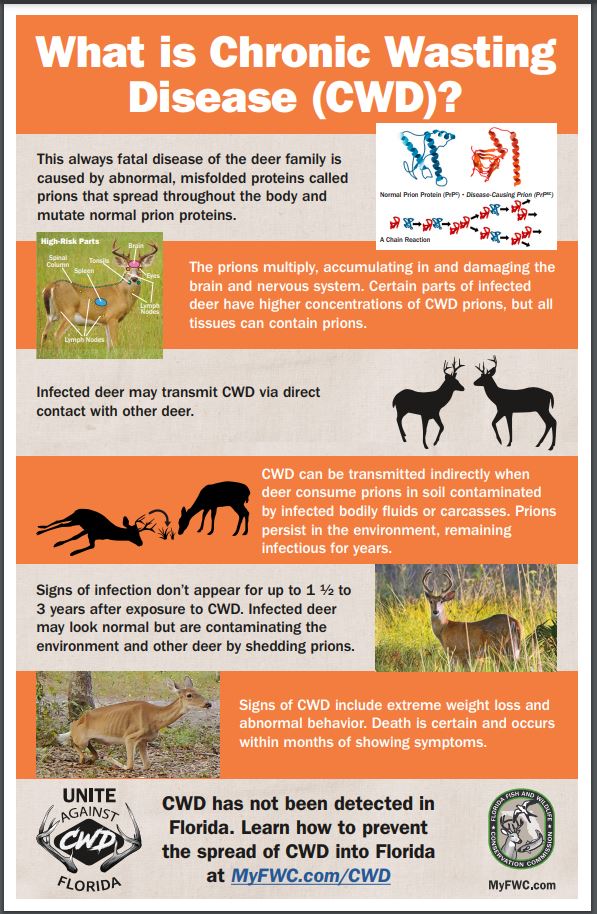 Use the following link for more information on this topic: