Agritourism Can Promote Your Farm and Generate Extra Revenue The momentum behind the local food movement has meant a huge growth in the number of consumers heading to their local farmers’ markets each week. Not only are they interested in buying produce that is fresh and locally grown, but they are also interested in understanding exactly how the fruits and vegetables were grown. In order to do this, many are heading straight to the farms themselves. This rekindled desire for agricultural education and for being reconnected to the land has meant the growth of an entire new industry – agritourism. The blend of tourism and agriculture allows the public to become engaged with local food beyond the farmers’ market, and also allows the farmer an entire new source of revenue.

California, Texas, and New York are currently taking the most advantage of this growing industry. Unfortunately, Florida has lagged far behind in the business of agritourism due to issues with liability and heavy regulation, which made inviting the public onto their farmlands very difficult. But in 2013 this changed, as the Florida Legislature passed SB 1106, protecting farmers and ranchers from liability as long as activities are directly related to agriculture. This has opened up many opportunities for Florida farmers to generate revenue, while also giving citizens what they want – access to explore local farms and meet the farmers on their own fields, pastures, and meadows.

In the United States the money generated by agritourism has grown 24 percent since 2007, totaling $704 million in 2012, according to the 2012 Census of Agriculture. There were over 33,000 farms in the U.S. offering on-farm activities to the public, and in the Southeast alone there were 42 percent more farms participating in agritourism in 2012 than there were in 2007.

After Senate Bill 1106 was passed, Florida Statute 570.961 changed the definition of agritourism so that it closely links with genuine agricultural production, defined as “any agricultural related activity consistent with a bona fide farm or ranch or in a working forest which allows members of the general public to view or enjoy activities related to farming, ranching, historical, cultural or harvest-your-own attractions for recreational, entertainment or educational purposes.” Contenders for the “ugliest” tomato at the 2015 Tomato Festival at Turkey Hill Farm. Photo by Molly Jameson.

These changes have given Florida farmers liberty to open their property to the public, which when utilized, not only can generate income on the days of the events, but can also promote the products the farmer produces. For example, Turkey Hill Farm in Tallahassee has had a “Tomato Feastival” every June for the last 13 years. What started as a small farm gathering between friends and fellow small tomato growers has blossomed into an agritourism event that raises money for the Red Hills Small Farm Alliance and draws in between 300-400 people. With a little creativity and promotion through social media, farmers can bring in crowds to their own farms by holding similar events.

Another very popular agritourism event is organized farm tours. Farmers who participate in farm tours within their region benefit greatly from the promotion and public education. One such farm tour in the Florida Panhandle is the New Leaf Farm Tour. Every October, farmers participating in the Farm Tour simply open their farms up to the public for either one or both days of the Farm Tour weekend, and can sell produce, promote their products and agricultural practices, and offer on-site activities.

So whether you have a large operation or a small one, produce commodity crops or niche market crops, raise many animals or simply have one old rooster, consider planning an agritourism event to bring in some extra cash-flow and generate interest in your operation. There are no hard-and-fast rules, and activities can be catered to what works best for you.

For more information on this topic: 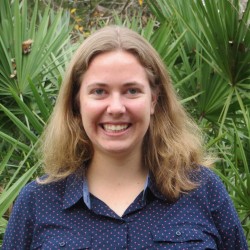