Since its introduction to Florida in 1986, the silverleaf whitefly, Bemisia tabaci, biotype B (Fig 1) has remained one of the most problematic and difficult pests to manage in vegetables. This is due to B. tabaci’s wide host range, rapid and unpredictable population explosions, and ability to quickly develop resistance to many commercial insecticides. In addition to difficulties regarding pest management, B. tabaci is also responsible for transmitting over 150 geminiviruses including Tomato Yellow Leaf Curl Virus (TYLCV) and, more recently, Cucurbit Leaf Crumple Virus (CuLCrV) (Fig 2). Due to the wide variety of viruses B. tabaci transmits, a complete damage assessment attributed to this pest remains difficult, however, TYLCV alone causes over $10 million per year in economic damage to Florida’s tomato production with up to 100% yield loss in some fields.

Due to the development of insecticide resistance and difficulties in managing B. tabaci with conventional insecticides alone, significant agricultural research has been aimed at finding alternative control methods or developing techniques that enhance existing methods. One such research area that shows promise is the utilization of organic and inorganic compounds as either attractants or repellents in a push/pull system designed to keep whiteflies out of susceptible crops. Since B. tabaci locates and chooses a host using a combination of visual and olfactory cues, disrupting these biological functions can make host selection and acceptance more difficult. Out of all the compounds that are currently being investigated, kaolin, a natural clay mineral, has shown to be an effective repellent when sprayed on vegetables crops (Fig 3). Some likely reasons for kaolin’s effectiveness as a repellent may be attributed to reduction in a plant’s visual appeal once sprayed in addition to making the host plant less palatable. To better understand the potential efficacy of kaolin as a whitefly repellent, a study was conducted by UF/IFAS North Florida Research and Education Centers located in Quincy and Live Oak from September to November 2017. This study looked at the number of whitefly adults and nymphs found on watermelon that had been sprayed with kaolin versus watermelon that had not been sprayed. The study also looked at watermelon sprayed with insecticides only and several treatments including kaolin combined with different rates of insecticide. The study found that, overall, kaolin repelled adult whiteflies significantly better than the control and conventional insecticide treatments (Fig 4, left). Fewer nymphs were also found on kaolin treatments compared to the control (Fig 4, right) albeit slightly higher than insecticides.

In past years, B. tabaci nymphs have been much easier for growers to manage since they are more susceptible to commercial insecticides and lack the adult’s ability to fly and disperse to more favorable hosts when their current host is unsatisfactory. Better management of adults is essential for effective control of this pest as it reduces the subsequent number of eggs and developing nymphs on a vegetable host. While no current method has been shown to reduce adult populations by 100%, kaolin alone can decrease adult populations more than some insecticides; potentially providing better control of this pest using a natural, chemical free method.

While kaolin controls adults B. tabaci relatively well, growers should only consider this repellent as a useful additional component to a general management strategy. Since the economic threshold is low for most whitefly-transmitted diseases, even low numbers of B. tabaci can lead to considerable yield loss. Therefore, using kaolin in synergy with insecticides will ultimately provide the most effective management.

Insecticides, kaolin and other repellents should be applied early in the growing season to protect young crops that are particularly susceptible to whitefly-transmitted viruses. Kaolin showed the same efficiency in repelling whiteflies if applied once a week or twice a week; whereas insecticide treatments may need to be applied every week during the fall when B. tabaci populations are much higher. Additional recommendations include eliminating weeds in the field that may act as secondary hosts for B. tabaci during the off season and using UV-reflective, plastic bedding to disrupt B. tabaci’s host searching capacity.

Further information on this topic can be found at the following sites: 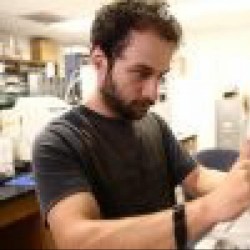 Xavier Martini is Assistant Professor of Entomology at the University of Florida, NFREC.