Exploring the Origin of 4-H

Have you ever wondered how 4-H came to be?  4-H has a rich history that started in the late 1800’s (around the time of the civil war). The Morrill Act of 1862 gave each state in the US land for agriculture research and teaching. This established the land grant university system.  The second Morrill Act in 1890 made racial discrimination illegal for land grant universities receiving federal funds….unless a separate institution was established and maintained. This second Morrill Act gave rise to many of the historically black colleges. However, university researchers struggled to get these new practices adopted by farmers. Adults just didn’t trust new technology, but young people were. So researchers took these new practices into public schools and provided hands on lessons in the hopes that the new concepts would be shared at home and adopted on the farm.  These early 4-H clubs were known as Tomato or Canning Clubs for girls and Corn and Pig clubs for boys. 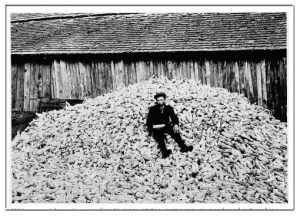 National 4-H Historic Preservation Project. Marius Malmgren , a member of a corn club in Virginia, grew 209 bushels of corn on one acre in 1912 when national corn yields averaged only 45 bushels per acre.

Before there was 4-H, agriculturally based youth clubs began in 1902 as a result of these hands on agricultural learning experiences, years before Cooperative Extension was created! Specifically in Clark County, Ohio and Douglas County, Minnesota, youth clubs were born. The Corn Growing Club for example, was an after-school club. Fairs also began in this same year allowing a venue for youth to share what they had ‘learned by doing.’ To honor youth’s efforts, Jessie Field Shambaugh created a four-leaf clover pin to honor the efforts of the youth. In 1910, the H was added on each leaf of the clover and shortly thereafter the title ‘4-H Club’ was born.

The original mission of the 4-H club was to introduce school aged youth to the agricultural community in which they lived with the intent of helping youth to gain practical, hands on experiences and aid with becoming productive members of their communities. These clubs empowered youth by teaching them valuable life skills enabling them to be better prepared for their transition to adulthood.

Cooperative Extension was born as a result of the Smith-Lever Act in 1914. As a result, 4-H became a nationwide club opportunity, and the clover emblem was adopted. Otis Hall, a state leader from Kansas created the 4-H pledge that was adopted in 1927 at the very first National 4-H Camp held in Washington DC. The motto ‘to make the best better’ was also proposed by Miss Carrie Harrison and adopted that same year. The 4-H pledge is still used today with one small addition in 1973, the words ‘and my world’ added to the end.

In less than 50 years, specifically in 1959, the National 4-H Center was opened and provided trainings and experiences for volunteers, youth, and professional staff. Eventually, the National 4-H Foundation and the National 4-H Service Committee merged to create today’s National 4-H Council. This rapid growth is a testament to the important positive youth development role 4-H has provided. Sadly,

4-H will celebrate it’s 120-year anniversary in 2022! Today, 4-H proudly serves youth from rural to urban areas and everything in between. Experiences still include school enrichment, agriculture, and livestock related projects, but have also branched out to include science, robotics, food safety, healthy living and more. From such humble beginnings, 4-H has grown and adapted to remain relevant while continuing to offer educational opportunities to teach concepts and skills guiding today’s 4-Hers to become productive citizens.

4-H and Extension have had (and continues to have) a huge impact on our country. Teaching today’s 4-her’s about the rich legacy of our organization can help develop a sense of belonging and connection. Focusing on 4-H history can also build excitement and anticipation for our 120th anniversary next year. Here are a few ways you can incorporate some 4-H history into your club meetings this fall:

2. Design a fair booth highlighting 4-H History in your county

3. Ask 4-H alumni from different decades to come speak with your club. Ask them to bring photos, record books, and memorabilia to share with youth. Help youth prepare questions in advance about what alumni did and learned when they were in the program. Talk about what is different, and what is the same.

4. Host a 4-H history quiz bowl. The National 4-H Historic Preservation Project has lots of information. You can also refer to Florida 4-H: A Century of Youth Success (your local 4-H office or library most likely has a copy you can borrow).

5. Work with your 4-H agent to form a committee to plan your countywide 120th anniversary celebration. 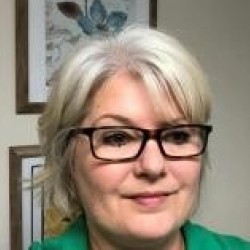