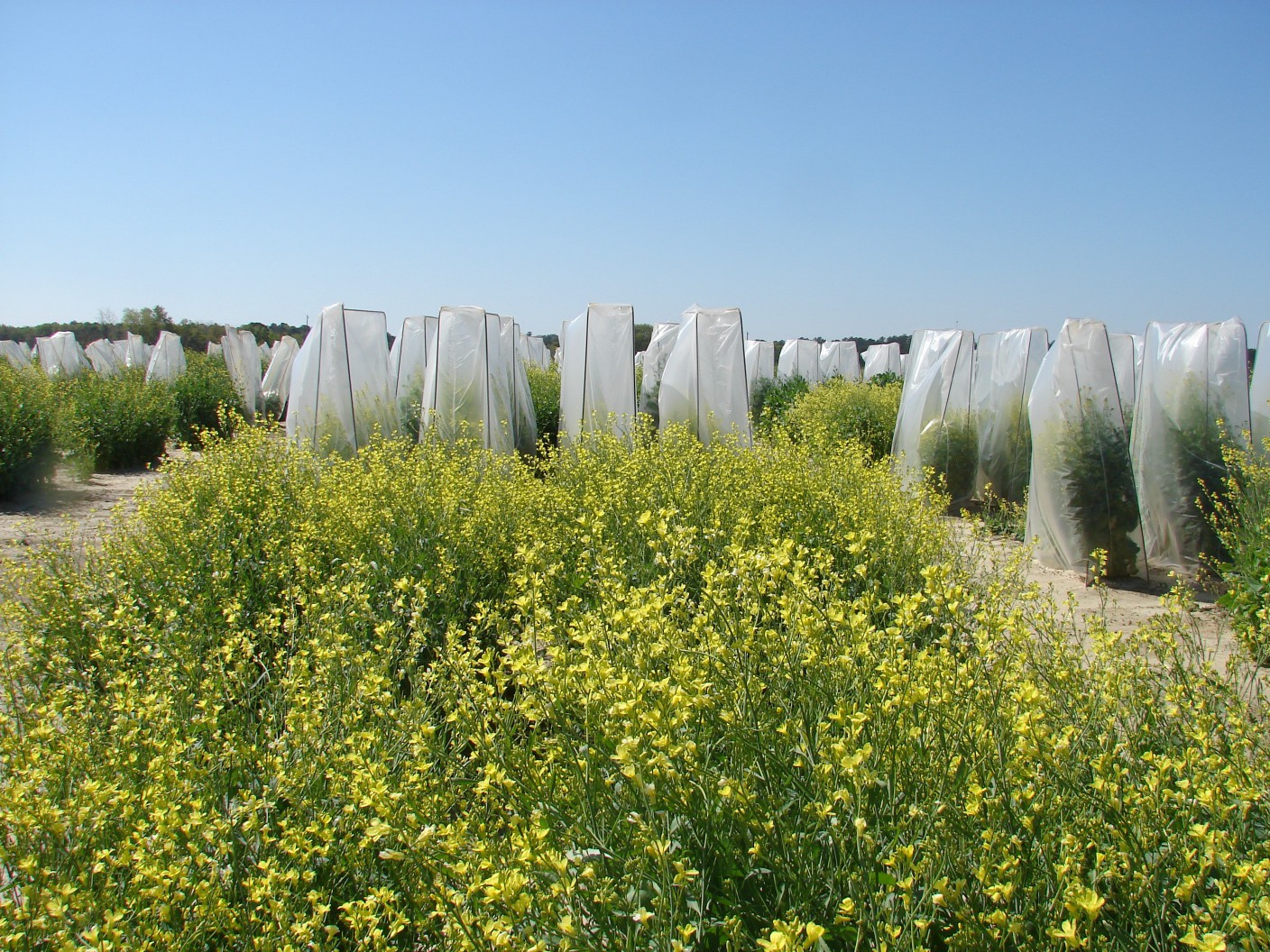 The netting prevents the Etiopian Mustard breeding lines from out-crossing in the NFREC-Quincy breeding trials.

David Wright,  Jim Marois, and Nicholas DeLorenzo, researchers at the University of Florida’s North Florida Research and Education Center (UF/IFAS NFREC), are leading an effort with support from the Florida Department of Consumer Services (FDACS), Mustard 21 (Canada), Agrisoma (Canada), and Applied Research Associates (ARA) from Panama City to develop a crop adapted to the Southeastern U.S. as a “drop in” jet fuel from Brassica carinata, more commonly known as Ethiopian mustard.  This is a winter crop planted in November and harvested in April-May.  Studies are underway to develop best management practices for the crop and determine its potential fit in Panhandle farming systems.  The fuel is very unique in that it qualifies as a J8 jet fuel.  In Canada, a jet has already been flown with 100% carinata based fuel.   This article updates previous articles on this subject were published in Dec 13, 2013 and August 16, 2013 in the Florida Panhandle e-News.

In February, the NFREC hosted a two-day meeting with the people involved in the early development of the project.  Thirty-five people attended and included investigators from North Dakota State (they will grow it as a summer crop), the USDA, University of Florida, ARA and Agrisoma.  The major challenges will be fully developing the genetics of the crop, and up-scaling the industrial process for turning the plant oil into fuel.  Although everything at this time seems feasible, it will be a huge undertaking to get this crop into the hands of the growers with a viable market.  Although everyone was very optimistic, the reality of the challenges was well recognized.

This winter’s cold snap hit the crop hard.  Some of the lines that were planted at NFREC-Quincy suffered little or no cold damage, but others were destroyed.  Also the heavy rains led to some nutrient leaching that had to be managed.  White mold developed in some of the lines being tested.  Still, with the challenges of the 2013-2014 season past us (hopefully), a great deasl was learned.  David Wright said  -“I would rather we experienced these challenges at this early stage of the game, rather than later when we are recommending it to growers; better to lose a research plot than a 100 acre commercial field.”  The goal is to identify a crop adapted to this region that could  provide an estimated total income of $550 to $750 per acre.  If a suitable crop can be identified, their is a potential market for approximately 200,000 acres of production in the region.   On that scale, a winter bio-fuel crop could generate an additional income of $110 to $375 million per year for Southeastern farmers. 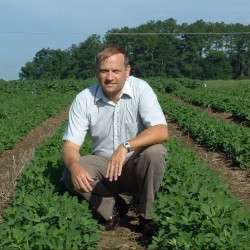