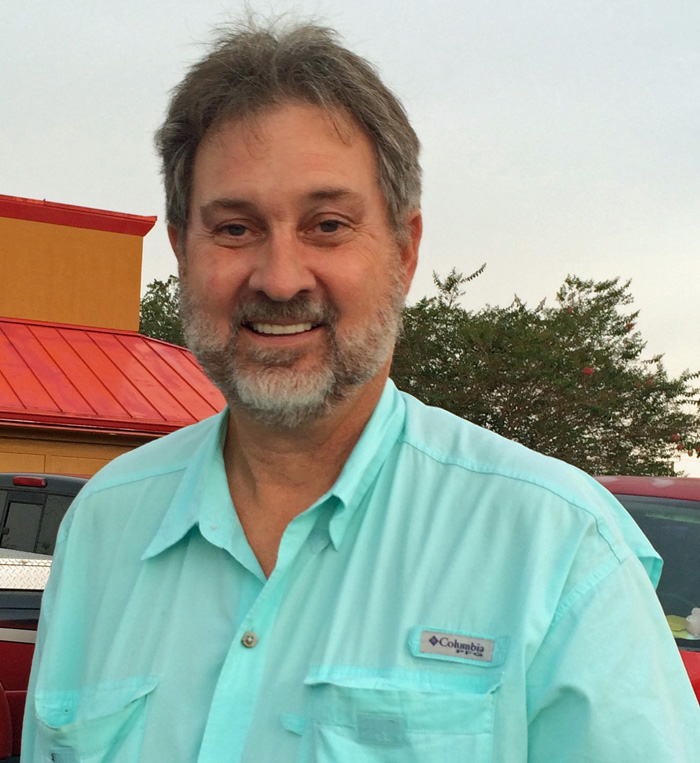 All of the county honorees have distinguished themselves as creative thinkers and leaders in the agricultural community.  From this group of elite farmers that were honored by their home county, one is selected annually to represent Northwest Florida. This year Jerry Davis of Escambia and Santa Rosa Counties, was selected as the Northwest Florida Agriculture Innovator of the Year.  Jerry Davis was nominated by Libbie Johnson, Escambia County Extension Agent and Mike Donahoe, Santa Rosa County Extension Director.  Read Jerry’s story below.  The 11 other Agricultural Innovators nominated this year will be featured on the Panhandle Ag e-News over the coming weeks. 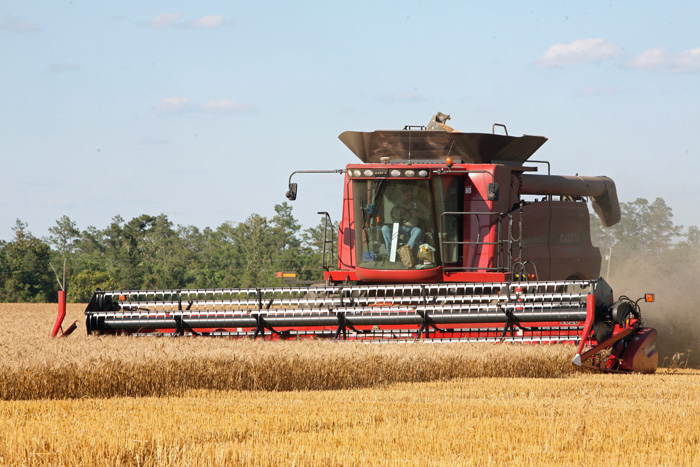 Jerry Davis has been at the forefront of agricultural success in Santa Rosa and Escambia Counties for many years. He has been a very progressive leader in many movements to improve farming techniques throughout the state. He comes from a farming family, growing soybeans and wheat in his youth. The family tradition of farming continues to this day as his wife Patty, and daughter Caitlynn have been very active in the farming operation that has included cotton, peanuts, wheat, corn, soybeans, vegetables, livestock, and other crops.  Early on, Jerry designed a seed conditioning plant (to clean and bag seed for planting) at age 20 for the family farm, and after that, he began farming in 1984. The family was working with Dr. Ron Barnett, UF/IFAS Small Grains Breeder, and Dr. Robert Kinloch, UF/IFAS Nematologist, doing a lot of crop variety and nematode trials on their farm.

Jerry has been on the cutting edge in adopting new technology for agriculture. In 1987, he became involved with Extension in testing the Gossym-Comax cotton crop simulation model and expert system developed by scientists in USDA-ARS and Mississippi State and Clemson Universities.  Jerry attended several training sessions with the agent at Mississippi State University, and tested the model for many years on his farm. The computer model benefited program participants by allowing them to optimize inputs in relation to weather, nitrogen, moisture stress, crop maturity, growth resultants, and harvest aid materials. Data collected was
provided to researchers for model improvement. Data showed that growers participating in the project increased net profits on test fields by more than $30 per acre.

The Davis Farm started doing no-till in 1985, well ahead of the trend. One of his neighbors asked when they were going to plant in the wheat field, and he said, “It’s already up.” Over the years, he’s diversified into other row crops as well as livestock and vegetables, but his mainstay has always ben row crops. In the late 90s, he began to expand to Escambia County, Florida, and later to Escambia, Baldwin, and Hale Counties in Alabama. He was the only peanut grower in Hale County and one of the first peanut growers in Baldwin County.  He was one of the first to grow 30-inch twin row peanuts, has tried 15-inch cotton, and uses grid sampling and precision agriculture to fine tune his operation that covers multiple thousands of acres. He works with Southeastern Cotton Growers and was funded by a project to utilize a VERIS rig to determine conductivity and soil types to predict where nematodes might be more prevalent.

Jerry is widely considered an early adopter of innovations and is ready and willing to try new concepts on his farm. He has partnered with UF/IFAS on variety trials and projects over the years, but most recently, he has tried his hand at growing carinata (Brassica carinata).  Carinata resembles mustard as a young plant but can reach four to six feet in height at full maturity. It is high in erucic and linoleic acids and has less than 7% saturated fatty acids. These  characteristics make it a desirable oil that can be processed into a ready-to-use or “drop-in” bio-fuel.  Because the oil is high in erucic acid, it is considered a nonfood oilseed crop.  Carinata has the potential to help meet the renewable energy demands of the United States without posing a threat to food production. Researchers are working to determine if carinata can be successfully grown in the Panhandle for use as oilseeds. The seeds would be crushed, and the resulting product would be refined for use as a renewable source of jet fuel. This winter and spring, Jerry planted a significant acreage in partnership with Dr. David Wright, UF/IFAS Agronomist, to determine the viability of this region for production of carinata. Not only does Jerry adopt practices, he helps researchers develop the agronomic practices that will serve all producers in this region. 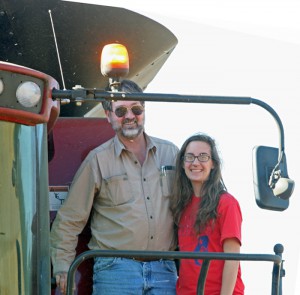 Though he and his crew are busy farming multiple thousands of acres, he has always had time to work with Extension through committee work, as the leader of a tour, or as a sounding board. Jerry has a ready smile and a willingness to help people. For the past several years, he has played a major role in the West Florida Research and Education Center’s Farm-City Week Celebration. His farm purchases and donates the sweet potatoes that are included in the box of Thanksgiving food that is given to pre-qualified needy recipients in Escambia and Santa Rosa Counties. Much of the produce in the box is grown at the WFREC, but the sweet potatoes come from Baldwin County, courtesy of the Davis Family.

Jerry is very civic minded and has worked diligently to advance the interests of the farming community. For many years he has been a spokesman for farmers at the local, state, and national levels. He has worked with policy makers to ensure disaster legislation and positive Federal Farm Bills. He was instrumental in obtaining $600K of state funding for cotton hardlock research over a three year period. He has served as a director of the Florida and Southeastern Boll Weevil Eradication Foundations since the program’s implementation in 1987. As a result of the Boll Weevil Eradication Program’s success, boll weevils have not caused economic yield losses for cotton growers since the early 90s. Upon the program’s completion it was estimated that eradication of the boll weevil benefited growers at the rate of $60 per acre annually.  Jerry has served and continues to serve agriculture and his community in many other capacities including: 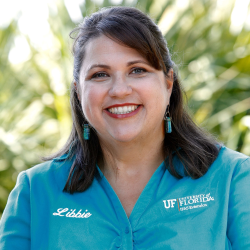