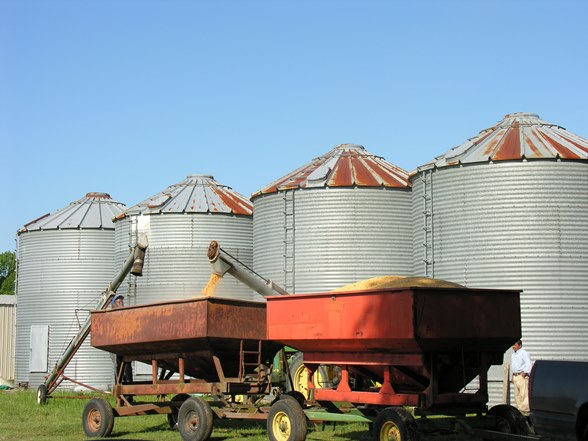 Contacts across Districts noted that compared with a year ago, prices were lower for cotton, corn, soybeans, wheat, hay, rice, cattle, chickens, eggs, hogs, and milk.  Costs for chemicals went up and seed costs remained elevated, too.  However, some input costs have been reported lower since the previous period.  Diesel, fertilizer, and farmland rent expenses are trending downward.

Earlier flooding made fieldwork more difficult in parts of the Atlanta District, which includes Florida. Due to excessive rain and flooding earlier in the year, the USDA designated several counties in central and southern Florida as primary natural disaster areas.  Agricultural conditions were mixed in the Atlanta district, reflecting the national trends. While most of the District remained drought free, there were some areas in Florida, Georgia, and Louisiana categorized as abnormally dry.

Florida’s orange crop forecast increased from the previous month, but continued to be lower than last season.

On a year-over-year basis, monthly prices paid to farmers for corn, cotton, rice, soybeans, beef, broilers, and eggs have declined. Compounding conditions, the elevated value of the U.S. dollar, when compared to foreign currencies, held back agricultural exports.

The Beige Book reports are compiled from Bank and Branch directors, and interviews with key business contacts, economists, market experts, and other sources. The Beige Book summarizes this information by District and sector.  This report is published eight times per year. Each Federal Reserve Bank gathers anecdotal information on current economic conditions in its District.