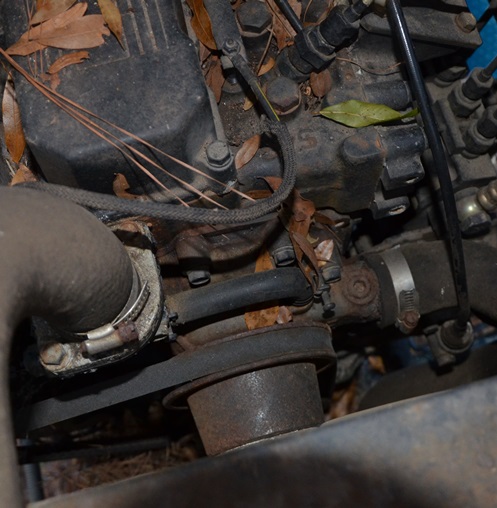 Serpentine belts are a critical component in connection of the cooling system, air conditioning system, charging system, and engine. This belt, which snakes around the outside of the engine, serves a crucial role in functional operations of many types of motorized farm equipment.  The serpentine belt transmits power effectively and efficiently from the front of the engine to other systems in the vehicle. Several environmental factors contribute to wear and tear on these belts, and the placid days of winter serve as a good time to check this important engine part.

Vehicle age, hours of usage, belt tension, electrochemical degradation, and oil contamination all contribute to deterioration of modern belts. Routine maintenance and replacements of equipment belts will minimize breakdowns and costly repairs during peak use seasons.  When compared to other powertrain components belts have one of the shortest life spans. They are constantly exposed to engine heat, vehicle vibrations, and damaging chemicals when the equipment is in use.

Some symptoms of belts nearing failure include squeaking, screeching, or grinding noises which begin when starting the engine or arise during vehicle operation. The grinding sounds near belts are commonly associated with a bad pulley bearing rather than the belt itself.  Inevitably the pulley bearing will freeze up and lead to a belt failure. Other symptoms of a bad belt include loss of power, and leaking coolant or other fluids.

When inspecting the belts look for signs of cracking, missing ribbing, or just general brittleness. If any of these signs are observed it indicates it is time to replace them with a new belt.  In the past when belts were made of neoprene, simply covering a noisy serpentine belt with belt dressing would quiet it. Today, spraying belt dressing on an EPDM-made serpentine belt is not recommended. When belt dressing, oils, or solvents are placed on a modern belt, the belt’s rib surface will initially become lubricated and may quiet the noisy belt temporarily. But, when the belt dries out again, or the solvent flashes off, the rib surface will become very tacky, which will actually cause the noise to return even louder.

The best recommendation is to check for damaged pulley bearings, and to replace damaged or degraded belts.  Simple belt or pulley replacements this time of year can really save frustration and headaches during the upcoming growing season.