Cassava – A Crop for the Back Forty

Cassava, also called yuca (not to be confused with the ornamental plant Yucca), tapioca, or manioc in other regions of the world, is a tropical root crop native to South America.  Cassava belongs to the Euphorbiaceae family, which is known for plants with milky sap and includes plants like poinsettias and spurge.  The cassava root is generally boiled like a potato, and the leaves are utilized in soups or stews.  The root pulp is also pressed and baked to create a gluten free cracker. 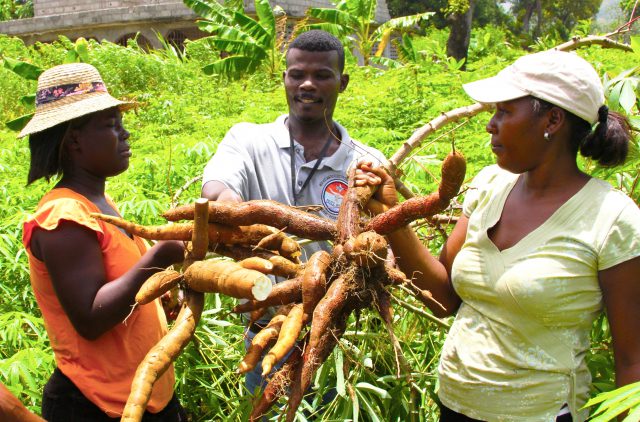 Cassava production reached its peak in Florida in the 1980s at about 1,000 acres in production.  Today, only about 30 acres are in production in Florida, mostly concentrated in Miami-Dade County.  This is due in part to competition from other countries.  However, there are growers in the Panhandle that have successfully grown cassava.  Given the substantial interest in local food, it may be a good specialty crop to try on your farm.

Cassava is a shrubby plant that can grow to a height of eight feet.  It is a perennial plant, however in our part of the state it would be treated as an annual unless grown in a greenhouse or high tunnel.  The leaves are palmately divided, similar to the leaves of a buckeye tree or palmetto.  The stems are segmented and are are cut up and used to propagate new plants.

Cassava should be grown on well-drained land.  The plants like a good amount of water, but roots will rot in saturated fields.  Plants should be grown from stem cuttings taken from the portion of the stem that is at least a foot from the soil line and below the leaf canopy, as shown in the drawing below. 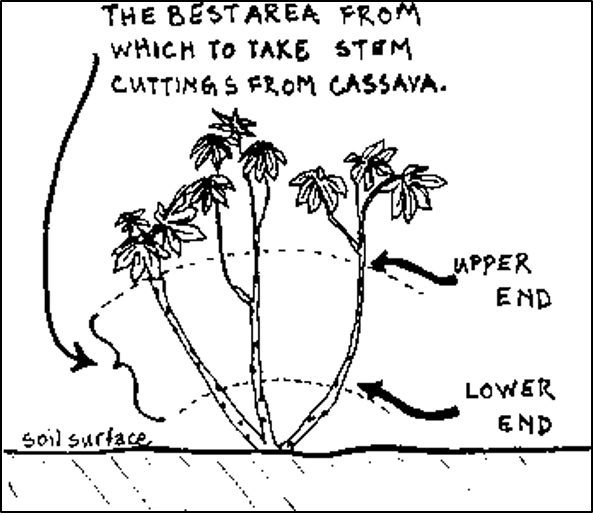 Traditionally, stems are cut into 8″ to 12″ inch pieces containing between 9 to 12 nodes per piece.  These cuttings are then planted immediately in the field.  The recommended spacing is between 20″ to 30″ in row.  The cuttings are planted anywhere from 2″ to 8″ inches deep and can be planted either horizontally or vertically, however, vertically planting the stems will help prevent root rot.  Another method of propagation is to use ministems.  Ministems are much shorter cuttings containing between 2 to 4 nodes.  The ministems are started in transplant trays and then transplanted into the field.  Cassava requires a frost-free growing season of 8 to 11 months in order to produce marketable roots.  Due to the long growing season, production from ministems is recommended in Northern Florida because plants can be started in a greenhouse during late winter to early spring. 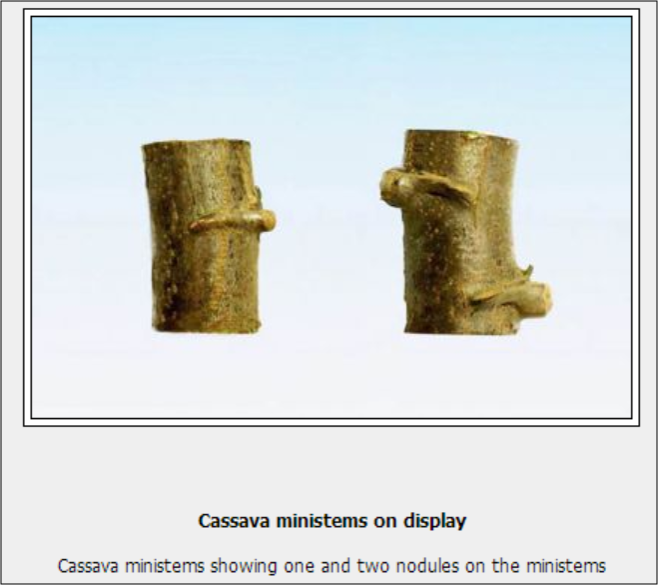 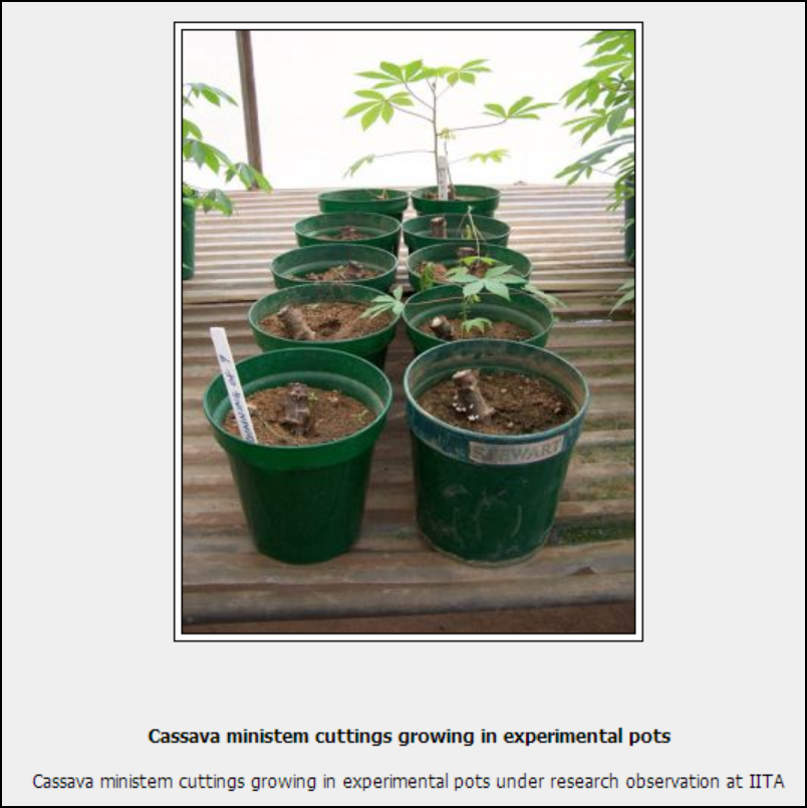 The fertilizer recommendations for for cassava is the same as for sweet potatoes.  A soil test is needed to determine fertilizer rates, however the general recommendation is 40 to 60 pounds of nitrogen per acre applied 28 days after planting, 60 pounds per acre of phosphorous, at or shortly after planting, and 150 to 200 pounds of potassium (50 pounds at or near planting, and 150 pounds at about 28 days after planting).  Low potassium reduces yields and increases the number of long, slender, malformed roots.  Excessive nitrogen will promote more vegetative growth which is an advantage if you are growing cassava for the greens (leaves).

There are both bitter and sweet cassava root types.  Cassava roots contain varying levels of cyanide.  Sweet root types can be made safe for eating by peeling and discarding the root skin and cooking thoroughly.  On the other hand, bitter root types need to be peeled, grated, soaked in water, and fermented before cooking in order to be safe to eat.  You should seek out adequate instructions before trying to prepare bitter cassava.

When prepared correctly, cassava is a versatile food staple served throughout the tropical world, but it could provide something unique  on your dinner table.  Whether you are interested in exploring new markets, or you just like growing different types of foods, you might want to give cassava a try.

More information on Cassava production can be found in the “Root Crop” chapter of the Florida Vegetable Production Handbook: