A few weeks ago I was lucky enough to attend North Carolina State’s Tomato Field Day, at the Mountain Horticultural Crops Research and Extension Center in Mills River, NC.  Every summer crowds flock from all over the Southeast to learn what’s new in the world of tomatoes.  Since it’s not always convenient for you to drop what you’re doing to make a road trip to North Carolina, I’ll highlight something I learned from the field day.

The brown marmorated stink bug (BMSB) was introduced into the United States from Asia.  The insect pest was first found in Pennsylvania and is suspected to have made its way to the US in packing material.  BMSB was first reported in 2009 in Hillsborough County, FL and since been found in additional Florida counties.  It has a wide host range including fruits, vegetables, and ornamentals. 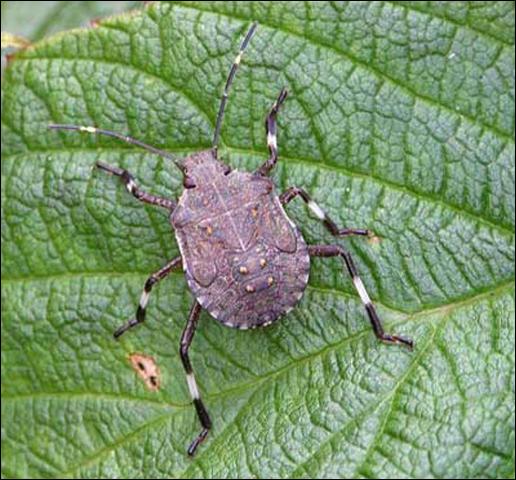 BMSB has a typical stink bug body shape and size with a mottled brown coloring.  The key identification feature is alternating dark and light bands on the last two antennal segments. 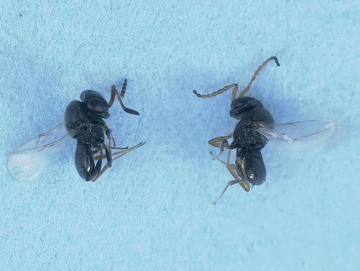 Dr. Walgenbach’s team is currently researching the impact of suppressing BMSB populations by native predators such as: katydids; jumping spiders; earwigs; and lady beetles.  Current observations indicate only a minor effect from these predators on BMSB. 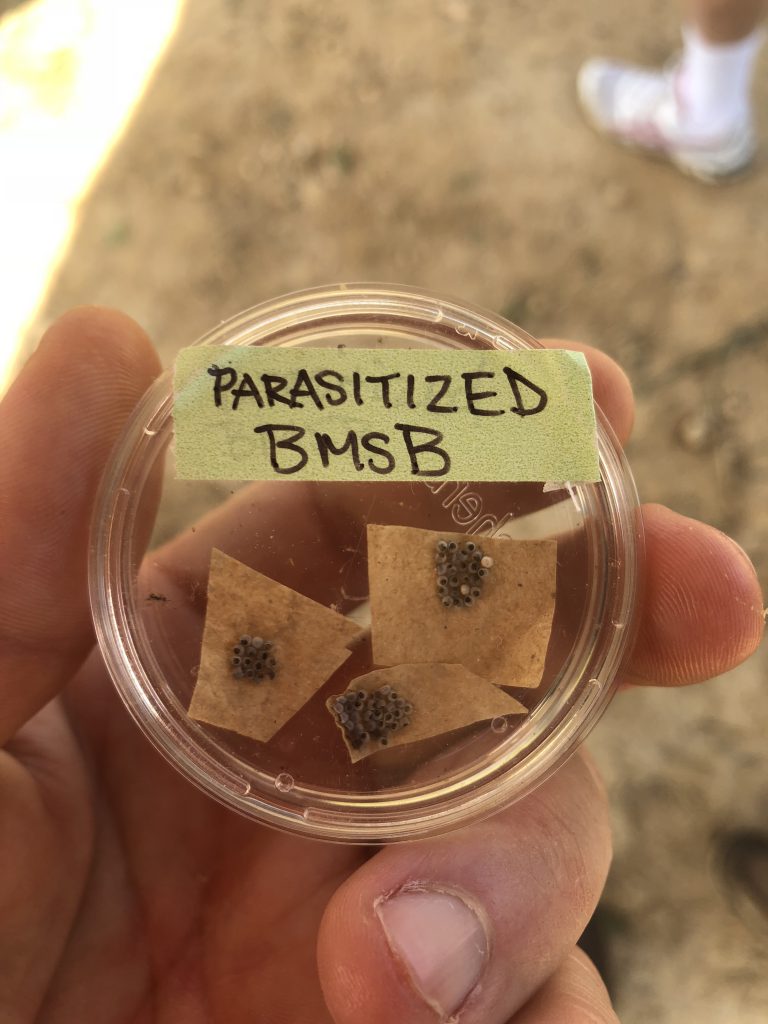 A regional effort has been implemented to monitor the introduction, spread, and efficacy of the Asian parasitoid Trissolcus japonicus.  Trissolcus japonicus is a tiny wasp that parasitizes the eggs of various stink bug species.  It was first collected from China and brought back to quarantine facilities in the US for evaluation, as a potential biological control agent.  Host-specific tests have indicated that T. japonicus prefers to parasitize BMSB eggs over eggs of other stink bug species.  It is suspected that release permits for the wasp will be available from the USDA in the near future.

The brown marmorated stink bug overwinters in homes to keep warm.  If stink bugs are found in yuor home, they may be the BMSB and should be reported to the Florida Department of Agriculture and Consumer Services Division of Plant Industry.  Specimens should be collected for identification.

To follow the research of Dr. Walgenbach and his colleagues, please visit NC State’s Entomology webpage.