Adding Value to Weaned Calves through Preconditioning and Cooperative Board Sales

One of the common questions that agents get from cattle producers is, “How can I get more money for the calves I sell at weaning?”  Certainly, this question is more common near the bottom of the price cycle, such as 2019.  There are a number of production practices that can add value that are outlined in the article:  Increasing Income from Calves Sold at your Local Livestock Market.  But once you have adopted the basic production practices to offer #1 medium-large steer calves, another level of management can be added to further increase the value of the calves you sell.  Preconditioning is the generally accepted term for the process of weaning calves, fully immunizing them with booster vaccinations, and getting them started on supplemental feed for 45-60 days.  The cattle are ready to perform or conditioned for the environment of a feedyard, and are worth more to buyers.

If you choose to add value through preconditioning, the next step is to find an outlet that provides a premium for this additional management.  Buyers at weekly livestock auctions are not willing to pay premiums for calves that have been preconditioned and sold singly or in small groups.  The reason is that these calves would have to be commingled with cattle from other farms into truckloads that have not been manged to the same level.  Unless markets offer special sales with large numbers of similar cattle, buyers can’t fill truckloads and offer significant premiums.  Another option is to join cooperative board sales.  Even larger operations that can sell truckloads direct from the farm benefit from participating in a cooperative sale, because the volume of cattle will attract enough buyers to ensure a fair price due to competitive bidding.

For the past 25 years, cattle producers in Southeast Alabama, Northwest Florida, and Southwest Georgia have sold preconditioned calves in cooperative group sales with the assistance of extension agents and a bonded sale management service.  The basic concept of the Board Sale is a group of producers who market preconditioned cattle together based on set guidelines.  Typically these guidelines require castration, dehorning, weaned and fed for 45-60 days, vaccination and a booster for blackleg, IBR/PI₃/BRSV/BVD, pasteurella, as well as parasite control.  The calves are also identified with tags to enable the buyer to track their performance back to the farm of origin.  By selling together as a cooperative, cattle producers are able to get a premium price, because they have enough volume of similarly managed cattle to attract numerous buyers.  Another advantage of this type of cooperative sale, is that cattle can be sold in advance, with delivery coming straight from the farm.  Cattle are either weighed directly on the farm or on the truck at the nearest truck scale.  This minimizes stress for the cattle, and most importantly reduces the shrinkage (weight loss due to stress & handling) to the end pay weight. There are several questions that are often asked by producers inquiring about participating in board sales.  Sometimes the use of the term auction or sale causes confusion.  There are no cattle present at a board sale auction.  The auction is actually held on a telephone conference call, so buyers can participate from all over the country without leaving their office or living room.  Buyers receive information about the type and management of each lot in the Sale Catalog, including the delivery dates (August, September, or October) as predetermined by the seller.   Buyers can also access videos of the cattle posted on YouTube prior to the auction.   You can view all of the videos of the cattle that were sold on Mosley Brothers Cattle’s YouTube channel.  The following is an example video that was made for the top selling heifer lot which was a load of heifers that sold for $1.17/lb. ($920), from AAA Farms, Marianna, Florida.  Andy Andreasen, owner of AAA Farms, was also the President of the AL SAFE Sale in 2019:

Another common question is, “How do the prices from a board sale compare to selling at the local market or through a national video auction?”  This is not a simple question to answer,  because it is difficult to compare cattle that were sold fresh off the cow in singles or small groups to those in large groups that were sold preconditioned with future delivery dates.  It is also hard to compare with national video auctions that only sell truckload lots of everything from preconditioned all natural calves (no implants or antibiotics) too calves weaned on the truck with varying levels of management. The following is a comparison of reported #1 steer prices from livestock auctions in Alabama the same week as the SAFE Sale, and a huge Superior Livestock Video Auction held the week before the board sale.

First, compare the prices at Alabama Livestock Markets from the same week as the SAFE Sale.  Notice that the smaller groups of lighter weight steers in the board sale were not significantly higher than local markets.  Once you move down to the categories with more than 100 head though, the SAFE Sale prices were $10-18/CWT higher than the traditional weekly auction sales.  It is harder to compare with the huge Superior Livestock Video Royale that featured a total of 172,600 cattle from all across the country, but the numbers in the chart above were just the steers from Region 5:  Mississippi, Alabama, Georgia and Florida.  Their report did not provide the total number of steers in each weight bracket, so I could only figure a simple average rather than the typical weighted average normally used in livestock reports.  Even so, if you look at the price ranges for the SAFE Sale and the Superior Video Auction they were fairly similar.  Bear in mind that this auction had more categories with a wider range of options for premiums.  The main point of the comparison was to show that there are options to gain premiums for weaning cattle and feeding them for 60 days with the health protocols feedlots are willing to pay a premium for.

The final key question that always arises is, “What does it cost to hold cattle for 60 days and provide the extra vaccinations?”  This type of marketing system only works if the cattle stay healthy and gain weight through the majority of the preconditioning period.  If the cattle are fed 10 pounds/head of a 50/50 blend of soyhulls and corn gluten, the feed cost is around $1/hd/day.  With gains of 1.5 – 2 pounds/day, producers can actually add value for the extra labor and management.  But it does require a large pen with good strong fences to keep the calves in after weaning.  Since the cattle remain on the ranch after weaning, and are not commingled with cattle from other farms, there is significantly less stress during the weaning process.  They leave the farm bunk broke, gaining weight with healthy immune systems, before facing the stress of hauling and mixing with other cattle.  This is why the buyers pay a premium for these cattle.

If you are interested in participating in the 2020 Alabama SAFE Sale that will be held next August, contact the sale coordinator – Rickey Hudson, AL Regional Livestock Agent at 334-726-6814, or the sale manager – Little John Mosley, Mosley Bothers Cattle at 229-308-6355 for more information. 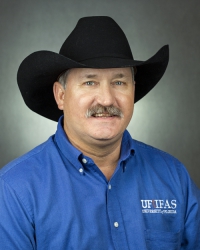