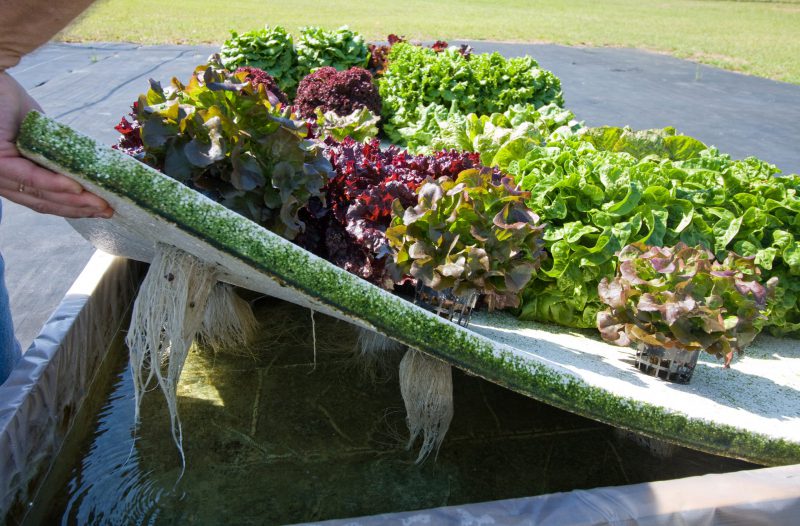 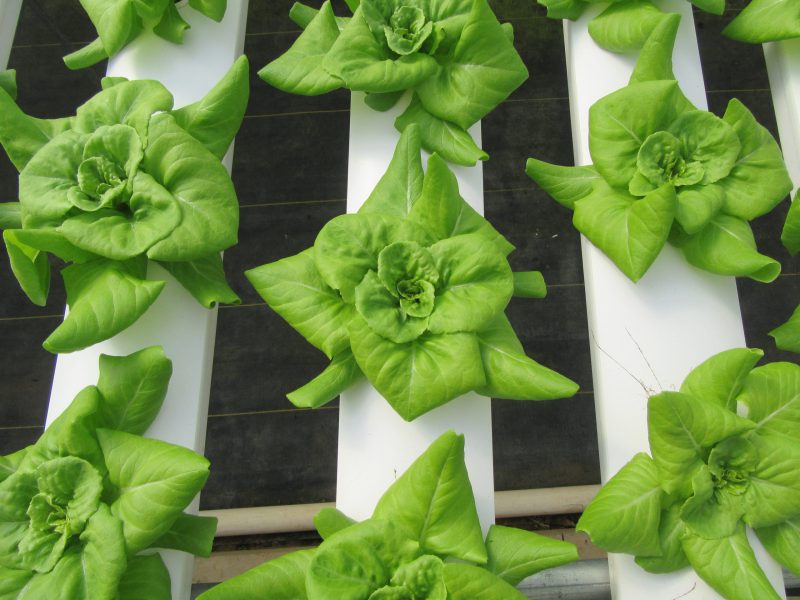 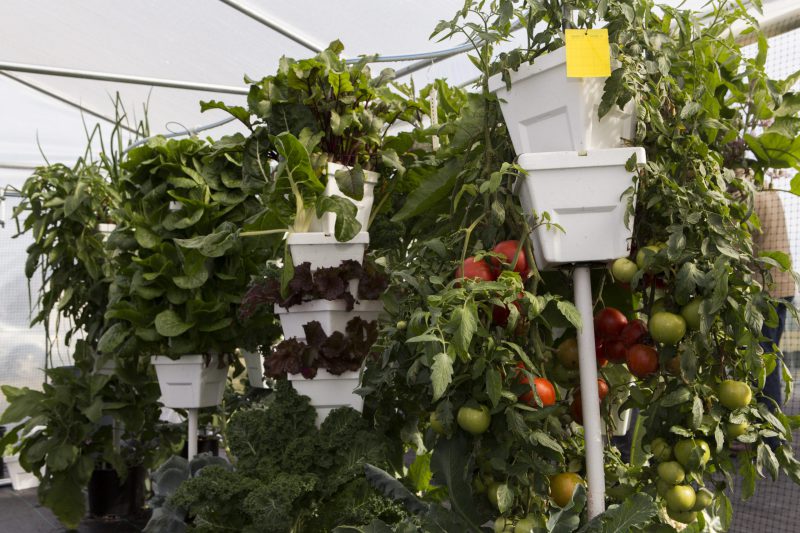 In commercial scale hydroponic production systems, at least two fertilizer stock tanks are necessary.  Calcium nitrate is mixed in the first tank, and the second is used to mix all nutrients needed other than calcium.  Some growers purchase “premix” products for this second tank, but larger operations usually choose to mix their own ingredients to save money.  A separate tank is used for calcium nitrate to prevent calcium carbonate precipitation, due to a reaction with ammonium containing fertilizers.  After concentrated nutrients are diluted with water in the stock tank, the mix is injected into the water line that goes to the irrigation system.  For more information on nutrient mixing guidelines, please visit the publication: “Nutrient Solution Formulation for Hydroponic (Perlite, Rockwool, NFT) Tomatoes in Florida“.

Although all the hydroponic systems described in this article can be operated outdoors, higher quality crops and increased yields can be achieved under cover.  The construction of a greenhouse or other plastic covered structure is recommended for hydroponic production.  Covered structures help protect crops from cold weather, humidity and precipitation, and from insect pests and diseases.  During the summer months in Florida, heat, humidity, and pest pressure are too extreme to produce a successful crop under a protective structure.  Commercial hydroponic growers usually take time during the summer to clean out their spring crop residue, and sanitize equipment in preparation for the fall growing season.  However, some growers have been successful growing a summer crop outside of a protective structure.  Some growers even install coolers in their stock tanks to extend the growing season into the summer.

Whether you’re looking to diversify your farming operation or just want to try it on a small scale to feed your family, hydroponic production may be something to dabble with.  At the very least, you will have fresh produce for your family throughout the year!