La Niña is Here to Stay for a While 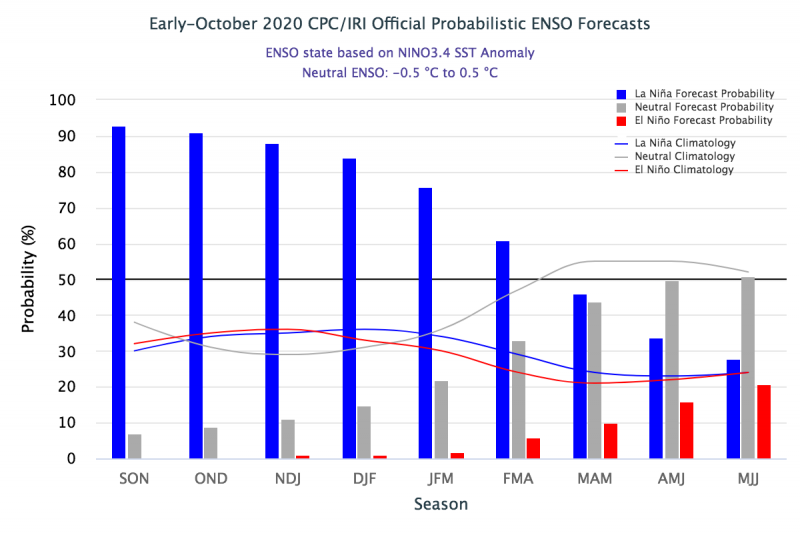 The latest La Niña advisory was released today by NOAA’s Climate Prediction Center (CPC). It shows that a strong La Nina signal is in place in the eastern Pacific Ocean, and that the winds are now in sync with the ocean conditions. This means that La Niña is likely to continue through the winter months and into next spring. In the CPC’s latest report they provide the following summary statement:

A majority of the models predict La Niña (Niño-3.4 index less than -0.5°C) to persist through the Northern Hemisphere winter 2020-21 and to weaken during the spring. The latest forecasts from several models, suggest the likelihood of a moderate or even strong La Nina (Niño-3.4 index values < -1.0°C) during the peak November-January season. The forecaster consensus supports that view in light of significant atmosphere-ocean coupling already in place. In summary, La Niña is likely to continue through the Northern Hemisphere winter 2020-21 (~85% chance) and into spring 2021 (~60% chance) during February-April.

The consensus of a majority of the models is that this event is likely to remain relatively weak, which means the strongest effects are likely to be limited to Florida, Southern Georgia and Alabama. That would include warmer and sunnier than normal conditions as well as drier than normal precipitation. La Niña is not linked to late frosts. However, if neutral conditions return in early 2021 late spring frosts would become more likely. We also know that summers after a La Niña are more likely to experience drought, because of the lack of soil moisture recharge over the cool winter months. 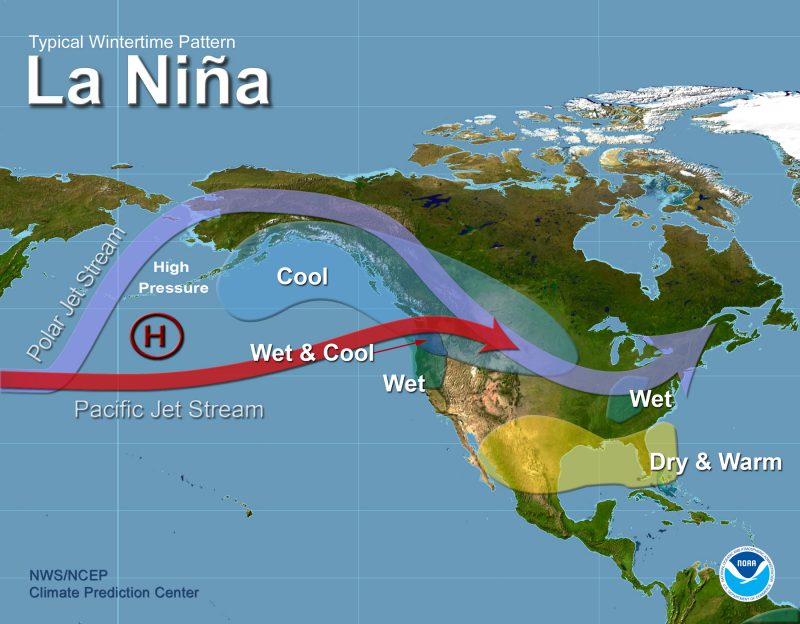