If you feel like you are “behind” in your pricing/price protection and have been waiting for opportunity to get caught up, here you go.  We mentioned a couple of weeks ago that prices (December futures) were most likely to range from 78 to 86 cents depending on weather, demand and exports, and other factors.  We have now moved to the upper side of that quicker than anticipated. 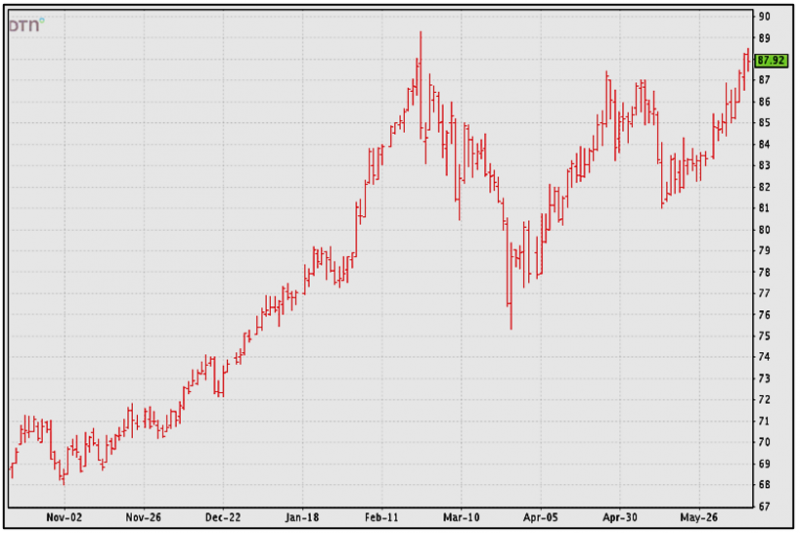 Through Friday last week, new crop December futures had advanced 6.7 cents since mid-May.  December gained 2.04 cents for the week last week—setting a new contract high at over 88 cents on Thursday.  The week closed with a slightly down day on Friday at 87.92 cents.

We now have a potential “triple top” forming at 87 to 88 cents.  What does that mean to the grower in common sense language?  It means price has tried to break the “ceiling” at 87 to 88 cents 3 times now but has been unable yet to do so.  NOTE—prices are down sharply today.

Weather across the cotton belt has become a real mixed bag—improved in some areas, still dry in some areas, needing to dry out in other areas.  Weather has been one factor contributing to the upward price trend over the past few weeks.

USDA released its June supply/demand estimates on Thursday of last week.  The numbers were very favorable and supportive for prices. 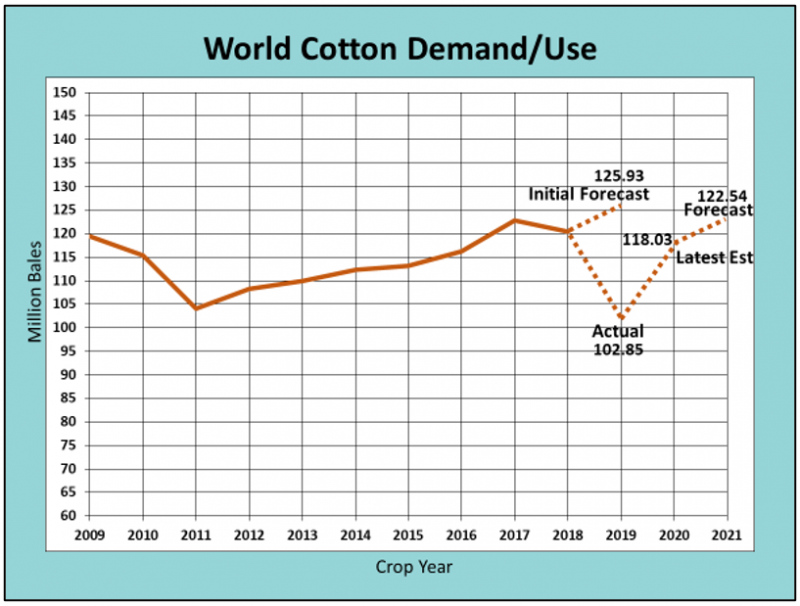 Prices are being fueled by expected continued strength in Use and, at this point, much uncertainty in the US crop.  This months 1 million bale bump-up in projected 2021 crop demand is further evidence of current optimism.  The first estimate of US actual acres planted will be out on June 30.  This is a huge unknown due to weather and high prices for competing crops.  The June 30 number may help settle the direction this market ultimately takes.

Could price go higher?  Yes.  But if you don’t have a “comfortable” level of expected production already protected, now might be a good opportunity to further protect from possible lower prices.