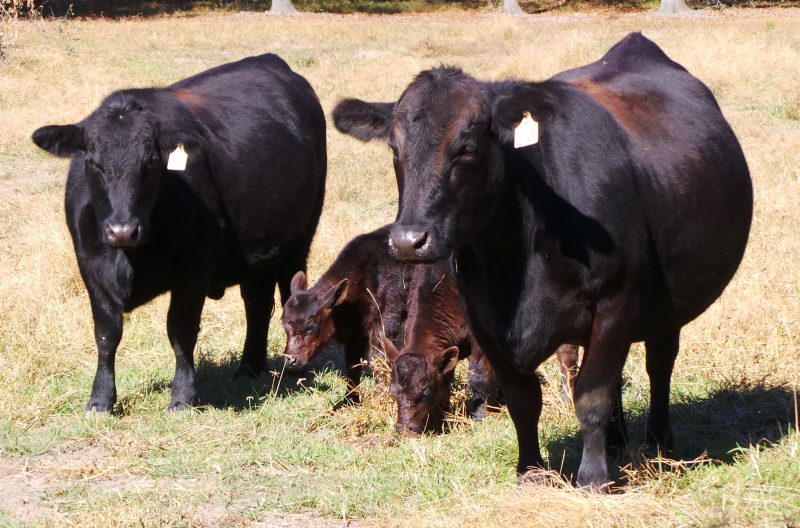 Continuing our discussion on maximizing revenues generated by cow/calf operations, this article will focus on herd reproductive management. Previously we looked at 1) Can Cow/Calf Operations Increase Revenue to Help Offset Input Costs? and 2) Maximizing Revenues through Sire Selection.

You may recall that one of the main points from the first article in this series was, “If you want to increase revenues on a cow/calf operation, you must sell more pounds and/or make the pounds you sell more valuable”.  Reproductive management is absolutely key to selling more pounds. Effective reproductive management leads to a higher percentage of cows becoming pregnant in a timely manner and ultimately to older, heavier, more valuable calves at weaning.

To have any real, meaningful opportunity to implement changes on your operation that will positively impact revenues you must first have a defined breeding/calving season. If you have cows and calves at all stages of the production cycle throughout the year you really can’t manage anything.  Having a defined breeding/calving season benefits the cow/calf operation in two main ways:

To realize any of the associated benefits, the breeding/calving season really needs to be less than 120 days long – ideally 90 days or less. As subsequent articles in this series will illustrate, the tighter the calving window, the better in terms of being able to successfully implement cost saving strategies and maximizing potential revenue.

If you are currently breeding/calving year-round, I highly recommend you take steps to implement defined seasons.  The following are a few general thoughts regarding transitioning a herd from year-round to defined breeding/calving seasons.

There is not a one-size-fits-all approach to effectively transitioning a herd from year-round breeding/calving to a defined season. If you are considering making the transition, contact your local UF/IFAS Extension Office or contact me directly, I would be happy to discuss your situation in depth and help you formulate a plan.

After breeding/calving seasons are established, sound culling practices are essential, as they allow defined breeding/calving seasons to remain in place and are largely responsible for overall improvement in the quality of the cow herd. Cows that don’t get bred in the defined season should be culled. There will be another article in this series which will focus more on culling practices and marketing cull cows.

Having a defined calving season means that there is a set starting date, and implies that there is a set weaning date. For conversation’s sake, let’s consider “weaning day” to be 205 days (seven months +/-) after the beginning of calving season. If calving season is 90 days long that means that on weaning day the oldest calves will be 205 days old and the youngest calves will only be 115 days old. Think about the value difference of the oldest and youngest calves in the group – a four month old calf verses a seven month old calf. How much more valuable would the youngest calf have been if he was born on the first day of the breeding season?

I understand that most people would not actually market a four month old calf, but having multiple weaning dates diminishes the advantages of having a defined calving season. Beyond that, the chances of a cow that is bred at the very end of the breeding season rebreeding fast enough to remain in the herd the following year are fairly low.

Commonly, estrous synchronization is thought of solely as a means to achieve timed AI. While there is real value associated with being able to use premium AI sires (see Maximizing Revenues through Sire Selection) there is also real value in the synchronization process itself. Synchronizing a herd and implementing timed AI creates a situation where every cow in the herd has the opportunity to become pregnant on the first day of the breeding season. By design, the synchronization protocols typically used with natural service do not cause every cow to come into heat at exactly the same time, but they greatly increase the percentage of animals able to become pregnant very early in the breeding season.

Synchronization has the potential to tremendously shift calving distribution, resulting in more calves born earlier in calving season which translates into older, heavier, more valuable calves at weaning. As with everything in life, there are tradeoffs. Timed AI protocols, which allow for the use of superior genetics and have the greatest impact on calving distribution require the greatest investment of time and money. Whereas natural service protocols are simpler and require less investment of time and money, but the results may not be as striking.

Deciding on the most effective strategies, and successfully implementing reproductive management strategies on your operation can be challenging, because there are many factors that come into play. Review the resources linked below and talk with your local UF/IFAS Agriculture Extension Agent or myself for more guidance on this complicated but important aspect of cattle management.

The Importance of the Calving Distribution for Cow/Calf Operations

The Cost of Late Calving Cows

What are the Long-Term Impacts of Estrus Synchronization and Artificial Insemination?

Use of Natural Service Sires with Synchronized Estrus