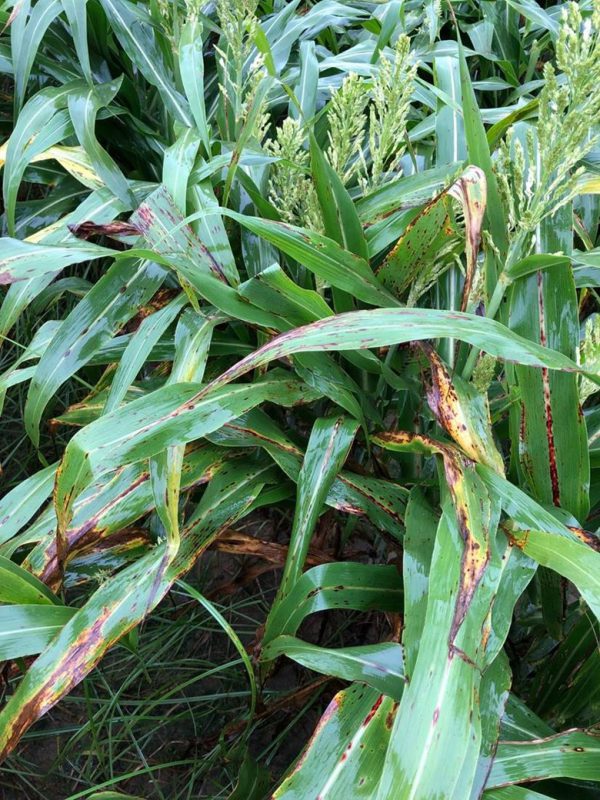 Anthracnose levels have been increasing and documented in later planted Grain Sorghum this week. If you have any planted acres, now is the time to scout for disease if you have not already. This disease is often not too bad but can move quickly and cause yield loss. Some people reported that it wasn’t visible at all a week ago but with our recent weather it is now in many fields. Certain varieties are more susceptible to anthracnose and later in the growing season it is worse. Fungicides can help with this problem, but the application needs to go out quickly. Labeled fungicides of choice include Topguard, Priaxor, and Veltyma, among others. Contact your local extension office for rates and more information. If grain is already hard its far enough along that a fungicide won’t be needed. Some of the worst affected fields documented have been milo planted after corn under a pivot.

Another pest issue to be aware of is the white sugarcane aphid. They have also been a problem this year in milo. 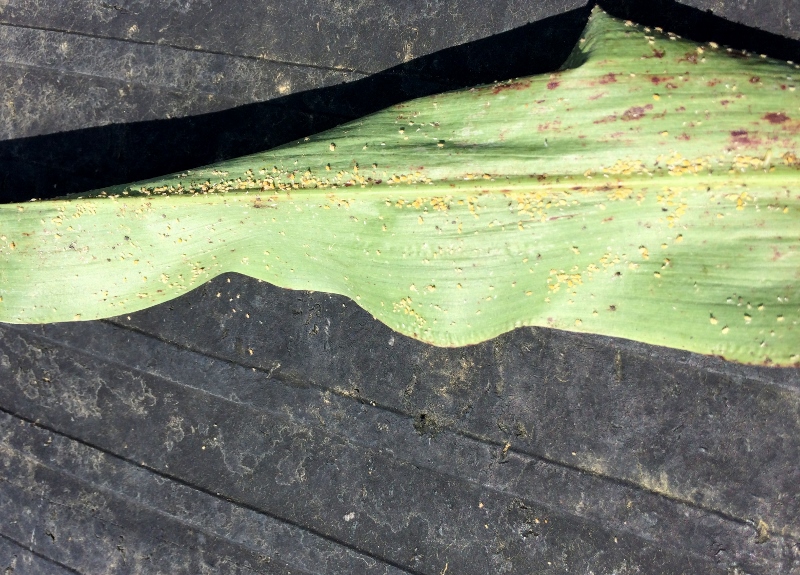