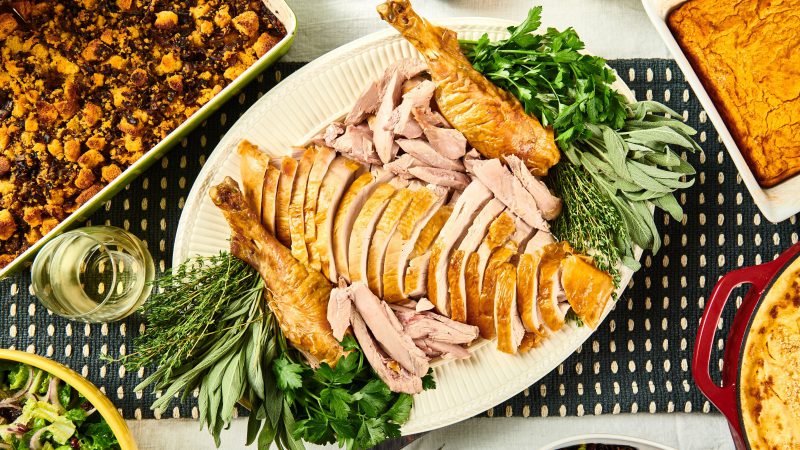 The cost of a traditional Thanksgiving Dinner for 10 is up 20% in 2022, according to American Farm Bureau. Credit: National Turkey Federation

Spending time with family and friends at Thanksgiving remains important for many Americans and this year the cost of the meal is also top of mind. Farm Bureau’s 37th annual survey provides a snapshot of the average cost of this year’s classic Thanksgiving feast for 10, which is $64.05 or less than $6.50 per person. This is a $10.74 or 20% increase from last year’s average of $53.31. 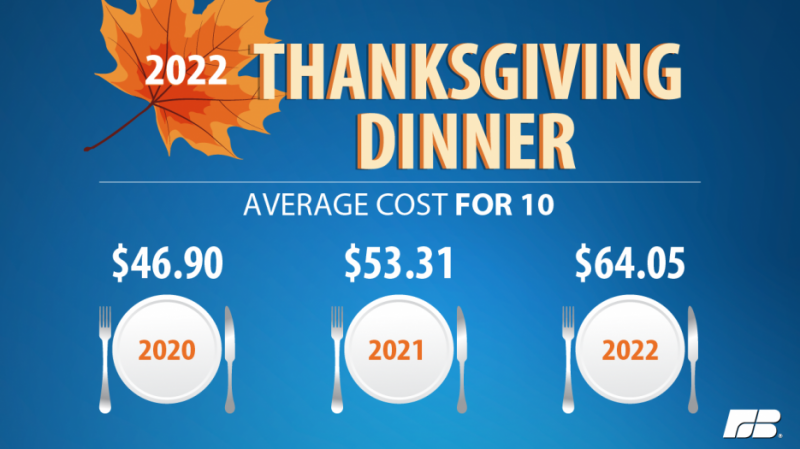 The centerpiece on most Thanksgiving tables – the turkey – costs more than last year, at $28.96 for a 16-pound bird. That’s $1.81 per pound, up 21% from last year, due to several factors beyond general inflation. Farm Bureau “volunteer shoppers” checked prices Oct. 18-31, before most grocery store chains began featuring whole frozen turkeys at sharply lower prices. According to USDA Agricultural Marketing Service data, the average per-pound feature price for whole frozen turkeys was $1.11 the week of Nov. 3-9 and 95 cents the week of Nov. 10-16, a decline of 14% in just one week; and the share of stores offering feature prices rose from 29% to 60%. This means consumers who have not yet purchased a turkey should be able to find one at a lower cost than the Farm Bureau average. 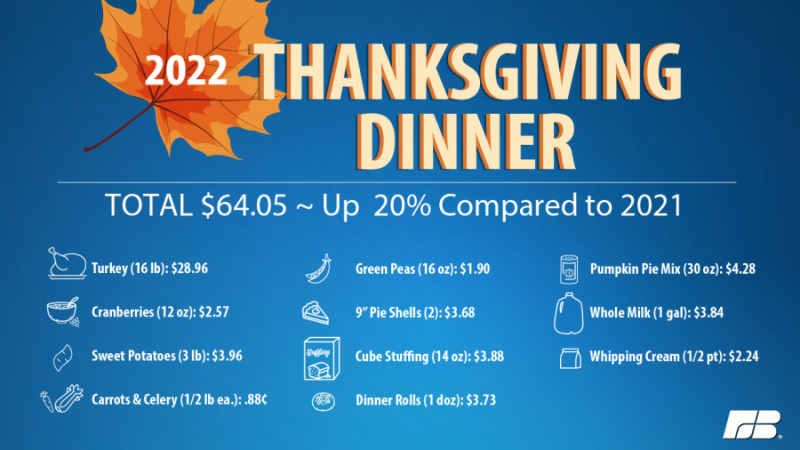 “General inflation slashing the purchasing power of consumers is a significant factor contributing to the increase in average cost of this year’s Thanksgiving dinner,” said AFBF Chief Economist Roger Cryan. General inflation has been running 7% to 9% in recent months, while the most recent Consumer Price Index report for food consumed at home reveals a 12% increase over the past year.

“Other contributing factors to the increased cost for the meal include supply chain disruptions and the war in Ukraine,” Cryan said. “The higher retail turkey cost at the grocery store can also be attributed to a slightly smaller flock this year, increased feed costs and lighter processing weights.” Cryan said the supply of whole turkeys available to consumers should be adequate this year, although there may be temporary, regional shortages in some states where avian influenza was detected earlier this year.

“Farmers are working hard to meet growing demands for food – both here in the U.S. and globally – while facing rising prices for fuel, fertilizer and other inputs,” said Cryan.

“We should not take our food supply for granted,” said AFBF President Zippy Duvall. “Supporting sustainable productive agriculture in the U.S. and globally is imperative. As many of us gather with family and friends for a special meal, it’s a time for giving thanks and doing our part to help those who can’t afford a big holiday feast,” he added. “State and local Farm Bureaus across the country have strong partnerships with local food banks and I’m proud of their collective efforts to help ensure no one goes hungry.”

In recognition of changes in Thanksgiving dinner traditions, the Farm Bureau price survey also includes ham, Russet potatoes and frozen green beans, in an expanded holiday menu. Adding these foods to the classic Thanksgiving menu increased the overall cost by $17.25, to $81.30. This updated basket of foods also increased in price (up 18%) compared to 2021.

The AFBF Thanksgiving dinner survey was first conducted in 1986. The informal survey provides a record of comparative holiday meal costs over the years. Farm Bureau’s classic survey menu has remained unchanged since 1986 to allow for consistent price comparisons. 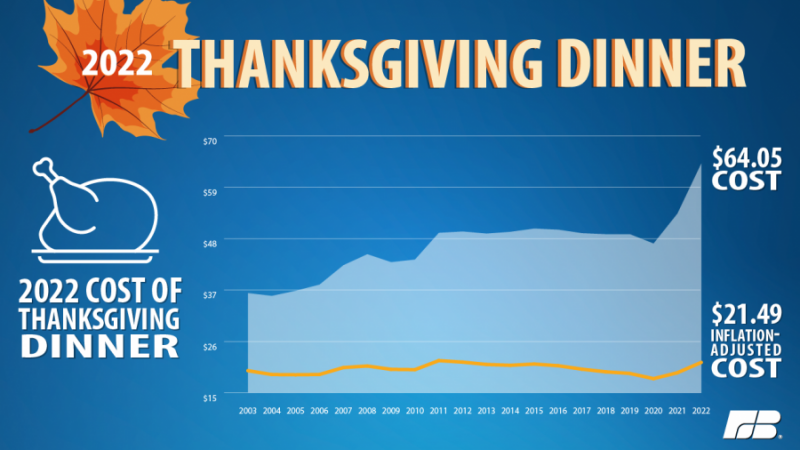 The shopping list for Farm Bureau’s informal survey includes turkey, stuffing, sweet potatoes, rolls with butter, peas, cranberries, a veggie tray, pumpkin pie with whipped cream, and coffee and milk, all in quantities sufficient to serve a family of 10 with plenty for leftovers.