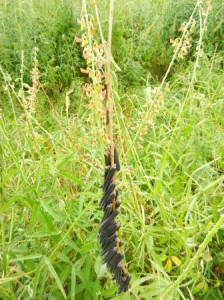 Recently an unusual weed has been spotted in pastures across Santa Rosa County.  After research on the specific genus and species the weed has been identified as Crotalaria lanceolata (Lanceleaf Rattlebox).  There are dozens of Crotalaria species in Florida.  Most are toxic to man and livestock, particularly the seeds, and can reduce productivity and even cause death.

For Identification of Lanceleaf rattlebox compared to other Crotalaria species refer to this key:  Crotalaria key

At this time of year, mowing is the best control to prevent livestock consumption.  Be prepared to apply herbicides next spring to reduce the population.  Herbicides recommended for crotalaira control are 2,4-D, Weedmaster, and GrazonNext. 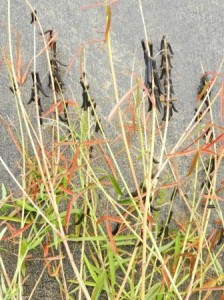