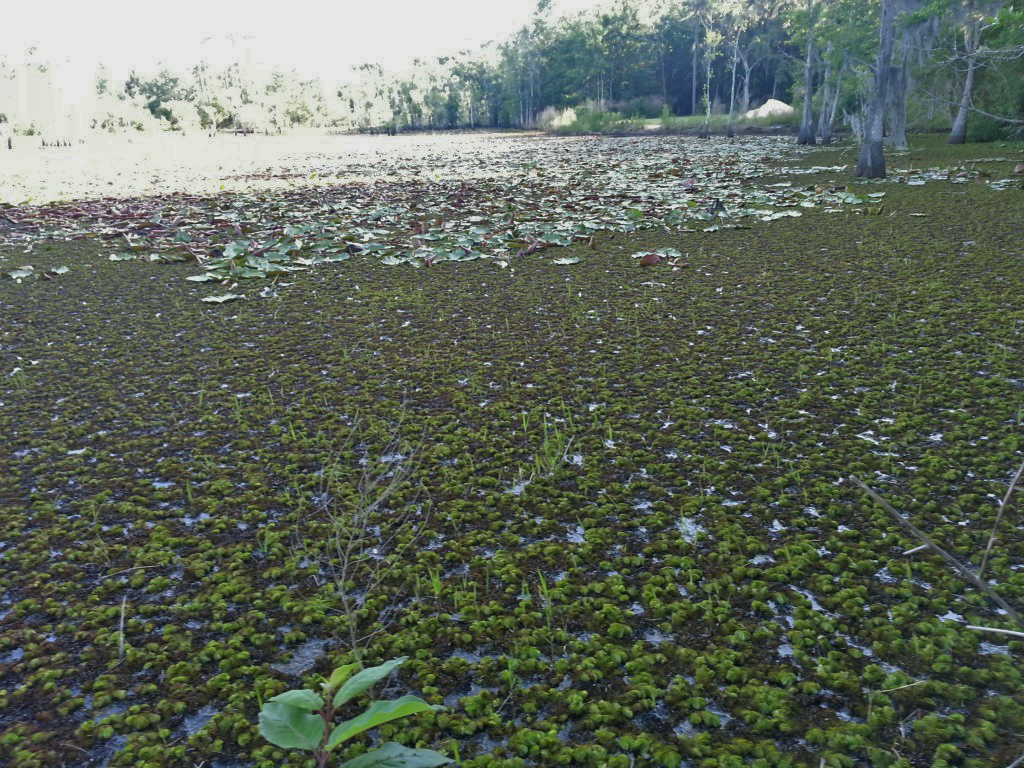 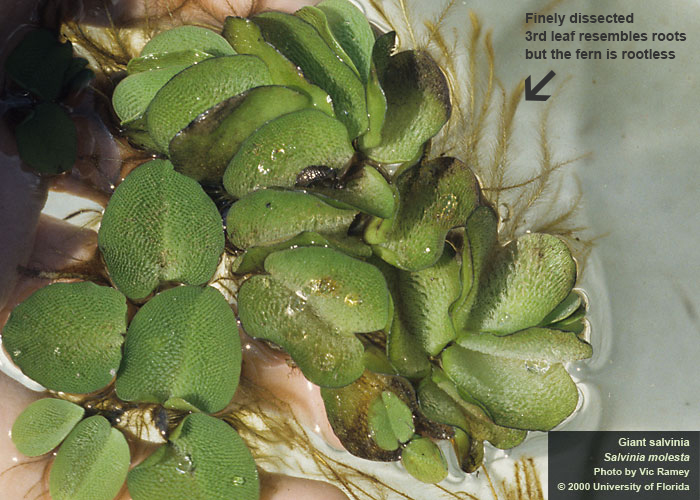 Giant Salvina is native to southeastern Brazil and northern Argentina. It is a floating aquatic fern that prefers slow moving, fertile, warm, freshwater. It can spread by vegetative fragments. According to Dr. Stephen Enloe, UF/IFAS Center for Aquatic and Invasive Plants, “This weed has demonstrated it’s ability to be extremely problematic. We have watched what this weed has done in places like Texas and Louisiana where it has devastated lake after lake, completely covering them with it’s very rapid growth. That has not happened yet in Florida and we certainly do not want it to.”

“Giant Salvinia”, salvinia molesta, showed up in various locations in Northwest Florida seven to ten years ago. It was one of the featured plants discussed during the National Invasive Species Awareness Week in 2016.  It is on the “100 of the worlds worst invasive species list,” as of 2013.  It has been located as far west in the Panhandle of Florida as Pensacola. Please see the current Distribution map for specific locations, or the map below which shows counties in Florida where this troublesome weed has been reported.. 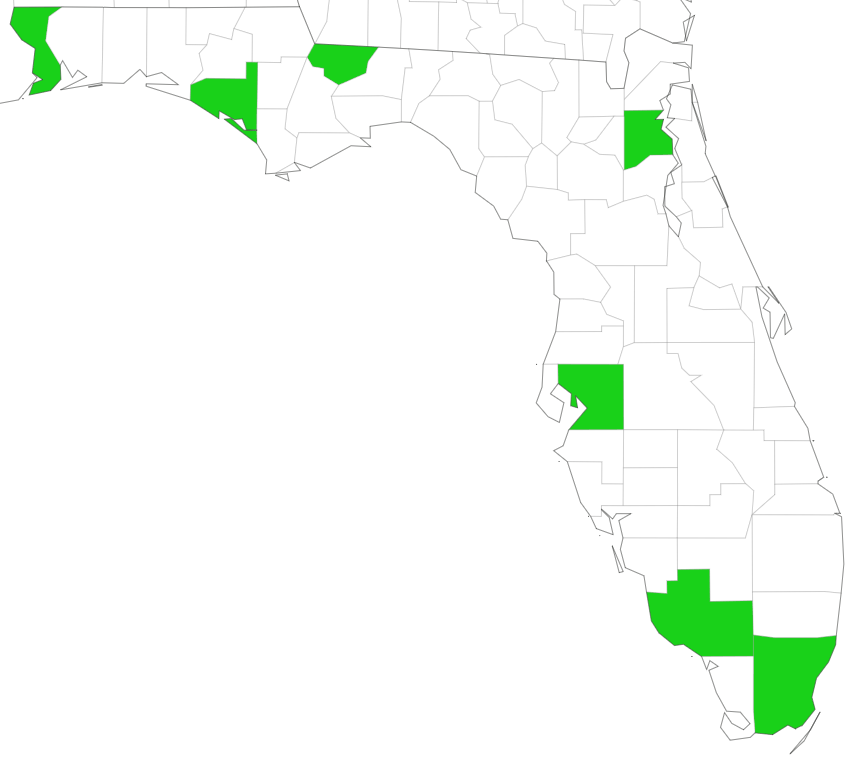 Derek Fussell with FWC Invasive Aquatic Plant Management talks with UF/IFAS Extension Agent Julie McConnell about Giant Salvinia, a species of concern for Deer Point Lake in Bay County and the potential problem for the rest of Florida. In the video below, we learn about how to identify and report Giant Salvinia, a floating freshwater aquatic plant that can grow rapidly if not correctly managed.

For more information on giant salvinia and other aquatic weeds, use the following links: